Breaking
ESBC Major Updates: Tons Of Heavyweight Greats Added...
5 On-Demand Courses To Help Develop Your Leadership...
How to Run Nonprofit Marketing Ads
Entrepreneurs Are Bringing Transparency To Home Buying And...
Best Incentive To Get Vaccinated: Money, Messaging, Or...
Page Level Query Analysis at Scale with Google...
How A CIO Can Align IT With Business...
Blogger of the Month: Jo, Girl Eats World
6 Things Women In Business Know That Men...
How to Use First-Party Data for Ad Personalization
Pressing Reset—Putting A Fallen Unicorn Back On Its...
How We Went Viral: Promoting Content with Influencers,...
Blame Olympic Record Price Tag For Return To...
Apple iOS 14.5 Release: Should You Upgrade?
How to Come up with Podcast Topics and...
Why Gaming Gear Company Razer Launched A $50...
Home Business Unmasking Differing U.S. And South Korean Approaches To COVID-19
Business 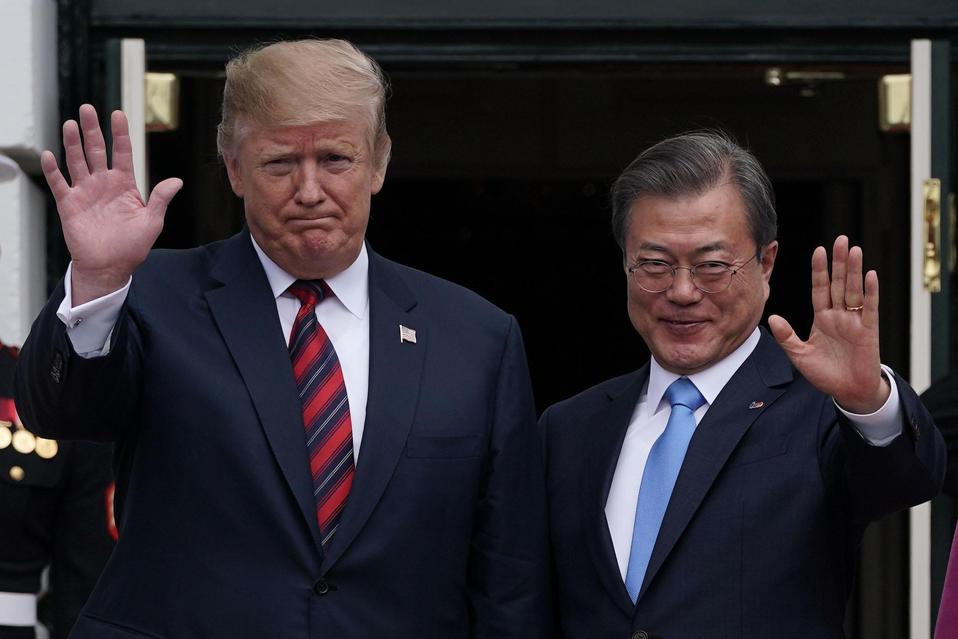 U.S. specialists are carefully learning from the experiences of early-hit countries like South Korea in flattening the curve of infection from COVID-19. South Korea’s early response is laudable but not necessarily replicable in the U.S. system. In both countries, face mask availability is a political lightning rod in the politics of public health. Policies governing face masks and other protective equipment access have revealed the high political stakes of government responses to the crisis in an election year in both countries.

Sociologists Kim Jin-won and Kim Jae-hyung observed last week in The Independent that wearing masks in public is an essential component of Korean social distancing strategies. Air quality issues have made masks an essential accessory in South Korea, while mask-wearing remains a novelty and symbol of possible sickness on the streets of Washington, D.C. Amidst the COVID-19 pandemic, U.S. specialists have asserted that masks do not protect the mask-wearer and should only be worn if one is already ill. It has become a patriotic duty for Americans to stay at home and not to hoard masks, food or toilet paper.

But the differences go deeper still. In South Korea, the availability of face masks has become a political lightning rod for the administration of South Korean President Moon Jae-in and a litmus test for government performance. The South Korean public criticized the Moon administration for providing masks in support of China’s crisis response and leaving South Korea short when COVID-19 cases spiked in Daegu. The mask shortage and skyrocketing demand in South Korea outstripped production, requiring the government to institute strict rationing of mask purchases from pharmacies across the nation.

The Trump administration has brushed aside the lack of face mask availability to the public by asking Americans to save them for healthcare professionals. The administration has touted its efforts to work with the private sector to step in and meet that demand. But as states and localities attempt to procure protective equipment for their hospitals, frustrations have arisen both about manufacturing and procurement bottlenecks and the ability of the federal government to expeditiously meet growing national demand for the protective equipment necessary to treat COVID-19. As testing ramps up in the United States, public health sector access to protective equipment has become a measure of government efforts to equip the public health sector with the tools necessary to fight the virus.

Access to testing in the United States has emerged as an even more contentious issue that South Korea sidestepped through its ambitious and comprehensive rollout of COVID-19 testing. Widespread availability of COVID-19 testing in South Korea has worked in combination with social distancing measures to isolate community spread clusters and possibly shorten the duration of restrictions on economic activity. But limitations on test availability have hampered U.S. efforts to combat the disease and resulted in less targeted and increasingly draconian public appeals from state officials to restrict social movement. Trump also appears to have missed an opportunity to make a deal with President Moon to provide millions of COVID-19 test kits to the United States in exchange for dropping outrageous military burden-sharing demands in Special Measures Agreement (SMA) negotiations.

In response, Trump is casting the battle against an unseen enemy in wartime terms in his first major crisis as president. Trump has sought an unprecedentedly large financial stimulus for affected sectors and individuals and has called on the private sector to ramp up production of medical gear in response to the crisis. Despite these efforts, there is palpable anxiety that the system will be overwhelmed with sick people in need of critical equipment such as ventilators and protective gear, and there is frustration at the state level that competition among the states is driving up prices. 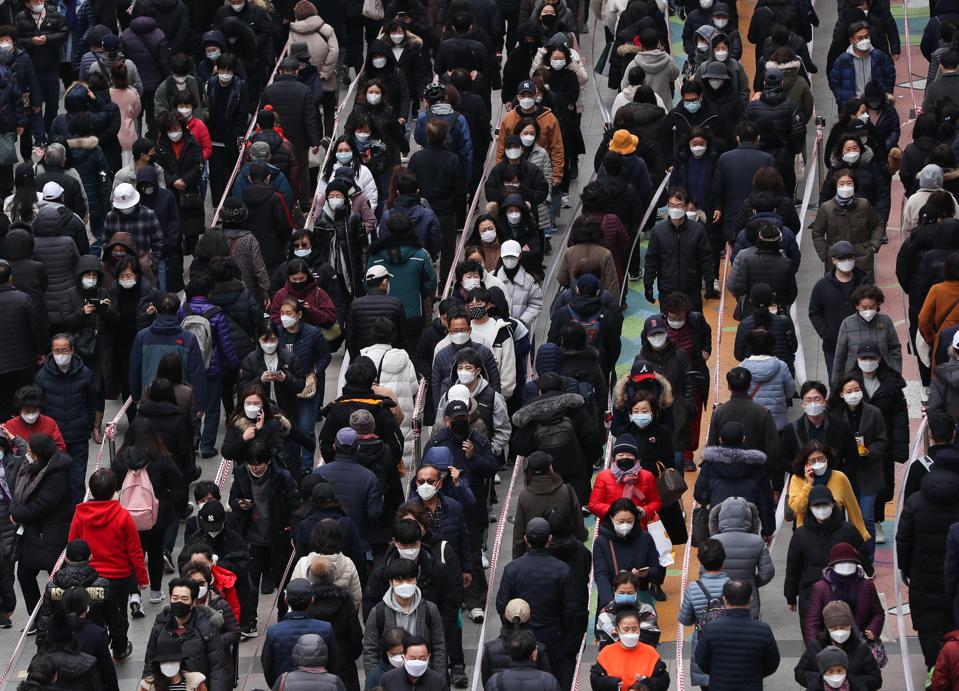 People line up to buy face masks in front of a department store in Seoul, South Korea on March 3, … [+] 2020. Each person was only allowed to buy a maximum of five pieces.

Politically, the COVID-19 crisis has unmasked failures of preparedness for a health crisis of potentially unprecedented magnitude that have suddenly become points of vulnerability in an election year. The political ground under U.S. President Donald J. Trump’s feet is rapidly shifting. The Trump administration’s removal of a Center for Disease Control representative in Beijing and disbanding of a National Security Council office in charge of global health and security and bio-defense have become political liabilities. The pandemic has erased economic gains experienced under the Trump administration that would normally have provided a political advantage to the incumbent. The U.S. unemployment rate could jump from 3% to 30% in the coming months.

A sudden curb on public political campaigning has confined Trump to the White House press room, where public health facts compete for time with Trump’s efforts to evade political responsibility in managing the COVID-19 response. Trump proclaims that his early travel ban on China has been vindicated, but that bureaucratic red tape inherited from prior administrations has slowed his efforts to combat the “Chinese virus.” Meanwhile, the crisis and resulting postponements of many state primaries have halted Democratic campaigning. It remains unclear whether the virus will engulf Trump’s campaign or whether he can channel the fears of his supports into political benefit.

COVID-19 has not altered Trump’s approach to the Korean Peninsula. Trump’s continued letters to North Korean leader Kim Jong-un offering help to the country, which has no officially reported cases of coronavirus, keep concerns alive that Trump’s political desperation could lead him to use a deal with Kim to distract from problems at home.

Scott A. Snyder is Senior Fellow for Korea Studies at the Council on Foreign Relations and author of South Korea at the Crossroads: Autonomy and Alliance in an Era of Rival Powers. A Korean language version of this column was originally published in Korean in Munhwa Ilbo.

Travel Restrictions Create A Direct A380 Australia To London Flight