Breaking
Meet Onesimus, The Enslaved Man Who Saved Boston...
How to Build a Sales Forecast Model
The Unexpected Ways COVID-19 Has Forever Changed What...
Google Posts: Conversion Factor — Not Ranking Factor
How To Bring Your Branding To Life
Coinbase Cofounders And Investors Poised To Rake In...
How To Stay Top-of-Mind For Your Audience With...
Employers: Eight Red Flags You May Not Notice...
The benefits of videoing in the automotive industry
Ted Lasso, Other Apple TV+ Shows Arriving Soon...
How To Incorporate Click And Collect Into Your...
What Are Working Capital Loans and When Should...
The 10 Biggest Trends in Entrepreneurship to Look...
Clubhouse Has Grown 10X In Two Months. Here’s...
Here’s Why Tyson Foods Stock Looks Undervalued At...
How To Maintain Client Relationships During Long Projects
Home Finance Unstable Mineral Supply Threatens Electric Car, Green Projects, Justifies Undersea, Space Mining; Report
Finance 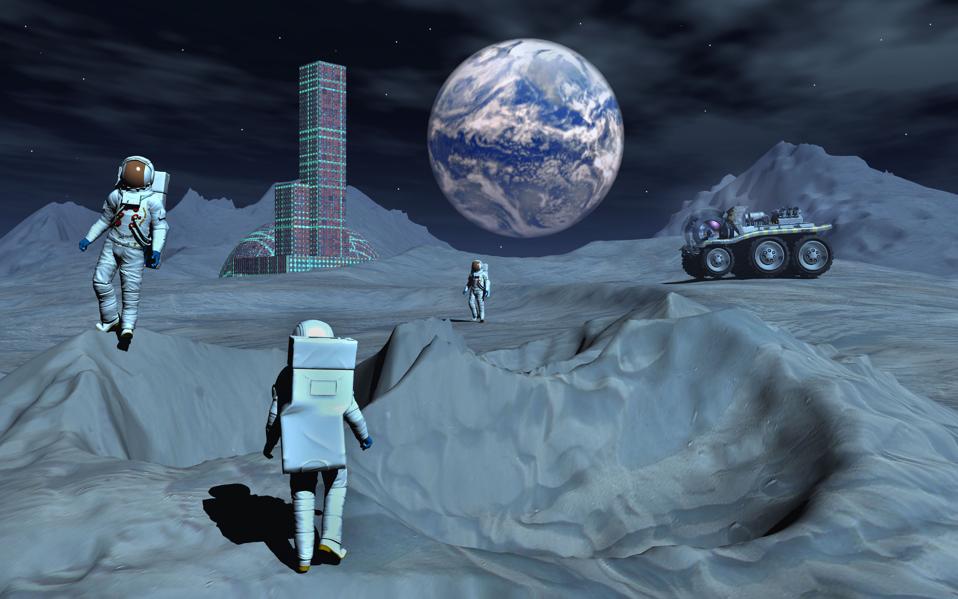 In The Future Man Will Return To The Moon, They Will Set Up Bases , & Start Mining For Mineral Rich … [+] Resources.

The advent of the electric car is threatened by a few known knowns like range anxiety, high prices, and a thin recharging network, but now, according to a report from the University of Sussex, lurking in the background are possible shortages of the raw materials at the heart of this low-carbon revolution, which threaten to derail the whole project.

Making sure of adequate supplies is so important, mining under the sea, or even on other planets, would be justified, according to the report.

The automotive industry in Europe has been spending massively to embrace the electric car. On Thursday, Europe’s number one auto maker, Volkswagen, raised the stakes of its electric plans by bringing forward its target of producing one million electric cars a year by two years, to the end of 2023. By 2025 this will reach 1.5 million a year.

VW has a 33 billion euro ($37 billion) electric car investment plan through 2024. It has said by 2025, at least 25% of its global sales will be all-electric. Other giants of the European and global industry have similar, if perhaps not quite so adventurous, electric plans. VW didn’t respond to questions about the security of its supplies of important minerals. 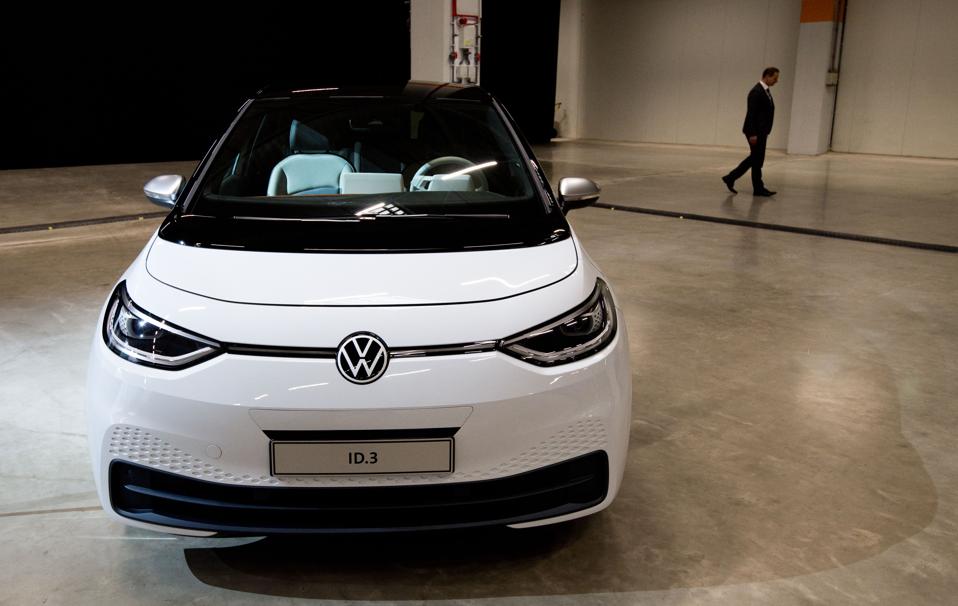 An electric Volkswagen ID.3, to be launched on the market later this year. (Photo by Julian … [+] Stratenschulte/picture alliance via Getty Images)

But what if the steady supply of crucial minerals was disrupted, like cobalt, copper, lithium, cadmium, and rare earth elements needed for autonomous cars’ photovoltaics, batteries, electric motors, wind turbines, and fuel cells?

According to a report published Friday by Britain’s University of Sussex,

the green revolution could be at risk unless new international agreements and government mechanisms are put in place to ensure a sustainable supply of these crucial mineral components.

According to Benjamin Sovacool, Professor of Energy Policy at the University of Sussex and a co-author of the report, not only is the extraction of some of these important minerals often dangerous to miners, but some countries which source these rare minerals are unstable and this could lead to unreliable supply.

The supply of these crucial components for a low-carbon future is so important, it might be justifiable to open up mining under the sea, or even seek them on other planets.

“As the extraction through terrestrial mining becomes more challenging, the on-land reserves of some terrestrial minerals dwindle or the social resistance in some countries escalates, even oceanic or even space-base mineral reserves will become a plausible source,” Sovacool said in the report.

Sovacool said the Clipperton Fracture Zone, a 4,500 mile-long area in the Pacific Ocean off Central America, has huge reserves of manganese, nickel, copper and cobalt.

“Previous studies have shown that demand will outweigh reserves in the not too distant future; estimates put the demand for cobalt at over 400% of current reserves by 2050, with Lithium demand also exceeding 100% of reserves by then,” Sovacool said.

“Three of the top five countries – Bolivia, China and Argentina – with largest recoverable lithium stocks, are associated with high forms of institutional risk and are not producing relative to their reserves. The U.S. Geological Survey’s 2019 mineral commodities summary cites Chile as having roughly three times the lithium reserves of Australia, despite Australia producing 51,000 tons to Chile’s 16,000 tons. Similarly, Argentina’s 14.8 million tons of resources and 2,000,000 tons of reserves only produced 6,200 tons of the 85,000 mined in 2018 while Bolivia has yet to even develop its resources despite the supposed 9 million tons of lithium embedded in its geological formations,”  Sovacool said.

The mining industry isn’t taking the low-carbon revolution seriously enough and needs to make it a priority. Governments need to intervene to refocus minds, but he didn’t say how.

“The mining industry has yet to adequately shift its focus and resources on to these vital minerals and metals in order to meet the projected demand. The U.S. Geological Survey’s most recent exploration review shows that gold and silver still accounted for the majority of active exploration sites, and that the renewable materials market is not a priority. Government intervention will also likely be necessary to aid in addressing knowledge externalities,” Sovacool said.