The Centers For Disease Control on Thursday released a new version of its coronavirus guidelines for schools that strongly encourage in-person classes, coming after President Donald Trump criticized the agency for being too strict earlier this month as he pushes for school reopenings. 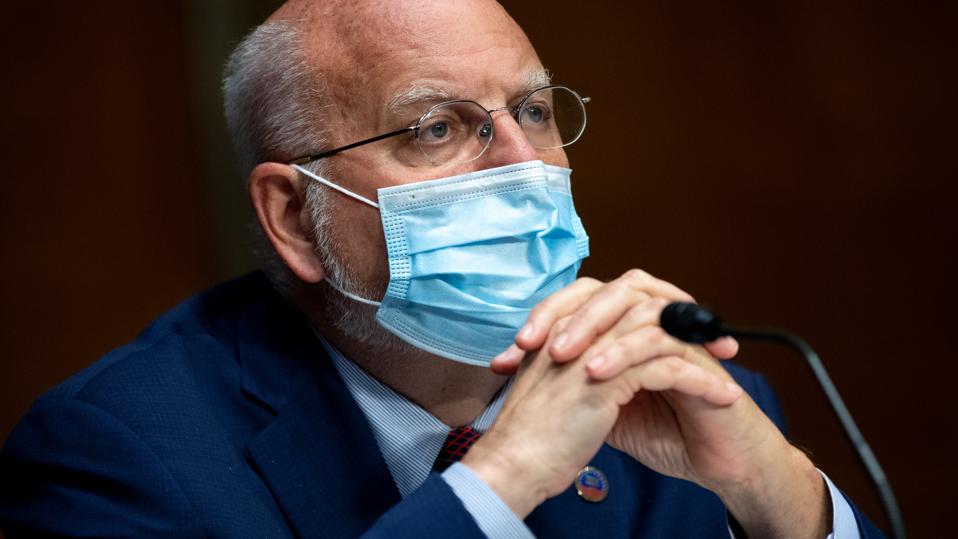 Dr. Robert Redfield, Director of the Centers for Disease Control and Prevention (CDC), testifies … [+] during a US Senate Appropriations subcommittee hearing on the plan to research, manufacture and distribute a coronavirus vaccine, known as Operation Warp Speed, July 2, 2020 on Capitol Hill in Washington, DC.

The CDC argues the “best available evidence from countries that have opened schools indicates that COVID-19 poses low risks to school-aged children, at least in areas with low community transmission, and suggests that children are unlikely to be major drivers of the spread of the virus.”

The agency states there are “few reports of children being the primary source of COVID-19 transmission among family members” and “mixed evidence about whether returning to school results in increased transmission or outbreaks” from other countries.

The guidelines emphasize the importance of in-person education for the development of social skills, mental health and to ensure that students don’t fall behind, adding that school closures disproportionately harm low-income and minority children along with those living with disabilities.

The CDC suggests schools could have classes outside when possible, keep students in class “pods,” stagger when students return to school, have the same teacher stay with the same group of students.

The guidelines also say that if one person is infected in a school, that by itself “would not likely warrant closing the entire school, especially if levels of community transmission are not high.”

The guidelines come after Trump publicly criticized the agency, tweeting on July 8: “I disagree with @CDCgov on their very tough & expensive guidelines for opening schools. While they want them open, they are asking schools to do very impractical things. I will be meeting with them!!!”

Andy Slavitt, a public health official in the Obama administration, tweeted the CDC has “fallen so far” and that the guidance was “sad.”

“I say this knowing there are wonderful scientists in the CDC right now with their head in their hands,” he said.

“Communities can support schools staying open by implementing strategies that decrease a community’s level of transmission. However, if community transmission levels cannot be decreased, school closure is an important consideration. Plans for virtual learning should be in place in the event of a school closure,” the CDC says.

Opening schools has emerged as a flashpoint issue in local districts and on the national stage, with Trump urging schools to reopen in person, which the White House sees as critical for reviving the economy and for his reelection chances. Many of the largest school districts in the country have already opted to go fully online, including Los Angeles and San Diego, while others, such as New York City, are going with a hybrid option. Trump threatened earlier this month to cut federal funding for school districts that don’t hold in-person classes.

How Huawei Could Save Itself: A Five-Point Plan

Build A Better Magic School With The Kids On Brooms RPG