Breaking
The Ultimate Guide to Saving Money
Lights, Camera, Action—Is There A Post-Covid Future For...
7 Ways to Reduce Human Errors in Your...
How ‘Couples Therapy’ Used Technology To Cope With...
Can You Settle Your Student Loans Or Negotiate...
How to Use Amazon Attribution For Ad Campaigns
What are the Makings of a High-Quality Link?
How To Quickly Start And Scale Your Business
Terra Virtua: What NFTs Can Teach Us About...
5 Easy Steps To Prepare Content For E-A-T...
Physical Inactivity Linked To More Severe Covid-19 Infection...
The 2021 Estimated Tax Dilemma: What Tax-Return Pros...
Want To Digitally Transform Your Business? Start With...
How to Optimize Google My Business and Leverage...
Debunking Link Building Myths in 2021
How, When And Where You Can Gaze At...
Home Business US Manufacturing Executives Are Supportive Of Increased Tariffs Despite The Risks Of Recession
Business 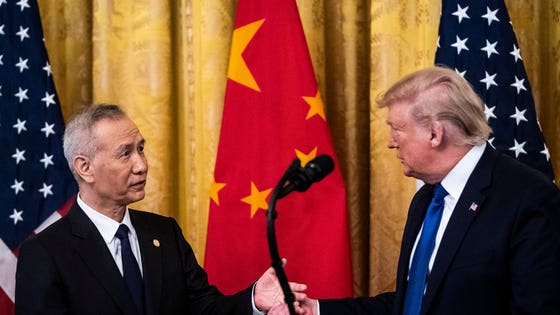 When you read business magazines, it is easy to get the impression that business executives are overwhelmingly opposed to increasing tariffs. When it comes to US manufacturing executives, that is not true.

These insights are based on a new survey that was recently released from LevaData. LevaData delivers applied AI to enhance strategic sourcing and procurement. LevaData surveyed 100 US manufacturing executives and managers in the high tech, consumer goods, industrial, automotive, and life sciences industries. 57 percent of the respondents held a title of director or higher. “Concerns regarding tariffs are clearly top of mind for enterprise manufacturing executives,” explained Rajesh Kalidindi, founder and CEO of LevaData.

When asked what issues are likely to have the greatest impact on their company in 2020, trade restrictions (42%) were the biggest concern by far, followed by geopolitical instability (15%), natural disasters (12%), and impeachment-related uncertainty (11%). Despite the increased likelihood that Brexit will occur this year, only 7% expressed concern about this issue.

Paying more for goods and services (48%)

Worsening relations between the U.S. and China (43%)

The vast majority (89%) of the executives surveyed agree that tariffs will increase production costs. Most estimate this increase at 10-20% over the course of the year. More than two-thirds expect both their production costs (71%) and material costs (67%) to increase.

As a result, 79% say they are likely to increase the price of their goods and services.

Indeed, when asked what tactics their company will likely pursue in the event of increased production costs, passing the cost along to consumers ranked number one. This was followed by trying to find cost savings elsewhere in the company, reducing profit margins and renegotiating part supply deals.

By industry, respondents expect electronics (60%), automotive (42%) and agricultural products (39%) in particular to bear the brunt of the trade war’s impact.

Will a Trade War Pay Off in the Long Run?

40% believe they will lead to improved U.S.-China trade relations in 2-3 years

47% believe the tariffs will ultimately lead to economic growth in the U.S.

However, 46% believe they will lead to economic decline.

Trust in Trump Is Balanced

More than a third (37%) of manufacturing executives believe that the meetings between President Trump and China’s President Xi will result in reduced tariffs. An additional 21% think China will agree to most U.S. demands in order to eliminate tariffs, and 15% predict a temporary suspension of most tariffs.

More than half (58%) of executives think it is unlikely that Trump will be impeached and removed from office. In the case that he is removed from office, two-thirds (66%) would trust Vice President Pence to carry on trade deals with other countries.

Several years ago, I attended ARC Advisory Groups annual conference. In one closed door session, a Customs and Border Protection agency executive spoke about counterfeiting and the theft of intellectual property. The official fingered bad actors from China as being overwhelmingly the major culprits. The official had statistics and case studies to back up his assertions. Manufacturing engineers and executives in the audience added their tales of woe in their dealings with China. It was all off the record.

The political climate has changed. Trade experts argue that it did not matter too much whether Trump or Clinton had won the election, the China/US relationship was headed toward a correction. In short, it does not surprise me that while production executives and managers recognize the near-term downsides of the trade war, they’re optimistic about its long-term outcome.