Home Finance US Prisons, Can They React Fast Enough To COVID-19?
Finance

US Prisons, Can They React Fast Enough To COVID-19?

As we enter the early stages of the COVID-19 crisis, we look to other nations where the virus has progressed to gauge what lie ahead and, hopefully, take actions to improve our own fate. In Italy we see a nation that is on lockdown amid new outbreaks of the virus and a sadly mounting death toll. Italy has now overtaken China the number of deaths (4,825 as of March 21, 2020) attributed to the virus. Italy’s prisons are also becoming a problem and the crisis there is more than just a COVID-19 outbreak. 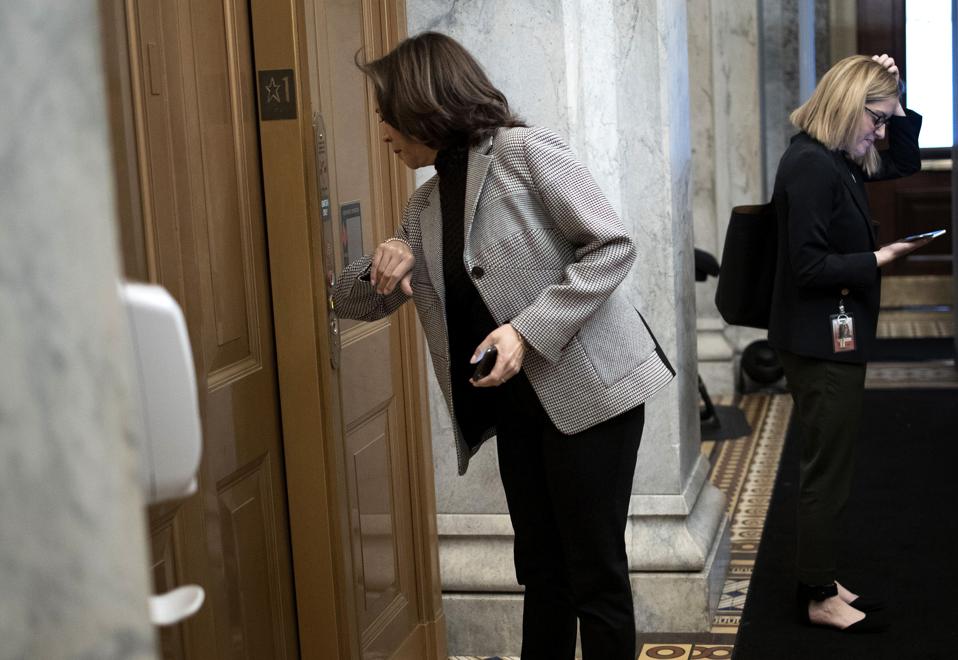 There were numerous reports of prison riots in 27 different Italian prisons across the country where six inmates were killed and prison staff were taken as hostages. The riots were instigated after fears of contagion rose among an overcrowded prison system that is 20% over capacity. The inmates had also recently had their movements restricted and cut off from social visits. Those restrictions on inmates in Italy are similar to those taken here in the U.S.

The Federal Bureau of Prisons has suspended social visits, legal visits and transportation of inmates between institutions. There are over 175,000 people incarcerated and among them are 10,000 that are over the age of 60 and thousands more in federal medical centers that treat advanced diseases. There are also those with high risk health profiles that are at risk for a severe reaction to the virus. It is already causing fear in the institutions.

Government officials have not been silent on pending catastrophe. Senator Kamala Harris sent a letter to BOP Director Carvajal pushing for release of low-risk inmates from prison. In the letter, she asked a number of questions to measure the BOP’s readiness for COVID-19 … number of test kits, ventilators, healthcare workers, etc. Harris also asked for a plan. While the BOP Office of Legislative Affairs is preparing a response to Harris, it is unlikely the answers will address a crisis that our nation is struggling to answer for the general public.

The BOP is currently monitoring the outbreaks of the virus and as of this posting (March 20, 2020) there are none reported … that will obviously change. The biggest job of the BOP may not be the virus but managing the anxiety of those it incarcerates and the staff that supervise them.

Congress is currently considering (only a matter of time before they pass it) a stimulus program being called the Phase III bill to address this pandemic. As part of the bill, some have asked to consider the release of low-risk inmates to reduce the transmission of the disease within the tight quarters of prisons. The American Civil Liberties Union asked Attorney General Bill Barr and BOP Director Michael Carvajar to increase the use of compassionate release. Even if something is passed or approved to release inmates, there will be a question of how it is implemented quickly enough to make a difference. We have weeks until the virus peaks among the general population. There could be tens of thousands of inmates in federal prisons that would meet the profile of someone who would into a disease risk profile.

I asked attorney Cecilia Balenti about the situation and she told me in an interview that, “There are multiple federal motions pending seeking compassionate release due to COVID-19, including an inmate in the ADX Florence (SuperMax security in Colorado) who has filed a class-action complaint. That lawsuit seeks to certify every BOP inmate as part of the class and requests that BOP begin testing and treatment COVID-19. However, it’s silent on containment.”

At this time, people are looking for solutions, and quick. I asked Balenti to present some ideas, other than suing the BOP, that might help alleviate a tragedy. I have not seen these ideas and potential solutions from mainstream advocates. Here are some ideas she came up with:

RRC Facilities (halfway houses) are under-utilized due to BOP’s contracted quotas which do not take full advantage of all of the contract beds at a specific facility. RRC’s, which are run by private organizations (for profit and non-profit), have contracts that may be able to immediately absorb additional inmates.

HR 4018 should be expanded as to the percentage of time served for Elderly Home Confinement (EHC). While EHC under the First Step Act currently applies to inmates who are at least 60 years old who have served two-thirds of their “sentence.” HR 4018 clarifies that “sentence” should refer to the assigned sentence (i.e. adjusted for good time reductions).  It would also be practical for the BOP to offer a legal opinion to immediately consider crediting Good Conduct Time towards program eligibility under their discretionary statutory authority.

42 U.S.C. § 264 authorizes the Surgeon General to order the “conditional release” of inmates “for the purpose of preventing the introduction, transmission, or spread of such communicable diseases as may be specified from time to time in Executive orders of the President, upon the recommendation of the Secretary of Health and Human Services, in consultation with the Surgeon General. As such, it is a more appropriate statutory mechanism for Phase 3 legislation, rather than 18 U.S. Code §  3622, which has been cited in multiple petitions, but which only authorizes the BOP, in its discretion, to allow a 30day release.

This last one regarding the powers of the Surgeon General is unique. The current US Surgeon General, Jerome Adams, has appeared beside President Donald Trump on a number of updates on COVID-19 … Adams’ brother is also in state prison in Maryland. Jared Kushner, President Trump’s son-in-law, also had a loved one in prison … his father (now released). Kushner has pushed behind the scenes for prison reform and played an important role in the First Step Act signed by President Trump.

Our prison system has built populations over decades as a result of misguided legislation that puts people in prison for far too long. Now, as a crisis looms, can legislatures or President Trump make decisions that will avoid the pending disaster that awaits those incarcerated and the staff charged with their care?

Just How Bad Is It? Here’s The Economic Damage The Coronavirus Will Cause, According To Major Banks