US Whiskey Exports To EU Sink 27%, As Imports Of Irish Whiskey Climb 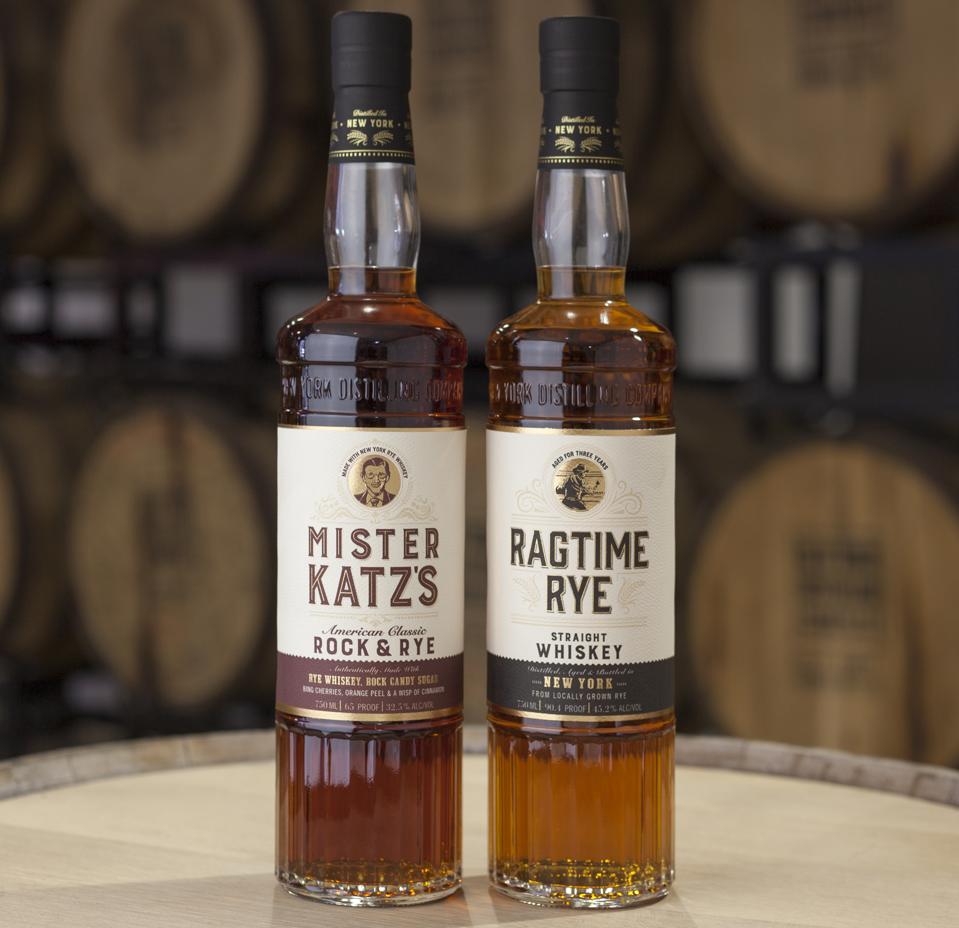 New York Distilling Company in Brooklyn, NY, is one of the craft distillers affected by the European … [+] Unions tariffs on American Whiskey.

Farmers aren’t the only people suffering under President Trump’s trade tariffs, American whiskey producers are experiencing a big drop off in exports as well. However, Irish whiskey makers are one of the unintended beneficiaries.

The European Union’s (EU) 25% retaliatory tariff on American Whiskey caused exports to the EU to sink 27% in 2019, compared with 2018, the U.S. International Trade Commission said in mid-February. The EU is the U.S. spirits industry’s largest export market.

American whiskey makes up 65% of total U.S. spirits exports according to the Distilled Spirits Council of the United States (DISCUS), the largest trade group for the spirits industry. American whiskey exports total $996 million, with $514 million, or 52%, going to the EU, down from $700 million in 2018.

“The data is clear. These tariffs are chipping away at American Whiskey’s brand equity in our top export markets. These great American Whiskey products that have been the toast of the global cocktail scene are struggling under the weight of the EU tariffs,” said Chris Swonger, president and chief executive of Discus, in a written statement.

Meanwhile, the United States-Mexico-Canada Agreement, preserves tariff-free trade for spirits with two of the U.S.’s largest and most important export markets.

The whiskey tariffs came out as a retaliation to the Trump administration’s 2018 tariffs on steel and aluminum from most countries, including the EU. On June 22, 2018, the EU instituted its own tariffs on 180 types of U.S. products, worth more than $3 billion. The only alcohol to receive a tariff was American whiskey, because bourbon, Tennessee whiskey and rye are considered iconic American products.

Some say it was to get the attention of Senate Majority Leader Mitch McConnell, senator from Kentucky, the capital of the bourbon industry.

For one craft distiller, the New York Distilling Company in Brooklyn, N.Y., exports accounted for 15% of company revenue in 2017. It was the company’s fastest growing segment. Out of the company’s five products, two are whiskies, Ragtime Rye and Mister Katz’s Rock and Rye.

“In many ways our outlook is that the route to market internationally sometimes provides an easier route to markets,” said Allan Katz, co-founder of the New York Distilling Company. “There’s more interest in an American story, or a New York story, or a Brooklyn story, that we can tell and share and develop a customer base through.”

For 2018, the distiller had forecast 25% of sales would come from exports. However, the imposition of tariffs in mid-2018 froze all foreign sales. Exports now make up less than 7% of revenues and they continue to fall. The opportunity lost is $100,000 and growing, said Discus.

“A lot of American small craft distillers, who have been impacted particularly by the EUs retaliatory tariff are looking at alternative markets such as Japan and Taiwan where there is no tariff,” said Robert Maron, DISCUS vice president of international trade in an interview with Forbes.com. Maron said the broader industry has lost 8,000 jobs because of the tariffs. He said Discuss is talking with both the U.S. and the EU to bring them back to the negotiating table.

“It’s affecting everybody in the industry up and down the line from the kid working behind the cash register at the retailer, to bars and restaurants, and even to the tasting events,” said Dave Sweet, the president of Whiskey and Barrel Nite, which holds seven whiskey tastings around the U.S. Sweet has been running whiskey tasting events for 16 years.

From Finland To Japan, Women In Soccer Are Getting Their Due

Expenses And Turnover Can Have A Negative Effect On Performance

Is There Any Room For CSX Corporation’s Stock...