Breaking
Why businesses should prioritise Cyber Security
What You And Your RTO Business Need To...
4 SEO Trends for Websites You Should Not...
3 Reasons Why Desk Booking Is Rising In...
8 Tips to Play & Win at Online...
How can software benefit facility management?
Do Professional Casino Players Pay Taxes for the...
Becoming a Trading Expert: What Is the Best...
Dos and Don’ts for B2B Organisations in 2022
Should your business be using Machine Vision?
Colour Masterbatch vs Raw Pigments – Which Is...
Keeping your business moving as you expand online
Top Four Celebrities Who’ve Invested In Cryptocurrency
Why is Cloud Computing Tipped to be the...
How to Raise Money for Non-profit Organizations in...
Choosing the right theme for your WordPress Business...
Home Business USA Swimming CEO Calls For Postponing Olympics; More Governing Bodies Sure To Follow
Business 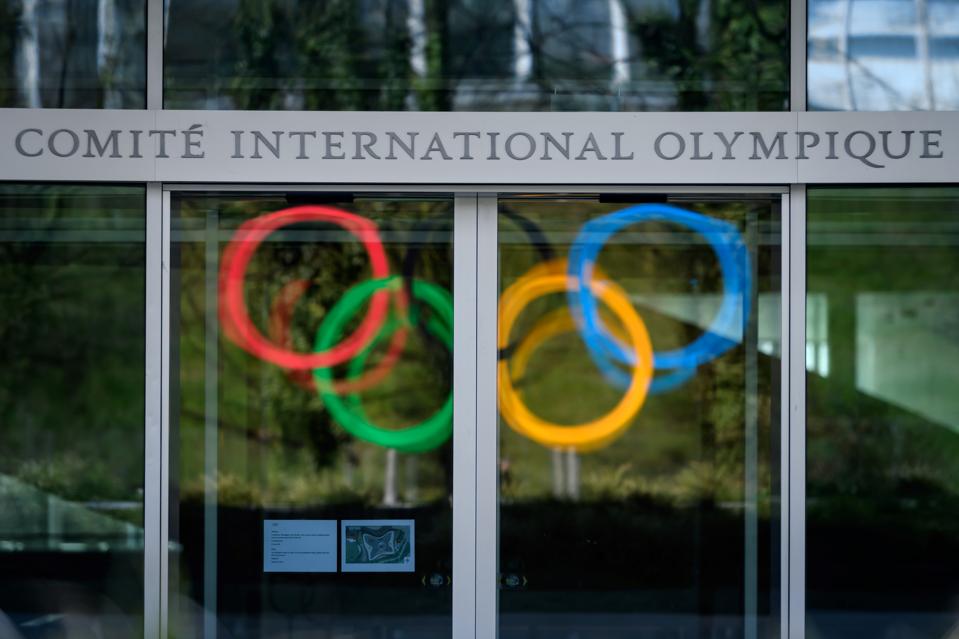 The Olympic Rings logo are reflected in the windows of the headquarters of the International Olympic … [+] Committee (IOC) in Lausanne on March 18, 2020, as doubts increase over whether Tokyo can safely host the summer Games amid the spread of the COVID-19. – Olympic chiefs acknowledged on March 18, 2020 there was no “ideal” solution to staging the Tokyo Olympics amid a backlash from athletes as the deadly coronavirus pandemic swept the globe. The Tokyo Olympics are scheduled to run between July 24 and August 9, 2020. (Photo by Fabrice COFFRINI / AFP) (Photo by FABRICE COFFRINI/AFP via Getty Images)

As major international sporting events grind to a halt in a collective social distancing effort to curb the spread of COVID-19, the disease caused by the novel coronavirus, the biggest global sporting event of the year remains steadfast in its determination to go on.

“We owe it to all the athletes, and we owe it to all the half of the world that watches the Olympics to say we are not putting the cancellation of the Games on the agenda,” said Thomas Bach, president of the International Olympic Committee (IOC), in an interview with the New York Times on Thursday.

When pressed about the possibility postponement, Bach doubled down. “We are committed to the success of these Games,” he said.

That doesn’t hold water for the CEO of USA Swimming, Tim Hinchey, who on Friday wrote a letter to the U.S. Olympic & Paralympic Committee (USOPC) urging it to advocate for a one-year postponement of the Games.

“Everyone has experienced unimaginable disruptions, mere months before the Olympic Games, which calls into question the authenticity of a level playing field for all,” Hinchey wrote in the letter, which USA Swimming posted on Twitter.

“Our athletes are under tremendous pressure, stress and anxiety, and their mental health and wellness should be among the highest priorities.”

The immediate response from the USOPC was surely not what Hinchey hoped to hear.

“The USOPC is in constant communication with senior leadership of the IOC and IPC—and they have also expressed that their focus is on the health and wellbeing of athletes, and communities around the world, and that they will continue to rely on advice from the World Health Organization as they determine if it is necessary to adapt their position as the situation evolves,” USOPC CEO Sarah Hirshland and chair Susanne Lyons said in a statement.

“They believe that it is premature to make a final call on the date of the Games and we believe that we should afford them the opportunity to gather more data and expert advice before insisting that a decision be made.”

When the NCAA canceled all athletics for the remainder of the 2019-20 year, swimmers too lost access to the pools in which they typically train. The community and private pools that even a week ago remained open are now starting to close, as well, as more countries around the world and cities within the U.S. issue shelter in place orders to counteract the spread of COVID-19.

Take Katie Ledecky, five-time Olympic gold medalist. When Stanford closed its pool and the Bay Area went into lockdown, she was left scrambling to find a pool to train in. Per Yahoo Sports’ Jeff Eisenberg, the best option Ledecky’s coach, Greg Meehan has been able to find so far is backyard pools offered by generous friends.

It all goes to support Hinchey’s assertion that the notion of a level playing field for all has been put in jeopardy by the drastic measures cities and nations are taking in response to the growing pandemic.

It’s not just swimming that’s affected. Basketball and tennis courts sit empty. Skateboarders and freestyle BMXers are finding skate park gates padlocked. How, exactly, might one wrestle while maintaining six feet of distance from others at all times?

And though USA Swimming is one of the most influential national governing bodies, others will surely echo Hinchey’s pleas on behalf of their own athletes. USA Gymnastics president and chief executive officer Li Li Leung said Friday the governing body would survey its own athletes to gauge their feelings postponing the Olympics.

As of Friday night, the World Health Organization confirms more than 240,000 cases of COVID-19 worldwide, with more than 9,800 deaths. Infections exist in 177 countries. Borders around the world are closing. It all made for a macabre backdrop for the Olympic flame arriving in Japan from Greece Friday for the torch relay around the country, scheduled to start Thursday from Fukushima prefecture and typically bringing massive crowds. A historically moving and symbolic ceremony that represents uniting people from all around the world in pursuit of one common goal becomes a nightmare scenario during a pandemic.

As each day goes on and brings news of more lockdowns and more lives claimed by the virus, it becomes increasingly absurd that the IOC, the city of Tokyo and the Japanese Olympic Committee continue to be so flip about pursuing alternative plans for this summer’s Games.

Ask Ethan: If Einstein Is Right And E = mc², Where Does Mass Get Its Energy From?