Breaking
OpenSooq, The Best Website to Buy Used Cars...
Hot Tips to Reduce MacBook Pro Fan Noise
How to Make the Most Out of Your...
7 Examples Of Using AI For SEO
Why you Should Always Try the Demo Slots...
How to Launch a New Restaurant Business
Start the Year Debt Free
How to clear a browser cache on a...
Which are the best software providers of slots...
How Investing Can Help You Save For Retirement
Top progressive betting strategies for slot machines
Key Software Tests to Conduct Before Product Launch
Why so many people play slots online in...
Why businesses should prioritise Cyber Security
What You And Your RTO Business Need To...
4 SEO Trends for Websites You Should Not...
Home General Vacation Home Conversion, Debt Discharge, And Partnership Issues All In One Tax Court Case
General 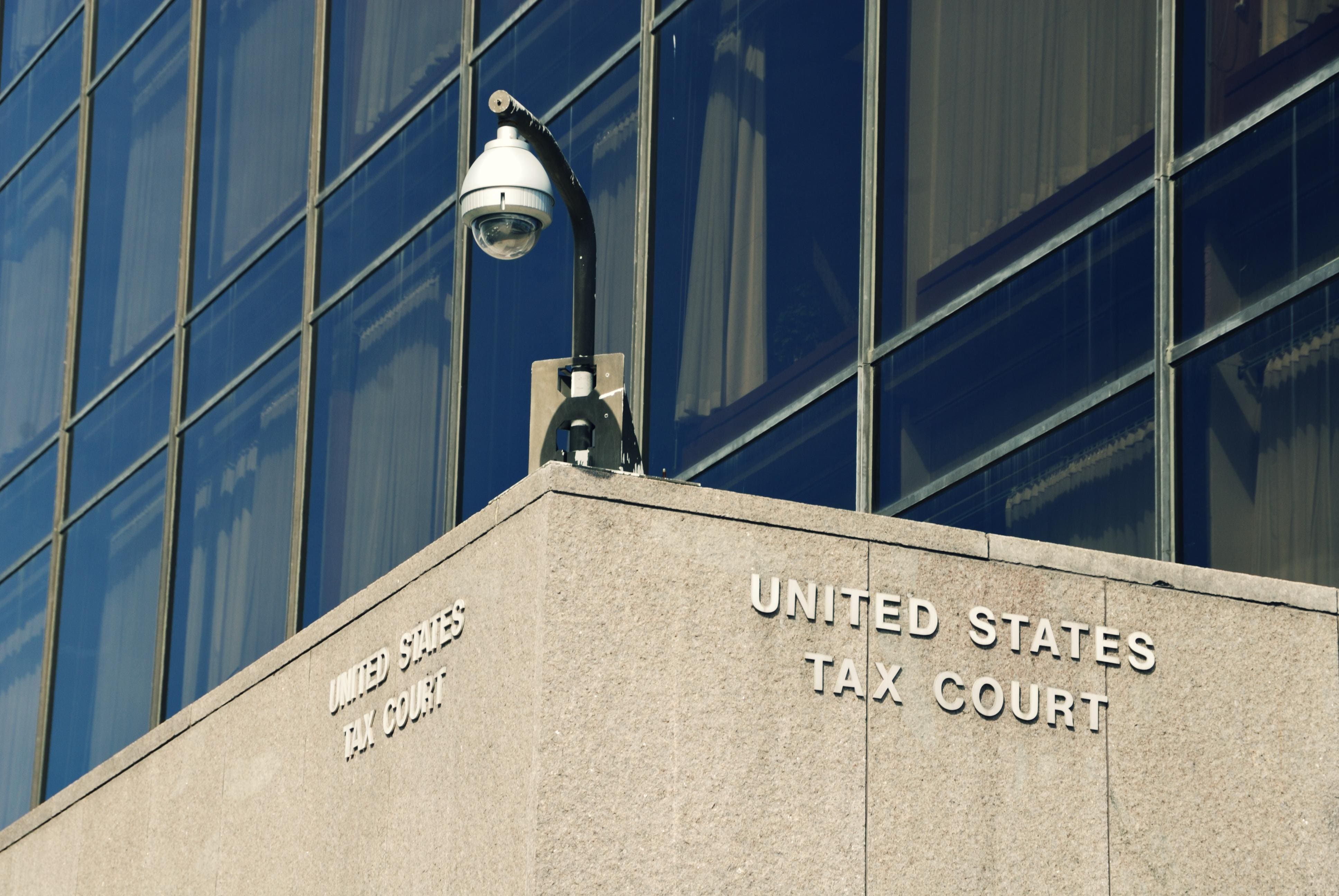 Nothing like packing several issues into one decision. That’s what we have in the Duffy case. Since the Tax Court will not be issuing any opinions until after Christmas I decided to look at the court’s top hits for 2020. I reached out to #TaxTwitter for suggestions and the first nomination was an interesting one.

If you are still reading at this point you probably know that Title 26 US Code is the Internal Revenue Code, but that is not something that everybody knows. It is the sort of thing that tax nerds will use to distinguish themselves like saying Subchapter K when they are talking about partnerships. Using that as your twitter handle is above and beyond when it comes to being a tax nerd.

Freeman Law in The Tax Court in Brief has a tight summary of the eight issues involved in the decision:

(1) ordinary loss from their sale in 2011 of residential property in Oregon;

(2) 2011 COD income due to discharge of debt that the property secured;

(3) losses reported from their rental of the Oregon property;

(5) losses allocated to Mr. Duffy by a business partnership;

(6) unreimbursed partnership expenses reported on Schedules E for their 2012 through 2014 tax years;

There was also a problem that I had never thought about that might have required algebra to solve, but ended up getting passed over. I often remark that you learn all the math you need for tax work by the fourth grade. This could have been one of the rare exceptions.

The residence referred to as the “Gearhart property” is the source of most of the complications. The Duffys purchased the property in 2006 for $2 million of which they paid $430,500 but were unable to pay the balance when it came due in July 2008. They borrowed $1.4 million from JP Morgan Chase JPM in 2008 identifying the property as a second residence.

In both years the losses were suspended under Code Section 469 (passive activities). Adjusted gross income was over the threshold that would have allowed $25,000 of the losses to be deducted.

In 2011 they reported the sale of the Gearhart property on Form 4797 claiming an ordinary loss of $971,988. They also reported $624,046 as income from the discharge of indebtedness from the JPMorgan Chase loan on the Gearhart property but excluded the income due to insolvency. The disposition released the passive losses which combined with the 2011 activity made a Schedule E loss of $199,875.

It seems like that should have reduced the 469 carryover into 2011 which would have reduced the net operating loss carryback. But then the 2010 adjusted gross income would change. Whoever prepared the carryback claim did not trouble themselves about the apparent double-dipping. And it ended up not mattering.

When you borrow money secured by property whether the debt is recourse or nonrecourse can have tremendous tax significance. From an economic viewpoint, you want the debt to be nonrecourse.

The idea is that if you can’t pay, you hand the bank the keys and you are done. Sometimes though you can get that deal with recourse debt. It is called a “short sale”, which has a different meaning in real estate than it does on Wall Street.

Was it better for the Duffys for the debt to be recourse or nonrecourse? That turns on how they did with the issue of whether the Gearhart property was business property or personal-use property. That determination was the biggest issue in the case.

If the property is personal use there is no 1231 loss on its sale and no accumulation of rental losses suspended by Code Section 469. In that case, it is clearly better for the debt to have been nonrecourse since including it in proceeds just reduces a nondeductible loss.

If the Duffys won on the business use issue having the debt be recourse with a short sale, which is what they argued, is preferable if they can establish that they are insolvent.

Judge Halpern’s resolution on the business/personal issue is a little disappointing. On the 1231 loss, he notes that the basis for purposes of determining loss is the lesser of adjusted basis or fair market value at the time of conversion to business use less subsequent depreciation.

There was no evidence introduced as to what FMV at the time of conversion was, so there was no loss on the sale. As far as whether the rental losses were good, the issue was not raised in the briefs submitted by Mrs. Duffy so it was deemed that the issue had been conceded.

Judge Halpern then, in effect, cuts the Duffys a break. He does not need to address the issue of whether the Duffys were insolvent in 2011, because the debt was nonrecourse. This was actually a pretty tricky determination, It turned on how the foreclosure was handled under Oregon law.

“Because the documents which the parties stipulated regarding petitioners’ sale of the Gearhart property do not include any judicial filings by JPMorgan Chase and we find no reference to any judicial proceedings in the documents that were stipulated, we infer that the sale was part of an administrative rather than a judicial foreclosure. Therefore, Oregon’s antideficiency statute prevented JPMorgan Chase from seeking satisfaction from petitioners’ other assets of that part of its loan in excess of the proceeds it received from the sale of the Gearhart property.”

Lew Taishoff told me that the answer would be different in New York:

The kicker is the OR anti-deficiency statute, which makes the lender’s election to foreclose without trial (which we can’t do in NY; there is no administrative foreclosure here) an election to waive any recourse against the mortgagor. Our deficiency statute is different (see NYRPAPL§1371).

Planners will need to hone in on this issue as it seems likely we will be having more than our fair share of foreclosures in the coming year. It is a little troubling that whether a debt is or is not recourse may turn, in some states, on how the debt holder chooses to enforce it.

In 2013 Wells Fargo WFC forgave $391,532 on the home equity line on the Duffy residence in Portland. There is a pretty lengthy discussion of their solvency. Judge Halpern ends up excluding some but not all of the discharge.

Mr. Duffy started a business in 2011 – Impact Medical. The company itself is an interesting story as you can see from this article in the Portland Business Journal by Elizabeth Hayes, but we will stick with the tax issues.

IM was an LLC owned solely by Mr. Duffy, but in 2012 a friend who had loaned money converted the loan to a membership interest thereby making IM a partnership for income tax purposes.

This part of the case makes me think that the Duffys must have caught the agent from hell (AFH). AFH is not technically strong, but they are dogged. The IRS was trying to deny losses due to basis, but Judge Halpern wasn’t having it.

There were other problems. The partnership had amended its return allocating all losses away from Mr. Duffy for 2012, but the Duffys did not take that into account. On the other hand, Judge Halpern found plenty of basis to support the 2013 loss.

In 2014 there was no taxable income, so the only relevance of the basis question was for self-employment tax. Judge Halpern determined that there was plenty enough basis to offset a $25,082 guaranteed payment.

There were also deductions for “unreimbursed partnership expenses” (UPE). Whether you can deduct UPE hinges on the partnership agreement. Judge Halpern didn’t need to go there, though, since the expenses were unsubstantiated.

Reilly’s Sixteenth Law of Tax Planning – Being right without substantiation can be as bad as being wrong.

The Duffys caught a break on the penalties. Assessment of the accuracy requires supervisory approval. The IRS thought they had it, but it was not good enough for the judge.

We need not decide whether petitioners’ reasonably relied on their return preparers because we conclude that respondent failed to meet the burden of production imposed on him by section 7491(c). In particular, respondent has not established compliance with the supervisory approval requirement of section 6751(b)(1). The civil penalty approval form included in the record establishes that

Ms. Crespi approved the penalties for some of the years in issue, but respondent has not established that Ms. Crespi is “the immediate supervisor of the individual” who made the determination to assess penalties.

I’m thinking of adding a new law of tax planning – Better to be lucky than good.

I don’t think this case will win the big prize. On the other hand, I think it is highly instructive in some areas that are going to be very important in the next few tax seasons. At this point, I have only one other nomination, but I am sure there will be more. Stay tuned.

As noted Freeman Law has a good summary in The Tax Court in Brief.

Ed Zollars used the case to do a thorough discussion of “short sales” in Current Federal Tax Developments.

Lew Taishoff has Short Sale – Part Deux. Mr. Taishoff focused on the real estate, debt discharge and penalty leaving the partnership issues to the rest of the tax blogoshpere.

Forget Google—Could China Be About To Destroy Bitcoin?