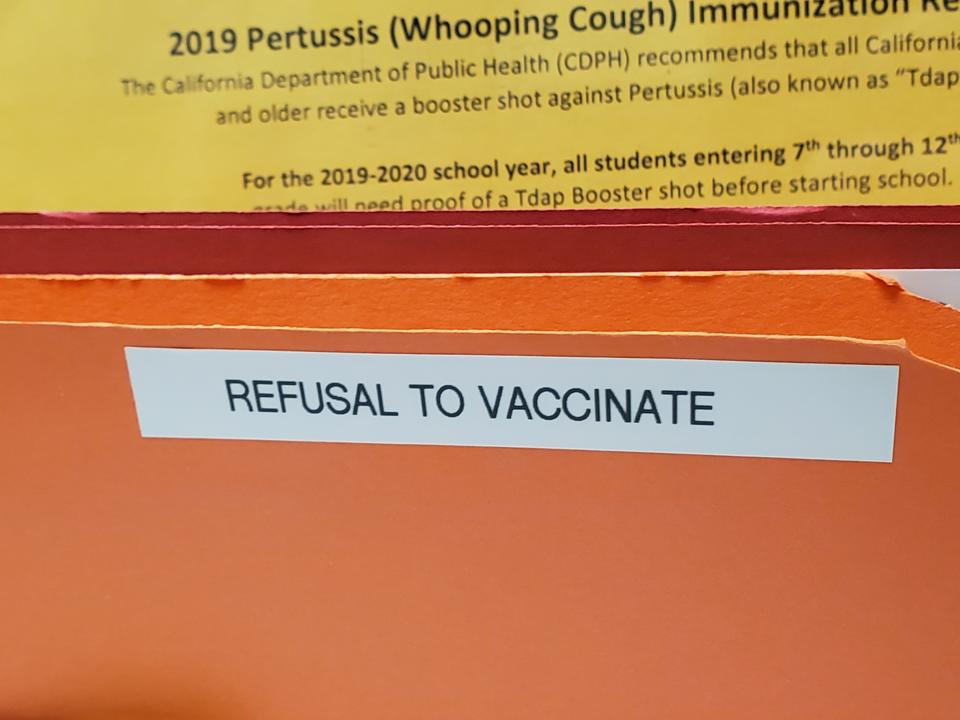 Close-up of folder containing medical forms and labeled Refusal to Vaccinate in a pediatrician’s … [+] office in San Ramon, California, November 25, 2019. The San Francisco Bay Area is a major focal point for the Antivax movement, which opposes the use of vaccines in children. Editing note: Image edited to remove identifying information. (Photo by Smith Collection/Gado/Getty Images)

It has been no secret that the anti-vaxxer movement found a stronghold in the US in recent years with deadly repercussions. According to the Centers for Disease Control (CDC), measles returned with a vengeance in 2019. From January 1 to December 31, 2019, 1,282 individual cases of measles were confirmed in 31 states with 128 of the people who got measles needing to be hospitalised, and 61 reportedly having complications, including pneumonia and encephalitis. “This is the greatest number of cases reported in the U.S. since 1992,” reports the CDC, “More than 73% of the cases were linked to recent outbreaks in New York. Measles is more likely to spread and cause outbreaks in U.S. communities where groups of people are unvaccinated.” However, it is not just people who are wilfully not vaccinating either themselves or their children who are at risk, these communities also put children at risk who are either too young or are unable to get vaccinated due to a condition or illness, including childhood cancer.

California has famously been at the forefront of the issue with a number of high profile anti-vaxxers coming out of the state spreading mis-information and kickstarting a national anti-vaxxing trend, but there’s some good news coming out of the golden state.

In 2016, California passed a contentious law (Senate Bill 277) cracking down on the inappropriate use of medical exemptions allowing children to skip some or all vaccines and still enter school. The new law gave power over the exemption process to public health officials and created a vaccination database of all children with medical dispensation. It also moved power away from doctors in being the final authority on medical exemptions. Furthermore, doctors could be investigated if they wrote too many exemptions in one year.

As a result, over the past 3 years, vaccination rates have approached 95% in nearly all California counties. A new study by researchers at Stanford and the University of California, San Francisco found that in addition to the 95% vaccination rate, there was a 3% increase in statewide MMR (measles, mumps and rubella) vaccine coverage, and a 2% decrease in non-medical religious and philosophical exemptions. The 95% vaccination rate is notable because it is needed for effective herd immunity against measles and other preventable diseases*.

But there is still room for improvement nationally. Today, 18 states allow non-medical exemptions based on religious, personal, or other beliefs. The study’s authors contend that, “The factors driving vaccine hesitancy are complex and include misconceptions and misinformation about vaccine safety, low perceived risk of infectious disease, and lack of trust in health care providers.”

“While we did see a small increase in medical exemptions, the much larger increase in MMR coverage suggests that the policy worked as expected,” said Sindiso Nyathi, one of the paper’s first authors, continuing, “Similar policies may be an effective tool to bring vaccine coverage levels above herd immunity thresholds.”

The study, however, also found that while the law has so far worked as intended, there was a small, 0.4% increase in the number of medical exemptions since its inception. Under the current California law, parents can still request vaccination waivers for children whose medical condition might be impacted by the vaccine. 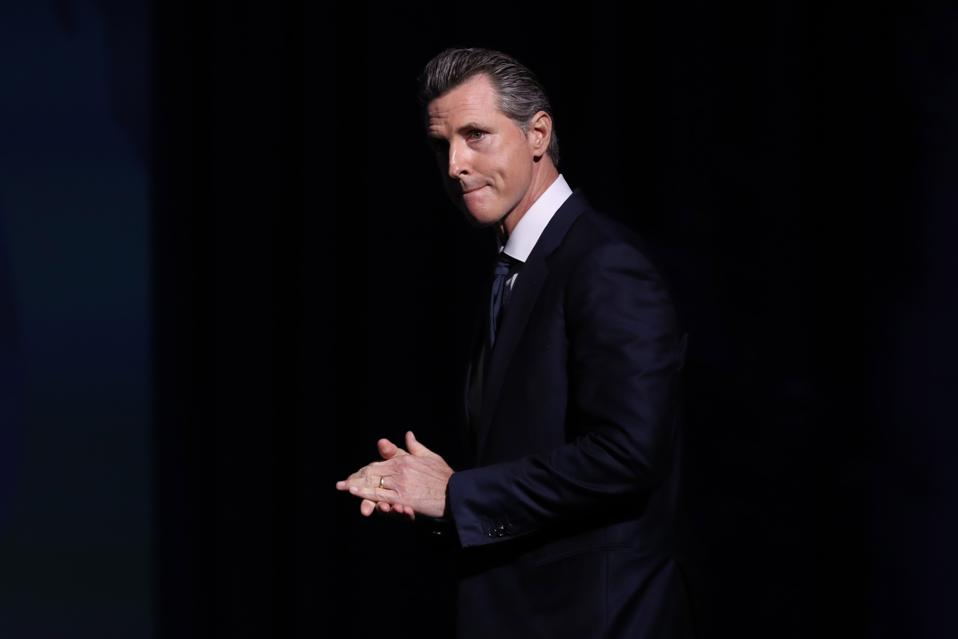 Additionally, California lawmakers recently doubled down on the 2016 law. In September of 2019, Gov. Gavin Newsom signed into law another vaccination bill that went into effect on January 1st 2020 giving the California Department of Public Health the power to revoke medical exemptions if it determines they are not medically sound. The law also further strengthens the 2016 provision that allows public health officials to review exemptions from doctors, now stating that public health officials can investigate doctors who write more than five exemptions in one year.

Heel Bone From Italy Is Only Second Example...

What I See Coming For The Channel In...