‘Valorant’ Elderflame Skins Turn Your Gun Into A Giant Dragon 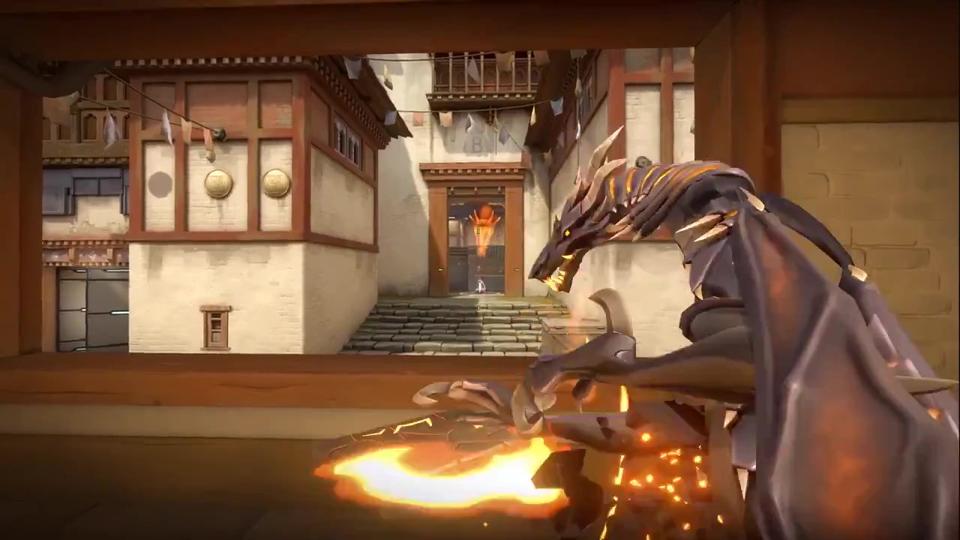 The Valorant Elderflame Operator Skin seems to have an impressive kill animation.

Riot Games has announced that the first-ever Ultra Edition skin set in Valorant is set to launch later this week in the form of the Elderflame skin set.

The Ultra Edition skins will be some of the most exclusive and complex in the game, offering a further level of customization compared to the regular skin sets we have seen in the game so far. While we only get a small glimpse of the Elderflame set in the reveal trailer, it is clear just how much of an improvement over the other skins these will be.

The Elderflame skin set will launch in the Valorant store on July 10, which is this Friday. A price has not been announced for any of the skins or the bundle, but you can be sure it won’t be cheap. The set itself seems to change your gun into a dragon, which looks impressive so this will not be cheap.

We can see from the reveal trailer that the skin set has some kind of animation on the weapons, which causes the gun to move while being held by the player and reloaded. It also seems to have custom death effects, and a knife that features some kind of fire particles. As far as cosmetics go this appears to be one of the craziest we have seen yet.

While this is yet to be confirmed the teaser trailer seems to show skins for the Vandal, Frenzy, Operator, Bucky, and melee, which would fit with the amount of skins other sets have had.

Perhaps the most interesting feature is the giant dragon hologram that breaths fire after a kill happens with the Operator skin. This could be quite epic if you win a match with this weapon and skin combo and see it play out in slow motion.

While the price is yet to be announced it would not be a surprise to see it sit around the $100 mark for the full set. Other sets have already broken the $70 mark, which has caused some controversy with players, and with the extra detail and premium edition status of the Elderflame set you can expect the price to be even higher.

It will be interesting to see how this set sells, as it could dictate who expensive further skin bundles will be. If it sells well you can probably expect a lot more premium skins like this to come to Valorant, if it doesn’t sell well then there will probably be a return to cheaper options.

What Happens When Young People Lead

Bolsonaro Is Taking Hydroxychloroquine To Treat His Coronavirus

How A Culture Reboot Set SalesLoft On A...