Breaking
Everything You Need To Know About EMI Option...
Social Security’s Government Pension Offset (GPO)-A Common Sense...
5 Practical Tips for Small Businesses Going Through...
Part II: How To Optimize Product Ownership In...
How Zoom Conquered Video Conferencing
How To Meet Customer Expectations This Holiday Shopping...
How To Maintain A Healthy Co-Founder Relationship: Nine...
A Technology Solution For Muni Bond Disclosure
Five Common Ways To Fund A Small Business...
Your Floss Pick Habit Is Killing The Planet,...
Customer Service Recovery: Six Keys To Turn Complaints...
10 Unique Habits To Positively Impact Your Productivity
How Becoming A Learning Organization Is Key To...
IRS Increases Enforcement On Cryptocurrency: What This Means...
Optimus Prime Finally Gets The Diaclone Update He...
No, There Isn’t A Black Hole At The...
Home Technology ‘Valorant’ Is Down For Emergency Maintenance
Technology 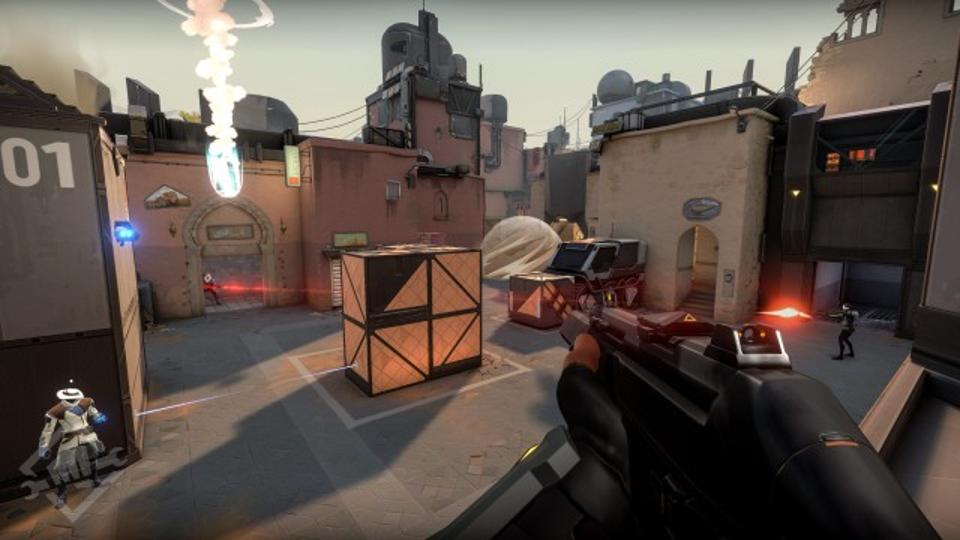 Valorant is offline in Europe.

Just hours after Valorant launched the game has been taken down for maintenance in Europe.

Having launched at 6am BST this morning Valorant has proven to be incredibly popular with those in Europe, which has in turn led to some stability issues for players. As a result Riot Games has taken the game offline for emergency maintenance and players are being met with error code 59 when they try to launch the game.

While the error code tells players to restart their game client to try and fix the issue, that will not do anything until the servers come back online. Riot has said they hope this top happen within the next hour but currently there is no confirmed time for Valorant to come back up, or what the current Valorant server status is.

Riot has said that the only reason for this maintenance is to deal with the instability players have been experiencing throughout the day. While few have had issues logging into the game, there have been long queue times, and some players, including myself, have been randomly kicked out of games and back to the main menu.

It isn’t just Europe that is experiencing issues with Valorant, as North America, LATAM, and Brazil have also been told that Riot is looking into issues surrounding game starts over the same period of time. Currently the game is still online for these regions, but with the only just launching that could change as the day continues.

It isn’t unusual for something like this to happen on a games launch day, especially when it is free to play. With millions of people trying to access it for the first time the servers are bound to struggle and it is almost impossible to predict just how many servers will be needed to handle all of the requests.

Fortunately Riot is no stranger to running massive online games, with League of Legends having millions of active players every month, so they should be able to fix the issue relatively quickly.

The Valorant launch has been massively successful so far, with loads of players hopping onto the game. While the error code 59 will surely dampen some player’s spirits in Europe it will most likely not have a massive impact on the overall success of the game. If you are looking for something to do while the game is down then you can always try playing these similar games instead. Or you can take a look at the new agent Reyna and her crazy abilities.

George Sadler C0:Founder Of Platinum Vape Gets Gnarly With 5 Questions