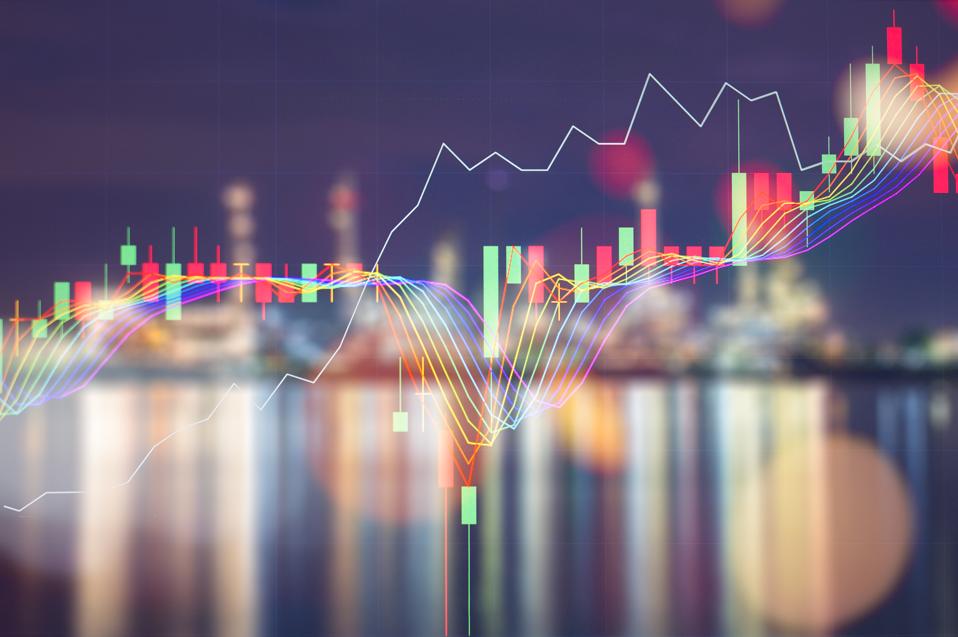 Plenty of movement in the last 30 and 90-days, both good and bad, with these low-cost ETFs.

2020 has certainly been an interesting year, culminated by an extremely violent correction, followed by an equally impressive rally off the March 23 lows in the S&P 500. This is amid a race to the bottom in fees for ETF issuers, as they look to attract investor dollars into their funds by providing the most efficient holdings, at the lowest cost.

In the trend of total stock market exposure, there has been some massive movements over the last 30- and 90-days. In the last 30-days, the Vanguard Total Stock Market ETF (VTI) has seen the largest inflows of the broad ETFs, with $298.5 million of inflows. That brings its total 90-day flows to an impressive $6.1 billion. In contrast, the iShares Core S&P Total U.S. Stock Market ETF (ITOT), the Schwab US Broad Market ETF (SCHB), and the SPDR Portfolio S&P 1500 Composite Stock Market ETF (SPTM) had outflows of -$453.6 million, -$275.7 million, and -$5.8 million in the last 30-days. The 90-day flows of those three funds were mixed, with $844.9 million, -$561.8 million, and -$823.8 million, respectively. These four funds have an extremely competitive net expense ratio of 0.03% apiece. 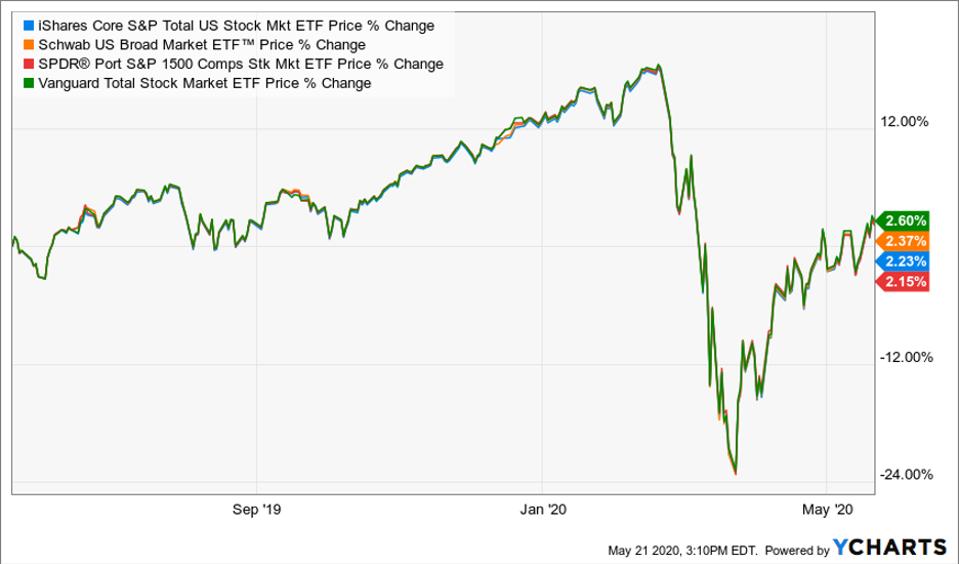 A lot of movement in the last month with these four funds, each with a net expense ratio of 0.03%

There have been interesting flows in the passive S&P 500 ETF space in the last 30- and 90-days. In comparing the net expense ratios of the SPDR Portfolio S&P 500 ETF (SPLG), the Vanguard S&P 500 ETF (VOO) and the iShares Core S&P 500 ETF (IVV), the first two carry 0.03%, but the iShares comes in above market with 0.04%. That likely explains the iShares massive 30-day and 90-day outflow from the ETF, sitting at -$3.39 billion and -$7.2 billion. The Vanguard S&P 500 ETF (VOO) seems to be the main benefactor of the high fee to low fee flow, gaining $7.2 billion in assets in the last 90-days, whereas the SPDR Portfolio S&P 500 ETF (SPLG) picked up $638 million. It will be interesting to see how long until the net expense ratio comes down to be competitive with the other two passive holdings.

In the growth tilt space, the four major ETFs to follow all have a net expense ratio of 0.04%, which is incredibly attractive for the types of holdings they have. Performance has been strong, with all of them now showing positive year-to-date numbers as seen in the chart below. The iShares Core S&P U.S. Growth ETF (IUSG), the SPDR Portfolio S&P 500 Growth ETF (SPYG), and the Vanguard Growth ETF (VUG) have all had positive flows in the last 90 days, with $351 million, $1.01 billion, and $1.58 billion, respectively. The only negative flow in the growth space belonged to the Schwab U.S. Large-Cap Growth ETF (SCHG), that had outflows of almost $55 million over the 90-day period. 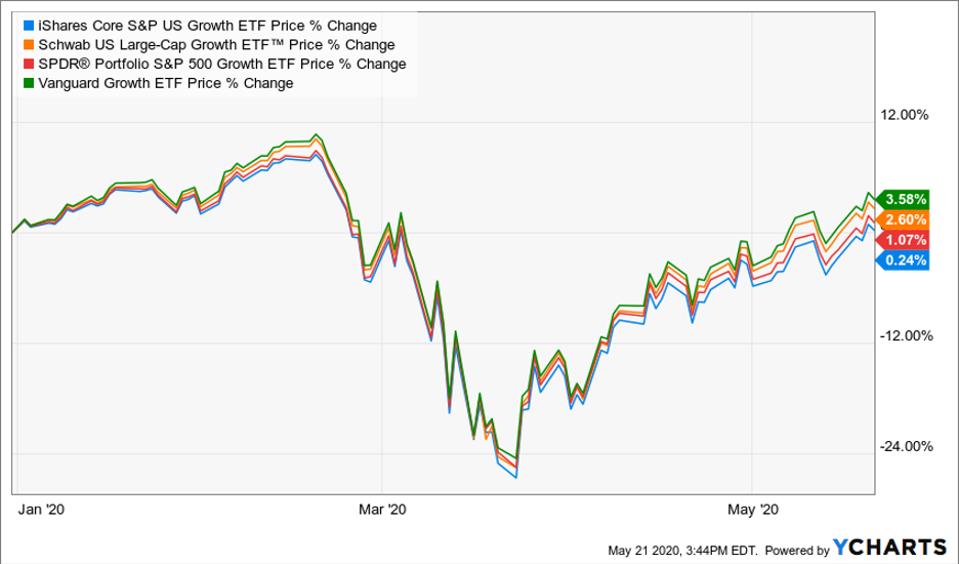 The only negative outflows over the 90-day period was the Schwab U.S. Large-Cap Growth ETF

Switching to the value space, although it has not been a strong performer in the last 10-years, value investing has been a constant for the “Warren Buffett” types. Clearly there has been some interest as of late, with 90-day inflows for the Vanguard Value ETF (VTV), the SPDR Portfolio S&P 500 Value ETF (SPYV), the iShares Core S&P U.S. Value ETF (IUSV), and the Schwab U.S. Large-Cap Value ETF (SCHV) of $1.04 billion, $695 million, $265 million, and $1.75 million respectively. These ETFs all carry a net expense ratio of 0.04% as well. Investors must be buying the dip here, as year-to-date returns are pretty abysmal, as seen below. 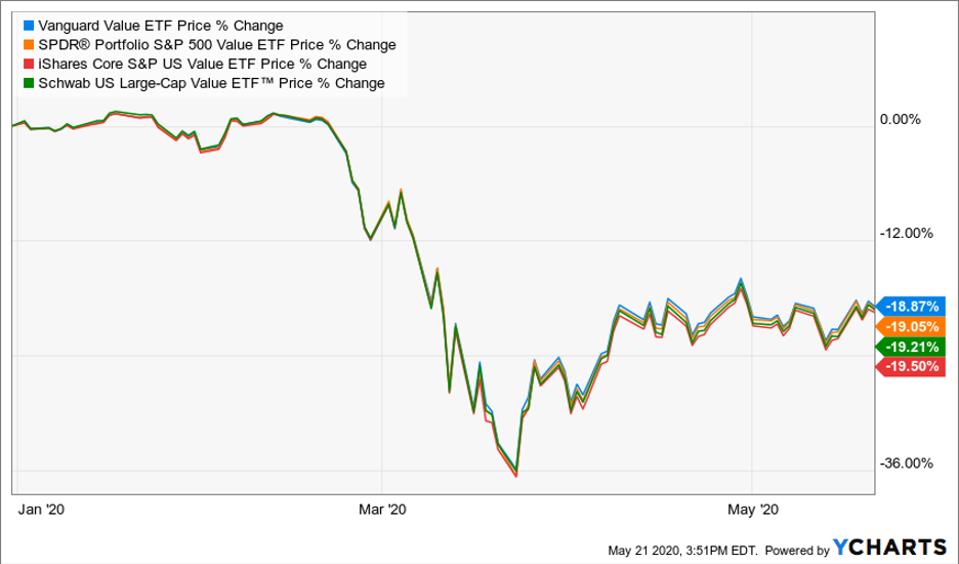 To Stream Or Not To Stream: Live Celebrity Music Events Alternately Ease And Intensify Feelings Of Isolation, Anxiety And Resentment

This Is Why The Stock Market Rally Is...