Vampire.Pizza Delivers Both Pizza Night And Game Night In Just One Box 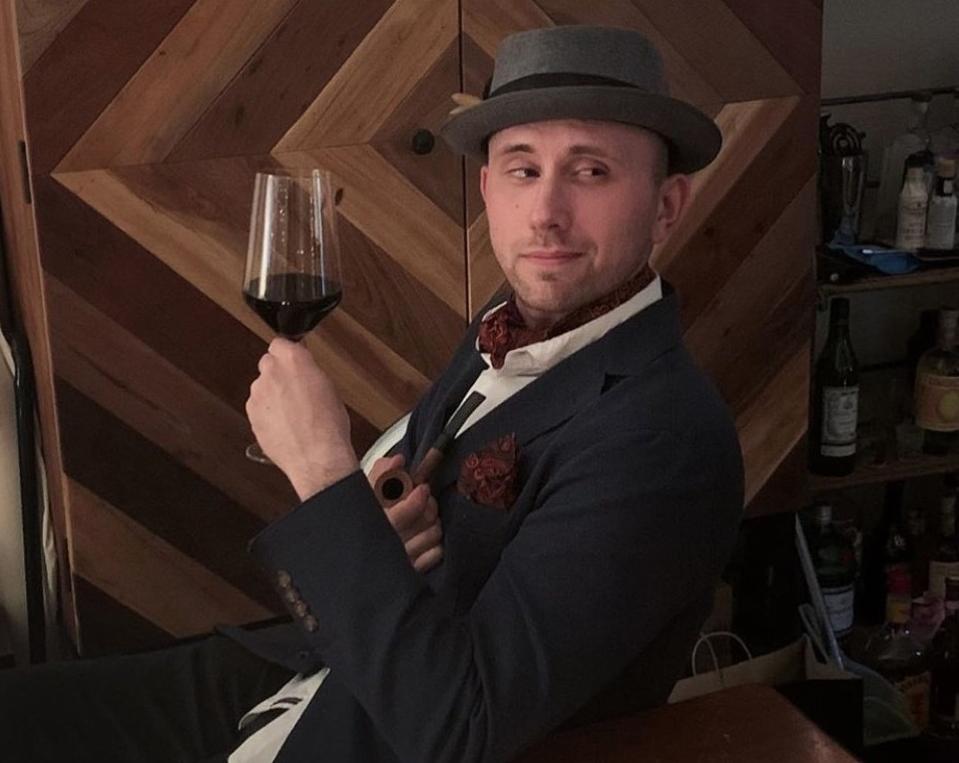 Necessity, as they say, is the mother of invention. And right about now, mothers and fathers of school-aged children are probably willing to try just about anything to entertain them through another weekend of relative isolation, including inviting a forbidden visitor to cross their threshold.

“First, a vampire will deliver your food,” says Josh Sugarman, who’s pivoted his brand activation agency to serve socially starved kids and adults while coronavirus shut-down orders keep his company closed and Americans shuttered up inside. “We wanted to create a little magic. (What we deliver) is like an escape room in a box.”

A pizza box, that is.

Launched in Los Angeles in March and coming to Philadelphia Memorial Day weekend, Sugarman’s Vampire.Pizza concept combines pizza night with game night in a completely novel way. When a patron orders a Vampire.Pizza from a partner pizzeria in their local market, a costumed vampire delivers the food along with everything needed to play the narrative mystery game that has players adopting personas and using clues, puzzles, crafts and interactive online elements to successfully perform tasks they hope will convince a fictional character named Belle to hire them to join her vampire-fighting army. No word on whether ordering extra garlic equates to cheating.

The game takes 60-to-90 minutes to play and comes in individual, two-person or four-person adaptations, with the option to compete with adversaries face-to-face or via video chat. Costumes and room decorations aren’t required but certainly add to the atmosphere. As a bonus, fans are encouraged to show off their creative skills on Instagram using the hashtag #fangforce.

“We love all things immersive and experiential,” Sugarman says. “We were bored and started to reflect on all the things we take for granted, like the story and surprise in dining out. It is theater, even at a non-themed restaurant. Normally we bring entertainment and content to traditional brick-and-mortar experiences like shopping malls. Now it’s the local pizzeria.”

Sugarman pulled off idea to execution in a mere two weeks by putting family, friends and out-of-work writers, actors, producers and others back to work. He followed his inaugural launch, in his homebase of Los Angeles (with Ghost Pizza Kitchen), by flying into Las Vegas and will land at celebrity restaurateur Stephen Starr’s Pizzeria Stella in his native hometown of Philly in time for the holiday weekend. Stella sets cost $40-$45 per person. Sugarman will finish the tour in (all five boroughs) of New York City next week.

For now he’s running occasional pop-ups in each city — Philadelphia’s promotion runs through May 25 — but intends to expand to full-time pick-up and delivery in selected cities around the country soon. Given Transylvania’s distance, the Romanian region will have to wait.

Sugarman has every reason to expect success. Not only has he already built out his staff to a dozen people and hired at least two outside creative agencies, he’s catered to 3,500 patrons sharing 1,000 orders in his first eight weeks.

Though chapter one is a one-and-done experience, his team is already crafting chapter two, which he expects to deliver to patrons’ doorsteps this summer.

What’s Next For The Hospitality Industry: Experts Dish On Best Practices For Hotel And Restaurant Re-Openings