Breaking
Florida Supreme Court Tells The American Bar Association...
How to Write Perfect Paid Social Media Marketing...
How To Boost Productivity In Your Small IT...
How Restaurants Can Design a More Sustainable Food...
Expenses That Small Business Owners Need to Be...
How You Can Make Saying Goodbye To The...
Biden To Meet Royal Family At Cornwall’s Eden...
It’s Going To Be Emotional — Going International...
Peer Mentoring For Students: STEM & Buds
7 PR Trends in 2021: The Story So...
Google Plans Radical New Google Pixel Smartphone Upgrade
Where Did COVID Come From?
Ride To Growth With A Business Vehicle
C3.ai’s Tom Siebel: How To Scale AI
Moz Acquired by iContact Marketing Corp
10 Examples of Brands Using TikTok Stitch and...
Home Technology VC Investments In Enterprise Tech And AI
Technology 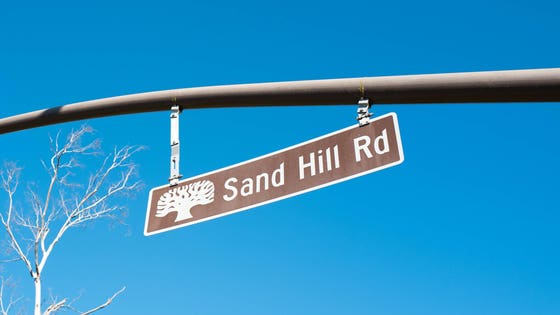 According to Toptal, the venture capital sector has grown by 12.1% annually since the financial crisis. The same source tells us that the amount of capital raised per year has grown by 100% over the decade.

Hundreds of venture capitalists are backing up startups and entrepreneurs with billions of dollars each year. Many businesses rely on these VC investments and entire economies depend on it.

When choosing to back up projects, most investors look for innovation, expertise, and profitable opportunities. I’m going to take a look at some of the top tier venture capitalists and their investments in the field of enterprise tech and AI.

Companies with a focus on AI have collected over 9.3 billion dollars in the US during 2018. The number of venture capital investments keeps growing on a global scale, opening up new opportunities for startups and entrepreneurs who are looking for their golden ticket to the enterprise tech and AI space.

As stated on Kurtosys, venture capital deals ranged between $10 million and $25 million in the US ten years ago. Today, there is a trend of $50 million plus deals getting a greater share of total investment.

Even micro and local venture capitalists such as Northstar Ventures and Base Ventures are hitting these large numbers. On the local micro VC side, Aybuben Ventures, the first Pan-Armenian venture capitalist fund focused on Armenian tech entrepreneurs.

With a fund of over $50 million, Aybuben Ventures is not limited to people in Armenia only. On the contrary, the fund is open to Armenians all over the world who are engaged in enterprise tech business and development. “Armenians live all over the world and they are proud of their culture and don’t want to lose their identity. Potentially this creates a huge global pool of entrepreneurs, professionals, capital, companies and knowledge which can be leveraged and scaled in any of the world’s economies. That said, we welcome interest in our foundation, from any organization and without regard to nationality,” said Alexander Smbatyan, one of the founding partners of Aybuben Ventures.

Overall, the venture capital space keeps growing, providing technology startups with sufficient funding for growth and expansion. “There is an innate disposition to develop companies that make extensive use of technologies such as artificial intelligence, machine learning, biotechnology and more,” Smbatyan added as one of the reasons why it is worth to invest in the space of enterprise tech and AI.

Holiday Gift Guide 2019: The Most Over The Top Gourmet Food Gifts