Venezuela Sanctions: What U.S. Citizens With Cryptocurrency Need To Know

On February 18, 2020, Secretary of State Mike Pompeo announced how the U. S. sanctioned Rosneft Trading S. A., a Swiss-incorporated, Russian-owned oil brokerage firm, for operating in Venezuela’s oil sector. Since then, headlines in the news showcase the Trump Administration discussing ways it may increase the pressure on the Maduro regime in Venezuela through economic sanctions. 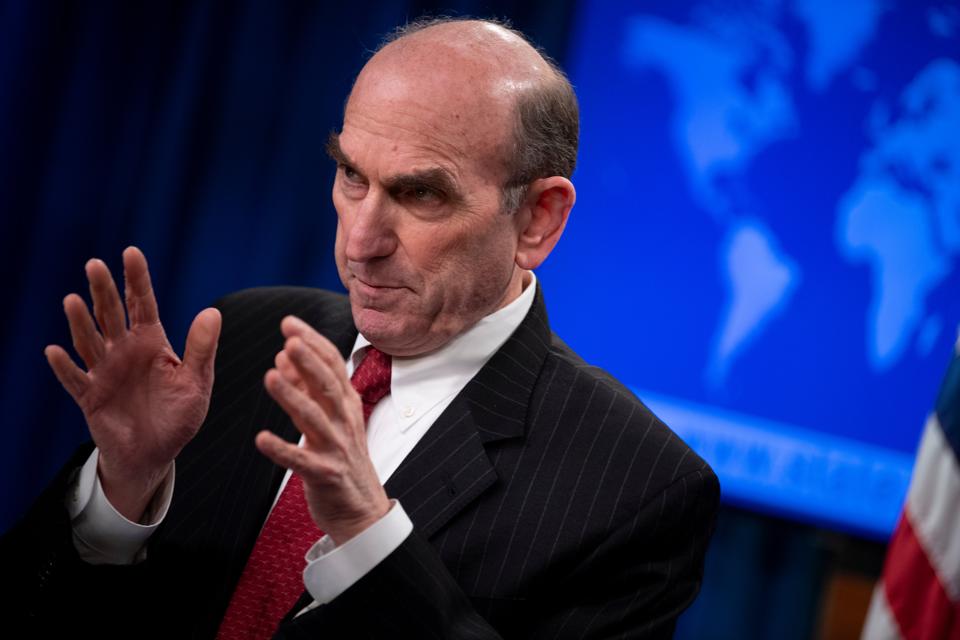 US Special Representative for Venezuela Elliott Abrams during a briefing at the US Department of … [+] State about new sanctions February 18, 2020, in Washington, DC. – The United States on Tuesday announced sanctions against a subsidiary of Russian state-controlled oil giant Rosneft over its continued trade with Venezuela in defiance of Washington’s attempt to break leftist President Nicolas Maduro’s grip on power. (Photo by Brendan Smialowski / AFP) (Photo by BRENDAN SMIALOWSKI/AFP via Getty Images)

Previous U.S. citizens had little to worry or think about with respect to violating U.S. sanctions against a specific country, this new technology allows individuals to buy and sell crypto such as Bitcoin around the world. Indeed, the Maduro regime introduced its own cryptocurrency – the Petro – with a white paper that argued for a replacement of the U.S. dollar as the global reserve currency.

‘Anyone who transacts with the sanctioned individuals and entities, such as the former Maduro regime or PdVSA and regardless of currency of the transactions, risks exposure to U.S. sanctions.’

A State Department spokesperson for the Western Hemisphere Affairs bureau noted, ‘E.O. 13827, as amended, prohibits U.S. persons from transacting in any digital currency, digital coin, or digital token, that was issued by, for, or on behalf of the former Maduro regime on or after January 9, 2018. Anyone who transacts with the sanctioned individuals and entities, such as the former Maduro regime or PdVSA and regardless of currency of the transactions, risks exposure to U.S. sanctions.’

Previously in Forbes, it was reported how this Executive Order was also under consideration by Congress in establishing a law and policy on cryptocurrencies held by U.S. citizens with respect to economic sanctions.

As Web 3.0 continues to take hold with cryptocurrencies allowing financial transactions to take place around the world in a way that the world has not seen before, the question of how U.S. policy in sanctions with its own citizens will evolve remains to be seen and is clearly a topic being considered by policymakers in D.C.

4 Popular Dividends Are About To Be Slashed....

Record Unemployment Has Contributed To A ‘Striking’ Shift...