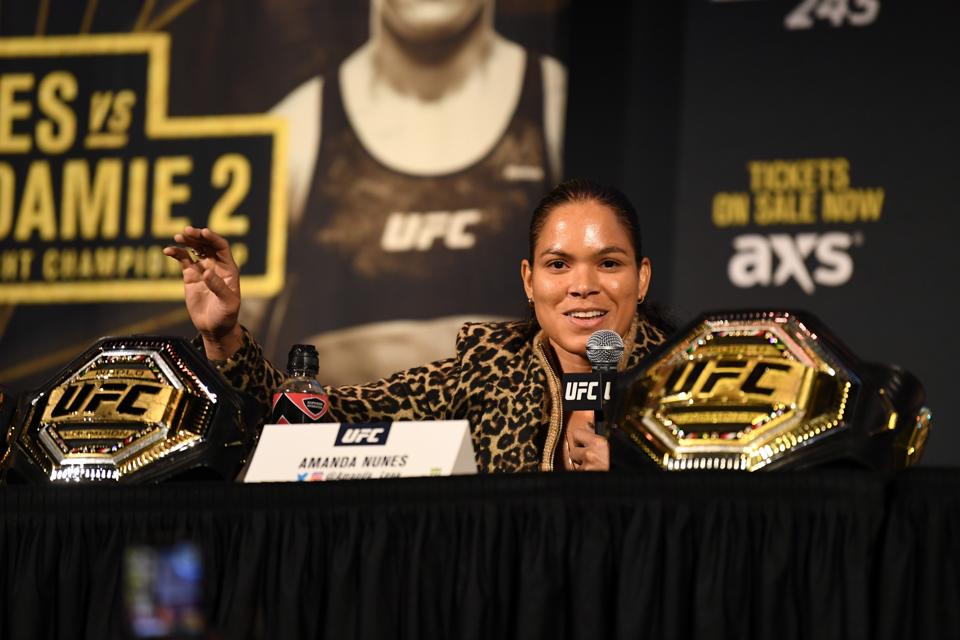 The UFC is in Las Vegas tonight for the UFC 250 pay-per-view event. In the main event, UFC women’s featherweight champion Amanda Nunes puts her title on the line against former Invicta FC 145-pound champion Felicia Spencer.

The co-main event pits ex-UFC bantamweight champion Cody Garbrandt against Raphael Assuncao. Garbrandt, who is the No. 9 ranked fighter in the official UFC bantamweight rankings, has lost his past three fights. Assuncao, who is ranked at No. 5, has dropped his two most recent outings.

Another important bantamweight matchup precedes the Garbrandt vs. Assuncao scrap. That bout pits No. 2 ranked Aljamain Sterling against No. 4 ranked Cory Sandhagen.

Following the main event, the UFC will hold the post-fight press conference for the fight card. The competitors from the title fight, as well as other main card fighters, are expected to spend some time with the media after the headline bout ends. The press conference is expected to begin at 1:15 a.m. ET.

Is Inequality Part Of The American Dream, Or The End Of It?

Economy/Markets: SNAFU – The Shape Of The Recovery