Visit The Places Where ‘Little Women’ Was Filmed 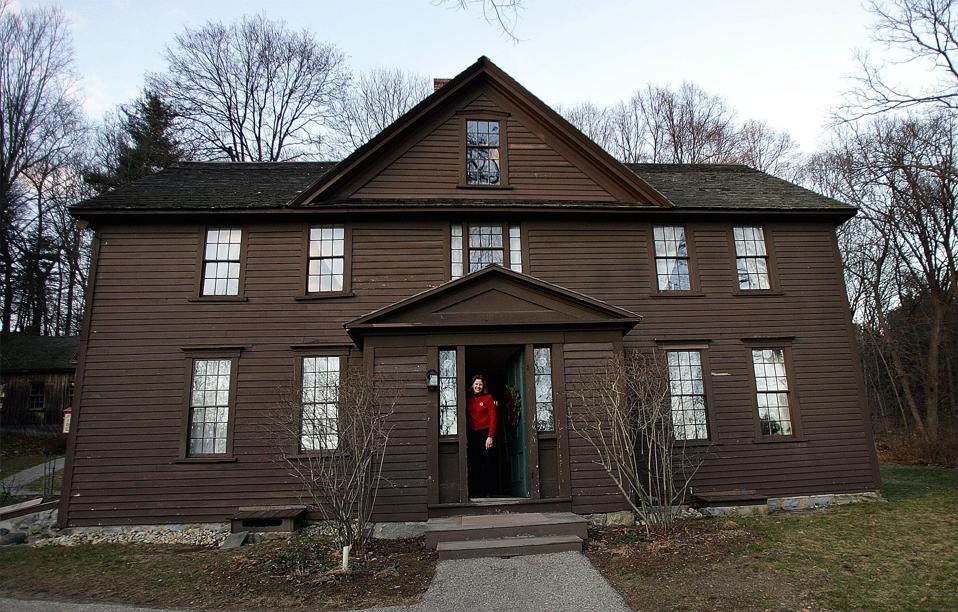 Few books have captured the imagination of generations of readers like Louisa May Alcott’s 1868 novel, Little Women. Evidence of the book’s enduring popularity is the series of movies, plays and television shows made from it.

Unlike past filmed versions, which were created on soundstages, this new look at the beloved story was largely made at historic sites in Massachusetts, where the fictional March family lived. Many of those sites are open to the public throughout the winter, and some will feature Little Women-based programming and exhibitions.

Shown in the movie is Orchard House, where Louisa May Alcott lived with her sisters and parents. The Concord, Massachusetts house is where she wrote her best seller. Open year ‘round, it provides an unparalleled glimpse into Alcott’s life and into the home where she set her story.

If you want to see the Federal staircase descended by the film’s bevy of young ladies in pretty dresses, go to the Prescott House on Boston’s Beacon Hill. Along with its neighbor, the Gibson House, it served as backdrop for a number of interior and exterior scenes.

To see Meg and John’s newlywed home, as well as a real Alcott family site, visit the Shaker Gallery, one of the buildings at Fruitlands in Harvard, Massachusetts. In 1843, Amos Bronson Alcott and Charles Lane turned a swath of Harvard farmland into a Transcendentalist experiment in subsistence farming and Emersonian self-reliance, naming it “Fruitlands.”

“The crew filmed both interior and exterior scenes here for two days in October of 2018,” says Catherine Shortliffe, Engagement Manager at Fruitlands Museum. “Greta Gerwig, the actors and all the crew members were interested in the site and were excited by the history. I can’t help but think it made for a more authentic result. In one of the exterior scenes,” she adds, “We see the red farmhouse where the Alcott family lived.”

To see where the movie’s beautiful beach scenes were filmed, go to Crane Beach in Ipswich, Massachusetts. The chauffer’s quarters on the Crane Estate served as Amy’s art studio.

To see where Aunt March, depicted by Meryl Streep, lived, go to the Bradley Estate in Canton, Massachusetts.

“The last scene in the movie was shot in the garden here,” says Vidya Tikku, director for Greater Boston properties at the Trustees of Reservations, who own the Bradley Estate. “Inside the house is where we see Aunt March meeting with the girls in her own home.”

The film crew spent three days at the Bradley Estate.

“They were very respectful of the historic fabric of the house,” Tikku says. “And it was fun to see how they used the location for the movie.”

You, too, can see these locations from the movie and gain a richer understanding of Louisa May Alcott and her sisters.

There’s Never Really Been A Console War Because...

Should You Budget For PR Services?