Breaking
Do You Know If You’re Prepared For Retirement?
The Amazfit GTS 2 Mini May Be One...
Hotelier/ Billionaire Philanthropist Jonathan Tisch: What A Hospitality...
More Entrepreneurship, Less Recidivism Among The Formerly Incarcerated
Do S&P 500 Investors Really Want To Buy...
Small Business Burnout? Use This Time To Rest,...
7 Native American Inventions That Revolutionized Medicine And...
Cannabis Industry Expects A Green Christmas
How Small Businesses Can Survive The Growing Pandemic
Check These ‘Risky’ iPhone 12 Security Settings Now—Here’s...
Five Key Findings From The Highly-Anticipated ‘Future Of...
How To Pivot A Customer-Facing Hospitality Business Into...
How To Be A Better Leader For 2021
iPhone ‘Weak Security’ Wi-Fi Warning: Here’s What It...
Stock Market: ‘Fundamental-Lite’ Speculation Is Here – It’s...
Green New Deal Goes Global Despite Greta Thunberg’s...
Home Finance Wall Street To Washington: ‘Show Me The Money’
Finance 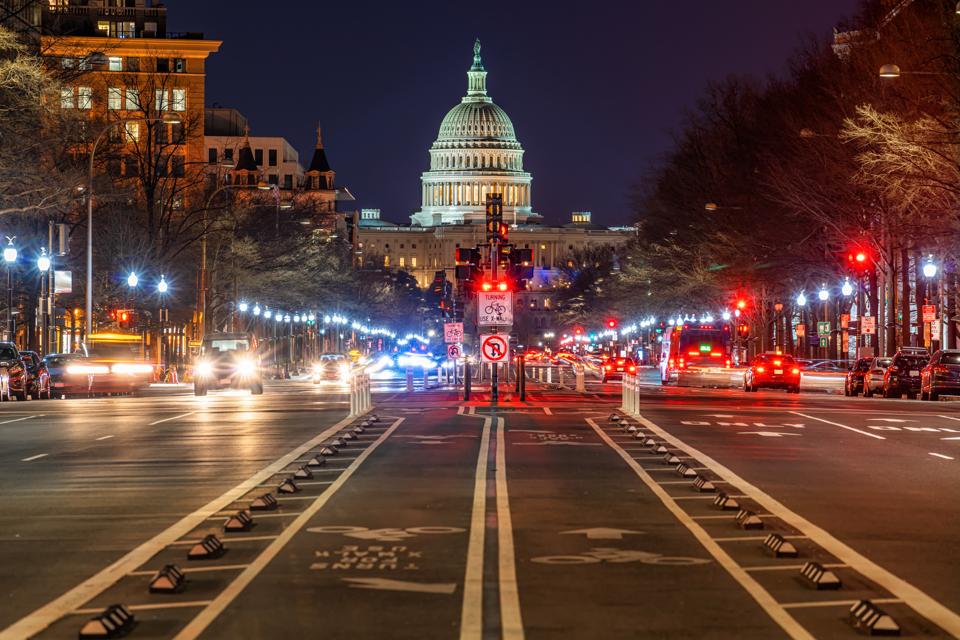 Empty streets leading to the Capitol Building. The coronavirus continues to be a problem for most of … [+] the country and investors are looking for Treasury, Congress and the Fed to keep the economy alive.

Like a Chinese day trader, Wall Street has grown addicted to the whims of government spending. This month, another stimulus round is expected to fight the economic impacts of Covid-19. The market hopes it’s a doozy, even as stocks are priced higher than most investors would like, and tech stocks in particular are the most overbought items in the U.S. after PPE and face masks.

In the U.S., the coronavirus continues its tour south of the Mason-Dixon line and while most hospitals are in good shape, there are pockets throughout the south that are on a razor’s edge because of the coronavirus. This thing just will not go away.

Lockdowns are either being re-imposed or threatened to be re-imposed as hospitalization rates increase in the U.S. For now, it seems like either the stubborn U.S. is not willing to wear face masks or social distance and that is causing the spread, while Europe and all of Asia seem to be handling this better. It’s a mystery. But one thing is for sure, the Americas, with the U.S. being in the worst shape, have been the hardest hit countries by the coronavirus. As a result, economic relief is needed as millions are forced to stay at home, and dozens of businesses have declared bankruptcy.

Investors want an extension of the Fed’s generous unemployment insurance program, scheduled to expire July 31, and either a tax holiday, a temporary Obama-era style payroll tax cut, or additional stimulus checks mailed out for the fall.

Meanwhile, China seems to be doing well despite being the country that got us into this mess. 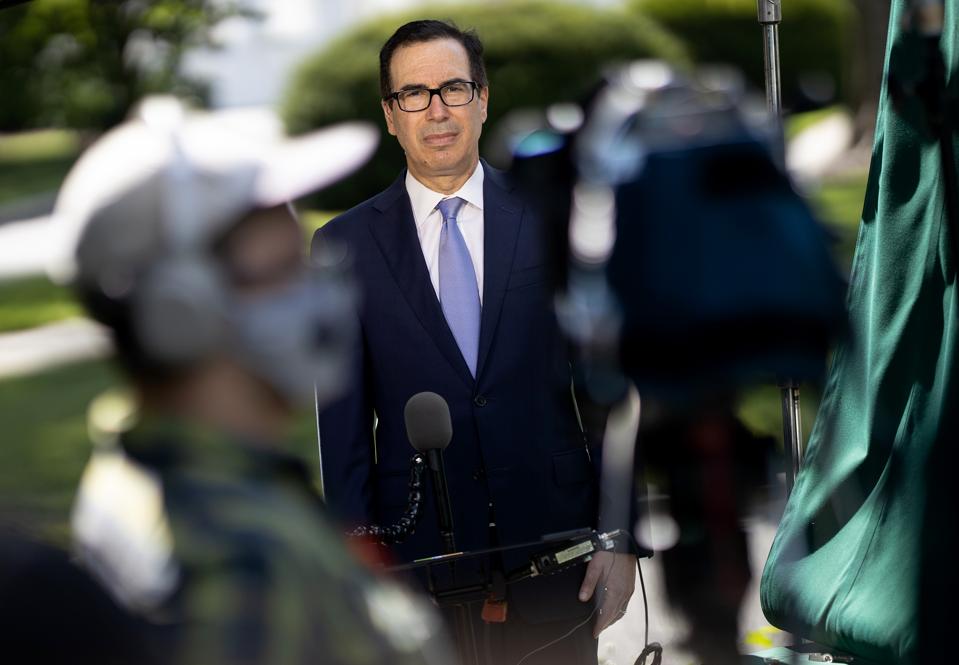 U.S. Treasury Secretary Steven Mnuchin. More bazooka money on hold and ready to be fired at will. … [+] (Photo by Win McNamee/Getty Images)

Trends in credit growth provide further confirmation of a snap-back in activity in China.

The rebound across Europe is also apparent, led by Germany of course. The European Central Bank and the Bank of Japan are both expected by the market to remain on hold this week, with central banks in Asia cutting interest rates.

The United Kingdom announced a targeted fiscal package to support labor markets, while negotiations in Europe and the U.S. for further fiscal stimulus will come in the next three weeks.

“Incoming economic data continue to support our central narrative of a global economy that has engaged in lift-off…but with expectations for a bumpy ride,” says Michael Gapen, U.S. economist for Barclays Capital in New York.

For Barclays, the recovery is all dependent on stimulus.

The Treasury department still has around a trillion dollars it has yet to put to use and that should enter the economy here in the third quarter, giving investors a reason to be bullish even as other investors scratch their heads at how high stocks can go despite pricing. 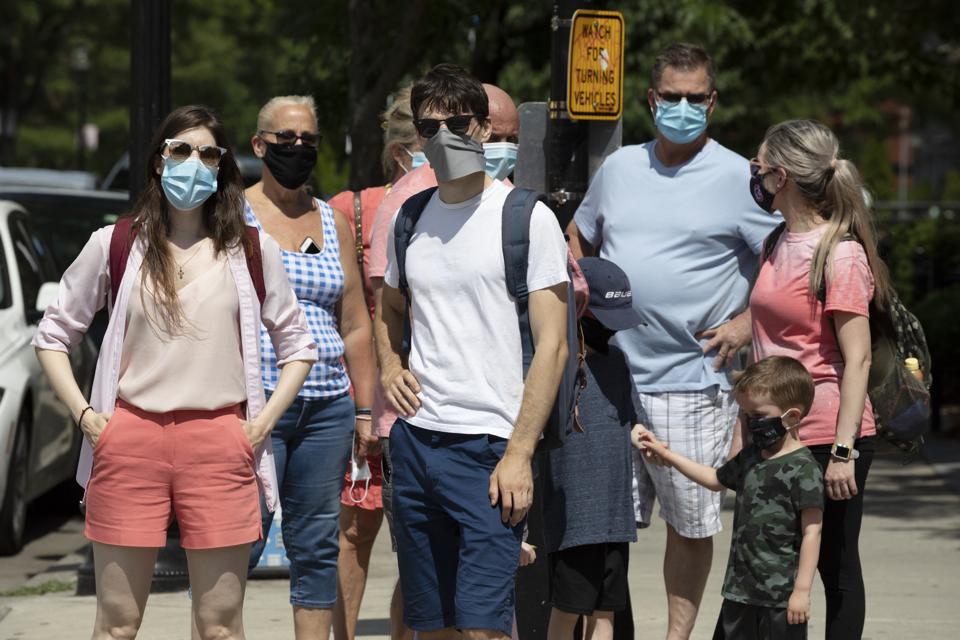 U.S. vs Covid-19: The Battle Continues

Daily counts of new Covid-19 cases rose again last week in a number of states, following moves in May and June to relax restrictions on non-essential activity.

Economic and social activity has only just begun to recover some of the ground lost during the stay-at-home orders. Disney World in Florida actually opened this weekend despite the public health emergency in the state. Everyone is required to wear masks, in 90 degree sweltering hit. This seems like a Disney buzz kill.

Several states are tapping the brakes on plans to further open up activity, with New Jersey closing indoor restaurants again just days after telling restaurant managers they were free to open the doors. That’s a lot of steak and fish sitting in walk-in coolers going unused right now in Jersey.

In a report released last week, Barclays looked at the effectiveness of alternative measures to mitigate the speed of the viral spread. Their analysis suggests that it may be possible to contain the spread of the virus without re-imposing costly stay-at-home orders again in the weeks ahead. But achieving that goal will require the right mix of opening and closing, social distancing and mask wearing. It’s challenging. 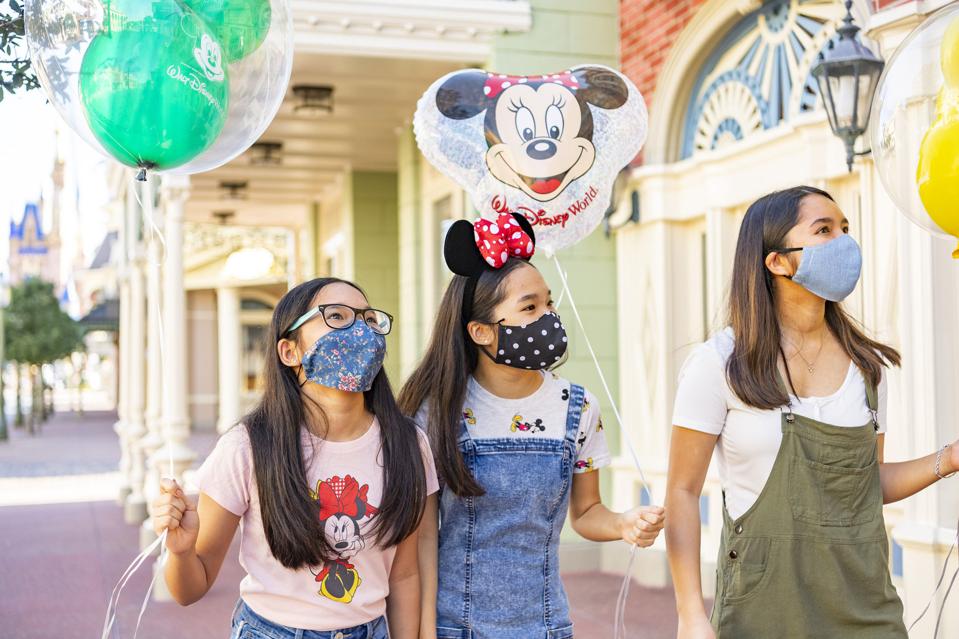 The unwinding of lockdowns pushed infection rates over 1, which means for every person with the disease, they spread it to one other.

Barclays’ estimates suggest that there are more viable alternatives that could be effective. One option is a well-designed testing and tracing regime, something presidential candidate Joe Biden called for last week.

According to Barclays’ estimates, the infection rate for the U.S as a whole could be pushed down to 0.9 by boosting the testing rate from its current average level of 660,000 tests a day to about 2.5 million, enough to cut the number of active infections in half every 104 days.

If you could test a whopping 5 million people daily, it could halve infections about every month, based on Barclays’ number crunching, and yes, they are not epidemiologists, but their data is as good as anybody’s else’s at this point. Number crunchers have been woefully inaccurate in predicting the severity and trajectory of Covid-19 thus far.

Barclays also seems in line with the Biden plan to mandate face masks in a given jurisdiction because face masks tend to reduce spread, though not by a lot. Barclays estimates that face masks can reduce spread by at least 10%.

So long as the coronavirus is on tour, Wall Street will be banking on stimulus. When the stimulus finally winds down, the market will look a lot different. In the base case, the economy will be back to pre-coronavirus growth mode, only much more so given the wipe out in economic activity around the globe since March.

Cool New Tech Trends That Will Change The Way You Work