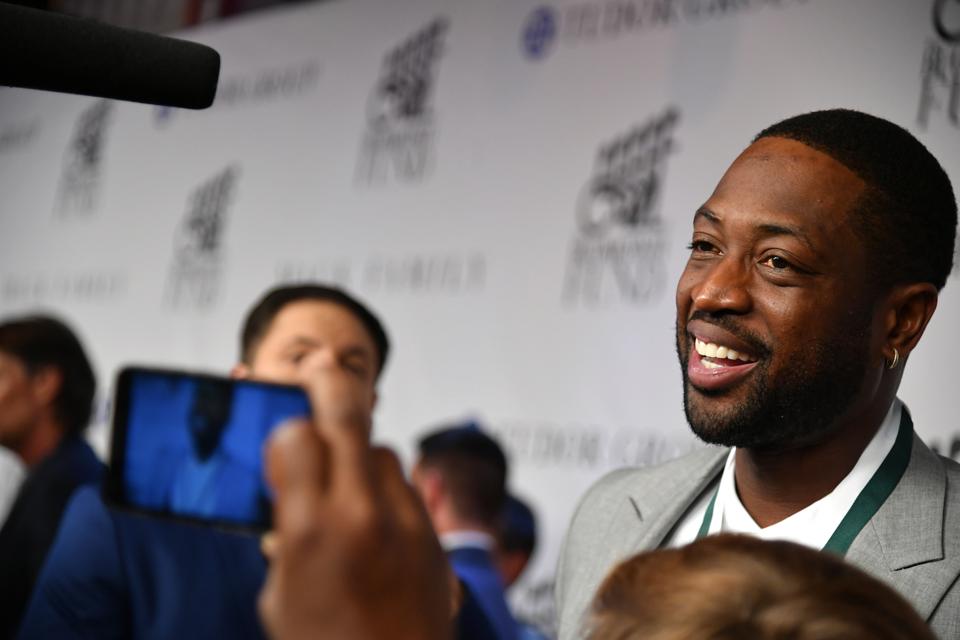 Getty Images for The Buoniconti Fund To Cure Paralysis

The children of famous athletes often have a large cross to bear and Dwyane Wade is executive producing, and starring in, a series that looks at how these children deal with parental fame and carving their own path. Entitled Legacy, the eight part docuseries will run on Vudu, which is Wal-Mart’s streaming service. Vudu ordered the series from Whistle, which creates and distributes entertainment and sports programming. Wade also serves as an executive producer for the new Vudu Original through his production company 59th & Prairie Entertainment.

The series makes sense when you consider the story of Zaire, one of Wade’s children. Zaire also plays basketball, but there is no doubt a lot to unpack when you are a teen and your dad is a superstar. Zaire is one of several youth athletes the series will follow, as the younger Wade completes his final year of high school basketball. Another athlete in the series includes 2020 Olympic hopeful Vashti Cunningham, the daughter of former NFL star Randall Cunningham. Other athletes in the series will include Evan and Elijah Holyfield, the sons of boxer Evander Holyfield.

“I’m proud to executive produce Legacy and bring my son’s unique athletic journey to other aspiring young athletes,” said Dwyane Wade in a statement. “I hope this docuseries leaves viewers feeling inspired through showing the hard work and dedication needed to turn your dreams into reality.”

Vudu bills itself as an “online video store” for those who are tired of figuring out where their favorite movies or shows are streaming. Instead, you rent the video for just under a dollar on up to $5.99. No subscription is required. In addition to Legacy, two other series are now joining Vudu’s burgeoning slate of original titles, including series reboot Mr. Mom and film Adventure Force 5.

Amid a field of streaming options, Vudu is trying something different. And, frankly, it’s curious this series is going to Vudu instead of say, a cable network known for sports. But the stories of these famous progeny will likely be interesting to people both within and outside of the world of sports. Everyone loves a good story about perseverance, and these tales will likely deliver on that.

“We are thrilled to partner with Vudu to create premium content that harbors family values consistent with Whistle’s brand,” said Dominic Ianno, EVP and head of Whistle’s growth and new initiatives group and executive producer on the project. “We have assembled a stellar team to bring these stories to life and provide a source of inspiration for adolescents as they face the daunting task of making decisions that will impact their futures.”

Wade’s 59th and Prairie production company, named for the intersection in Chicago where he grew up, last year inked a major deal with WarnerMedia to create several new projects. The dates for those projects has not yet been revealed.