Want A Good Place To Focus Your Charitable Giving? 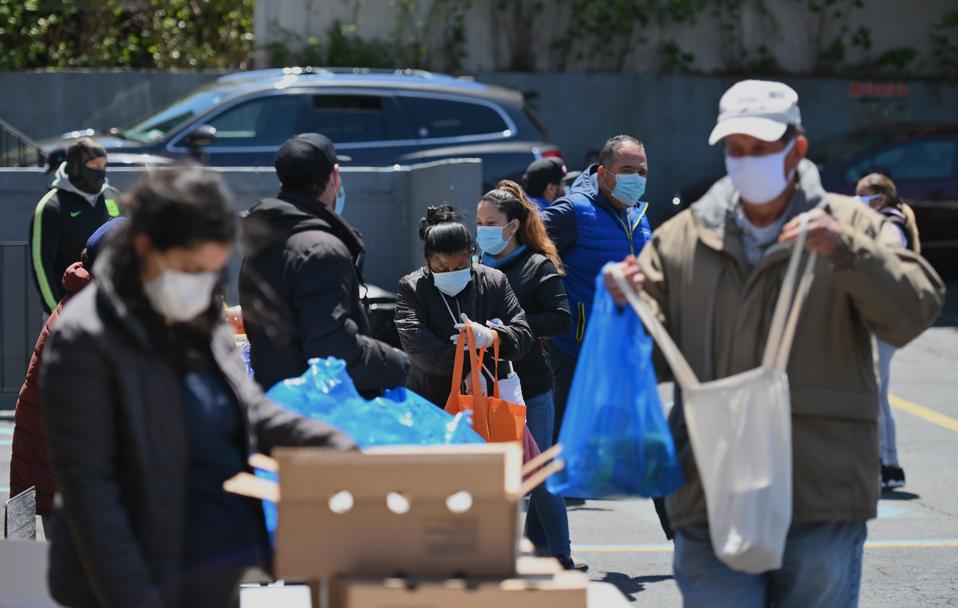 The old saying is that it is better to give then to receive. In this harrowing time of outrage over police violence against black people and fear about pandemic infections, how can you make a difference with your philanthropic dollar?

One way is to donate to an organization known as Echoing Green, which for 33 years has been making a difference for people of color and other too-often marginalized persons. As a lot of what it targets is health-related, this group is the perfect recipient of your contributions in the era of Covid-19.

Charitable donations usually are made for two reasons: to reap a tax deduction and to do some good in this world. Well, the 2017 tax code changes have whittled down the deduction incentive, which you need to itemize to get: For many, an increased standard deduction (doubled to $12,400 per person) often dwarfs many other individual deductions. To a small degree, you still can get a tax break for giving. The Covid-19 rescue package Congress passed in March permits you to take a charitable deduction of up to $300 for 2020 only, even if you don’t itemize.

The good news: The shrinking of the charitable deduction hasn’t mattered for philanthropy. Americans still are giving generously. Which sounds a positive note about our country’s altruism. In 2018, the first year the new law took effect, U.S. donations dropped just 1%. In 2019, philanthropy enjoyed a record year, up 4.2%, according to Giving USA.

I’m focusing on Echoing Green as a worthy recipient of your giving because it so perfectly exemplifies the sort of place that does a lot of good, and in a worldly wise way. Inherent in its mission is the idea that what truly makes a difference, in bringing people out of underprivileged situations, is leadership. Echoing Green’s charge is to foster young entrepreneurs and help them launch enterprises to bring about positive social change.

Other nonprofit organizations devoted to racial justice, community building and economic advancement of minorities include the Weingart Foundation, Borealis Philanthropy, the For Foundation and Chicago Community Trust. Echoing Green’s approach makes it stand out.

At the center of Echoing Green is its fellowship program: Each year, it chooses 30 fellows, from a pool of 3,000, to spend two years learning how to be what it calls “social entrepreneurs.” (The new class of fellows has been cut to 10 due to the virus.) After the program is over, the organization provides fellows with seed money to help them get their efforts up and running.

Case in point: Fellow Wendy Kopp went on to found Teach for America in 1989—an operation that enlists teachers for low-income schools.

Another fellow, from 1991, was Michelle Obama, who co-founded Public Allies, which supports young community leaders. Still another, Van Jones (1994), now a CNN commentator, set up the Ella Baker for Human Rights, which takes on police abuse.

Echoing Green’s current president, Cheryl Dorsey, was a 1992 fellow, and the group helped fund her idea for a mobile clinic that would help people in Boston. Called the Family Van, the endeavor screens folks for HIV, blood pressure, cholesterol and the like, as well as furnishing health counseling. Echoing Green got her started with a $25,000 grant.

Previously, Dorsey graduated from Harvard Medical School, but decided she preferred to help humanity outside of practicing medicine. “I wanted to get involved in social innovation,” she says, “in making the world better.”

An aching need exists for an organization like Echoing Green, which benefits from blue-chip donors like Citigroup C and BlackRock BLK , plus many smaller contributors. That’s because minority-led nonprofits receive 24% less in revenue than do white-led ones, per a study by Echoing Green and consultant Bridgespan Group. What’s more, the gap is even wider for what’s called unrestricted funding. This is money that nonprofits allocate to any use, such as operating expenses. These unrestricted dollars are 76% smaller for minority-led groups.

As we look around at society’s many woes and inequities, it’s heartening to know that something can be done to rectify them. Even in a bleak time like this. As Dorsey puts the matter, “There are entrepreneurial solutions.”

Here’s How The World’s Biggest Health Crisis Is...

The Amazon Void: It’s Time For Retailers And...

Hunting For Value In A Fragile World