Want To Attract Venture Capital? Think Like A Screenwriter. 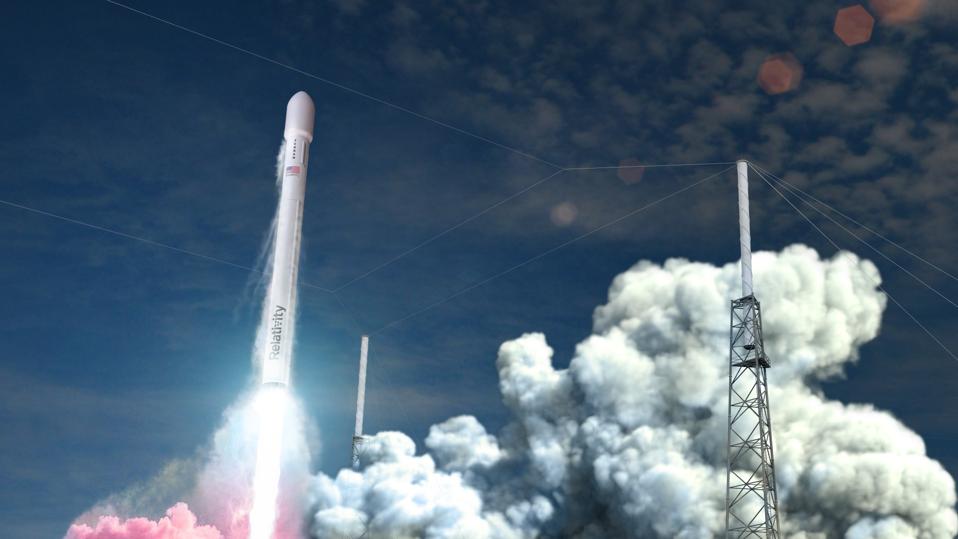 When Tim Ellis enrolled at USC in 2008, he majored in aerospace engineering but he secretly hoped to become a screenwriter. Instead, he ended up creating an entirely new way of building rocket ships. The two things have a deep connection. Storytelling and vision have influenced the unique ways that Ellis has attracted investors and built a groundbreaking company.

Ellis is CEO and co-founder of Relativity Space, the first and only company that is building space rockets using 3D printing—an innovation that dramatically reduces the cost and risk of such projects.

After a stint as an engineer at rocket company Blue Origin working for Jeff Bezos, Ellis and co-founder Jordan Noone, launched Relativity with seed funding from Mark Cuban.

How he got the money is an Oscar-caliber story in itself. Ellis and Noone guessed every possible permutation of Cuban’s email address, and sent him a message that told a compelling story in the subject line: “Space is sexy: 3D printing an entire rocket.”

The Shark Tank star responded within five minutes and funded the entire seed round of $500,000 himself.

“People need to be more like Tim,” says Van Espahbodi, co-founder and managing partner of Starburst, the largest aerospace innovation hub for startups. “They need to be more brazen and bold in their fundraising strategy. He knows how to use his network and pique people’s interest while doing something important.”

That was just the opening act.

“You want to have as many meetings in as little time as possible,” he says. “There are colors of money. Investment is good, but who your investors are matters a lot. You want someone who fits with your culture, values and mission.”

The former aspiring screenwriter writes his own presentation decks. The underlying message is worthy of George Lucas and Steven Spielberg. His ultimate mission is building technology that can take people to Mars and help colonize the planet.

Espahbodi sees vast possibilities in Relativity’s approach. “Relativity represents a new paradigm of flipping the risk model of manufacturing on its head,” Espahbodi says. “If you understand the brain trust of Relativity when it comes to additive manufacturing, their approach will empower not just the space industry, but every other industry. How can automotive or other manufacturing industries rethink their production process that reflects the top tier safety culture of space?”

Here is a fact that shows the strength of Ellis’ vision and persuasiveness: Relativity is the first space investment for every single one of his investors. Thus, Ellis must also educate his investors about the process of making spacecraft through 3D printing.

To that end, he has built a network of partners who can help tell his story. For example, he will guide a prospective investor to someone who can explain the implications of rocket insurance.

“Our series A investor made 100 phone calls to conduct due diligence, because I walked him through to 100 people,” he says. “A big reason that people don’t invest in hardware is lack of knowledge. An entrepreneur needs to help them acquire that knowledge.”

Ellis has also learned to pay attention to whether his pitch is resonating. “People think money is investors’ greatest resource,” he says. “It’s actually time. There are only so many board seats they can take.”

Ellis likes to parcel out some information, making investors eager for the next plot turn. If an investor is not willing to schedule a 15-minute phone call to learn more, he is not interested. “Too many entrepreneurs open their whole data store,” he says. “That’s like asking a potential employee to spend a weekend with you and your family at Disneyland, before they’re even willing to fly to LA for an interview.”

As any screenwriter can tell you, you need to know your audience. The result is an out-of-this-world company that has a dramatic final act (and perhaps some sequels) yet to be written.

Who Are You Thankful For? A Powerful 3-Step...

WWE Could Be Making A Huge Change To...

What I Found When My Favorite Local Restaurants...