Breaking
Top Stocks To Short Today As Markets Fall...
Three New York-Based Sustainable Fine Jewelry Brands That...
This Week In Credit Card News: No-Interest Credit...
Thirteen Predictions For 2021 In Sustainability Private Equity...
How Too Much Optimism On Vaccines And The...
Nine Strategies To Make Your New Year’s Resolutions...
Paper-Free Isn’t Enough: The Keys To Sustainable Web...
The Era Of Multimedia Engagement
Is Twitter’s Stock Move Overdone?
Why Does The Chancellor Refuse To Help The...
‘WandaVision’ Episode 1 Recap And Review: A Crackerjack...
How To Move From An Office To A...
Managing Customer and Vendor Relationships: 4 Things to...
Prince Charles Wants Companies To Raise £7.3bn For...
$3 Million Martian ‘Drone With Claws’ Set For...
Biden Will Push Congress To Pass $1.9 Trillion...
Home Technology Want To Keep Your Marijuana Stash Secure? There’s a New App-Controlled Device for That.
Technology

Want To Keep Your Marijuana Stash Secure? There’s a New App-Controlled Device for That.

Since time immemorial, homeowners have locked up their guns and their money for safekeeping. But, now, given the sea change in society’s attitudes toward recreational drugs, homeowners have something else to keep safe from prying hands: their weed.

Forget those hippie-era solutions for storing your stash: makeup bags and pencil cases or that special secret spot under the bed. Modern cannabis is potent and expensive, and it’s something other people really, really want it, be they innocent children, unscrupulous housekeepers or creepy roommates. The question is how to keep that cannabis secure. 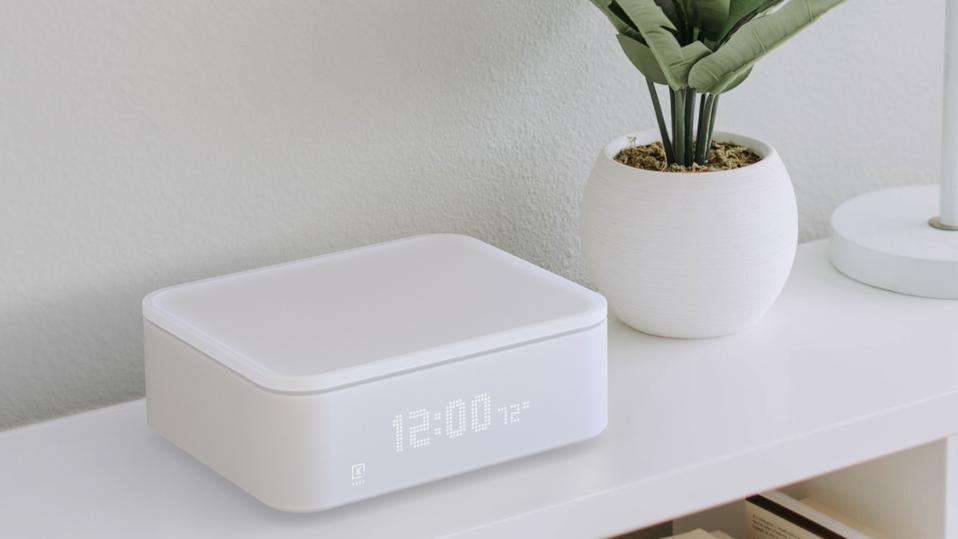 That’s why Wilkins and his two co-founders of the young Toronto based company KEEP this year created what they claim is the first “connected” storage and security device. The device, also called KEEP, is armed with a biometric lock whose app connects to the owner’s smartphone.

What this means is that users can use their phones’ security feature – via either their thumbprint, facial recognition or pass code.

KEEP also features a hermetic seal and humidity and temperature thermometers to keep that pricey cannabis fresh and odor-free. LED lighting and trays inside the device, for storage and rolling, ensure that owners don’t have to root around in the dark for their edibles, vape pens and stash. The KEEP stores up to 28 grams of flower or 4.4 pounds of total cannabis weight. A scale helps owners keep track.

The device is expected to be available for retail sales in March in both the United States and Canada. It will be sold at dispensaries (where legal) and via KEEP.com, as well as through licensed producers like Canada’s growers. The retail price will be $300 Canadian (roughly $226 U.S. at today’s exchange rate).

“We really wanted to leverage the innovation happening with consumer electronic and apply it to cannabis, because it’s the maturation of the cannabis market,” Wilkins explained in an interview, describing the motivation behind his company.

A sign of that maturation may be KEEP’s selection as an honoree by the CES Innovation Awards in November.

Is KEEP the first weed storage solution? Of course not. Necessity is the mother of invention and has created multiple solutions.

They range from a black walnut wood box ($192) from Marley Natural Shop, to a hemp-plastic “stash box ($5 and biodegradable) from Stashlogix. Then there’s a Humidor Combo Box ($99) or “LOCK-R Box” ($250) from Ryot and something called a Cannador ($169 to $349), a kind of carved wooden box, from a company also called Cannador.

However, criticism of these solutions was voiced by Wilkins, a former enterprise software company founder, who uses medical marijuana to treat his epilepsy, and by his partners Ben Gliksman, a technology venture capital lawyer, and Sep Seyeai, a software developer and engineer.

KEEP offers that extra layer of phone-app security, Wilkin argued, singling out their 3.3-inch X 8.8-inch device’s modern design. The KEEP’s look, Wilkins said, “is meant to be a modern design that discreetly blends into the home and will work in any room with the back-lit LED display that shows you the time and outside temperature, so you can put it [in any room].”

Early reviews are good. Wendy Robbins is co-founder, with Karen Paull, of Amazon’s The Marijuana Show, a kind of Shark Tank for cannabis products. Robbins wrote by email that she liked the KEEP concept because “It keeps your cannabis climate-controlled.

“We have that issue with ours, so that would make me personally a buyer,” she wrote.

“There is a huge issue with kids accessing cannabis or, in our case, housekeepers finding our stash and stealing from us,” Robbins added. “I like that this is a clean, great-looking way to keep our cannabis.”

The marijuana investment entrepreneur also sounded impressed at the solid group of investors KEEP has attracted – though Wilkins won’t reveal the amount raised until the current investment round ends later this month.

Still, the investment issue brought up a negative note: the fact that neither mass retailers nor crowd-funders like Indiegogo and Gadget Flow will touch anything related to cannabis, due to federal law and the negative image cannabis retains. “Nobody will have that conversation with us,” Wilkins complained.

“We unfortunately get characterized as ‘cannabis paraphernalia,’ which is crazy,” he continued. “We get put in the same category as bongs and blunts, [though] we are just trying to make sure that edibles and other cannabis-related products don’t get into the hands of children, pets, friends and the like.”

What’s more, he said, a product like KEEP by itself can’t counteract the many products crowding the market “that perpetuate the ‘stoner’ stigma.

“Today, with the products on the market, you have to sacrifice design, convenience and any other out of the shadows functionality you would want when it comes to cannabis,” Wilkins said.

KEEP, he said, aims to reverse that trend.