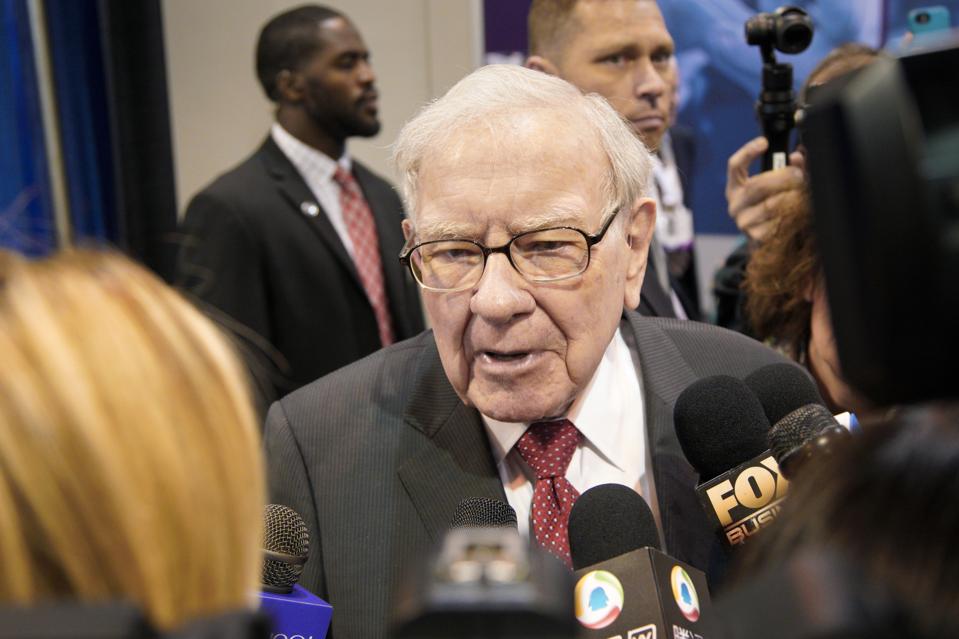 At Berkshire Hathaway BRK.B ’s annual shareholder meeting, Warren Buffett shared his views on the markets. Despite recent events, his overall message was broadly consistent with past years. He emphasized disciplined, long-term investing over decades rather than any short-term market for the next day, month or year.

Buffett continued to stress his belief in betting on America for the long term. However, he pulled back from making any short-time market call. He remains very bullish on the U.S. on a 20-year view. He believes the range of outcomes for the pandemic were extraordinarily broad. Now the range of outcomes has narrowed somewhat, but remain highly uncertain over the next 6-12 months with the possibility for follow-on impacts or the virus returning after the summer months. Still, he didn’t want to make an explicit call on the virus itself, joking that he did ok in accounting but was a disaster in biology.

As such Buffett stressed that over the long-term America can be expected to prevail. That said over the over the short-term he wanted to make it clear that the markets can do anything. He gave examples of times during history when the the stock exchange temporarily closed, and in 1987 when the markets fell over 22% in a day. He also reminded people that those who invested in the U.S. in 1929, around the time he was born, had to wait until the 1950s to get back to even. Again, he wasn’t making a prediction but stating that negative outcomes in the markets were quite possible in the shorter term.

As such Buffett stressed that any investor should invest based on their own mind, and not the advice of others, and with a long-term view and with a stomach for inevitable declines along the way. He also stressed his belief that most people will do fine with low-cost index funds, rather than more sophisticated strategies. He also believes that investing with borrowed money or on margin is potentially dangerous. These themes are consistent with past years, though it is also very clear Buffett is trying to avoid any short-term bullish pronouncements.

Berkshire owned shares in the four large U.S. airlines, specifically American Airlines AAL , Delta Airlines DAL , Southwest LUV and United Continental UAL . They have now sold their entire stakes in each. Buffett sees airlines as “really hurt” in the current environment. Even if Berkshire owned an entire airline he mentioned it would be a “tough decision” whether to keep it. In Buffett’s view a low-probability event happened in terms of how the coronavirus has impacted air travel. He doesn’t want this to be viewed as verdict on the management of the airlines. Furthermore, he doesn’t want it to be viewed as an verdict on the broader markets either which is why he explained the move in some detail.

Buffett outlined his logic that if airline capacity comes back to 70% or 80% of prior levels, then the planes aren’t going to disappear. This makes the future for the airlines a lot less clear than it was previously since we’ve seen what happens in the past when airline load factors decline, in Buffett’s view. Furthermore, the airlines now have more debt than previously, and may well need additional funding beyond that.

So those hoping for a short-term market call from Buffett did not get it, nor did he hint on what his next big deal might be. That said, his view on airlines is implicitly bearish. One of his clearest statements was on the debt markets, he feels that now is a good time to borrow given low interest rates.

Forget The Halving—Is This The Real Reason Bitcoin Suddenly Soared Toward $10,000?

Warren Buffett Sells Airline Stocks Amid Coronavirus: ‘I Made A Mistake’

Guide To Beating The New Death Tax: The...