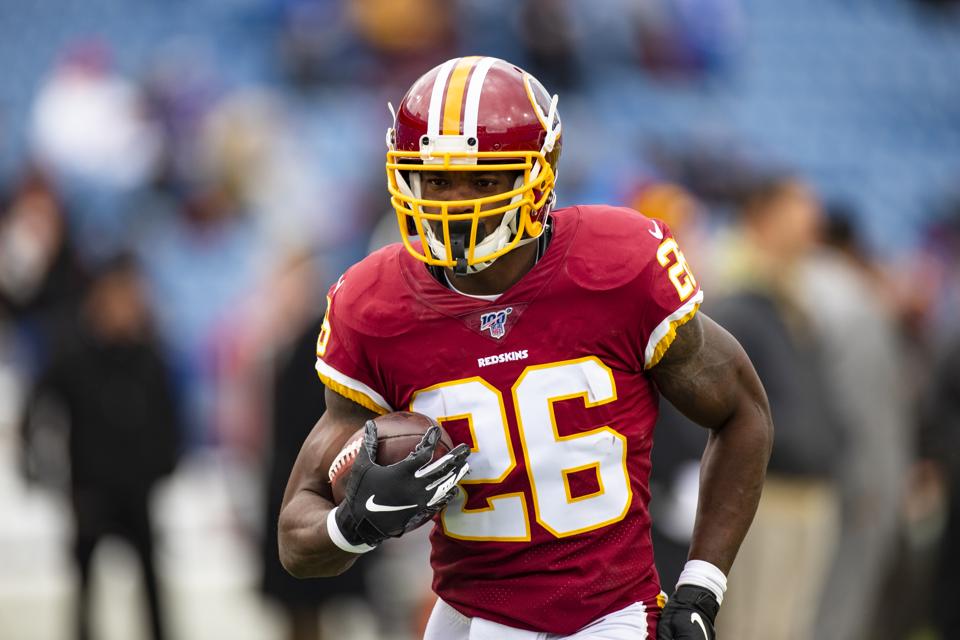 After two successful seasons in the nation’s capital, Adrian Peterson is staying put.

Washington exercised the running back’s 2020 option on Wednesday, which means he will get a $2.25 million base salary this coming season. He also gets a roster bonus of $109,375 and comes with a $3.1 million salary cap hit.

For Washington’s new head coach, that price is more than worth it.

“Adrian Peterson is the epitome of what it means to be a pro in this league,” Ron Rivera said in a statement. “Adrian’s leadership and passion towards the game of football will set an example of what is expected of the players in this program moving forward.”

Peterson, 35, has enjoyed a career renaissance in D.C. After building a Hall of Fame resume in Minnesota, where he spent 10 seasons, the running back looked to be nearing the end when he played in just three games in 2016 and split a less than pedestrian 2017 campaign between New Orleans and Arizona.

Durability and capability have not been issues for Peterson in the years since, however. Since coming to Washington, Peterson has played in 31 of 32 possible games – he was a healthy scratch in Week 1 this past season – while rushing for 1,940 yards and 12 touchdowns. He averaged 4.3 yards per attempt this past season, his highest total since 2015. Peterson was also a team captain in 2019.

The 2020 season will be Peterson’s 14th in the league. He will enter the year fifth all-time in career rushing yards (14,216) and fourth all-time in rushing touchdowns (111). He’s no longer the MVP or All-Pro player he was with the Vikings, but he’s proven that he can still be an effective rusher after a pair of down seasons.

After choosing to retain a productive, veteran presence over cap space, Washington is hoping that remains the case moving forward.

‘The Waltons’ Debuts on MeTV

Stocks Have Best Week Since 1938 After Trump...

Creativity Conquers Uncertainty. Here’s How To Hire For...