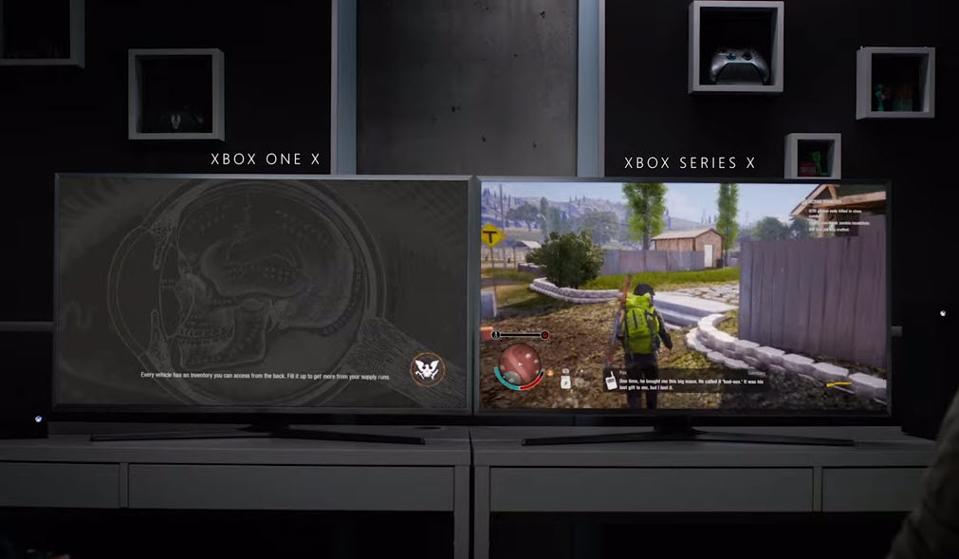 Well, everyone is locked inside and the stock market is about to crash, but Microsoft is here to cheer us all up with some new information and footage about the Xbox Series X, given that E3 is no longer a thing in a few months.

They have let Digital Foundry publish a massive deep dive into the specs, where the long and short of it is that the Series X is more than twice as powerful as the Xbox One X, and they’re also showing off some new video of the console’s best features.

First up is a video showcasing just how fast the Xbox Series X loads its game thanks to its new, custom SSD. This has been a big selling point for Sony and one of the only limited revelations about the PS5 so far, but it’s hard to imagine just how much faster they could be than what the Series X is showing off here.

The demo shows an Xbox Series X and a Xbox One X both loading identical State of Decay files. The Series X loads in about nine seconds. The One X loads in more like 50 seconds. The difference is stark, though that shouldn’t be a big surprise to anyone who has already been using an SSD on PC for gaming or has fitted on to their current consoles (once you do, you can never go back).

So that begs the question of what Sony’s promised super SSD will do that’s much different than this. Six second loads instead of nine seconds? Hard to say, and we’re not seeing any demos from them.

I will say my only point of concern is what happens when we’re not loading less-demanding last-gen games and instead we turn to more demanding new-gen games. Will these speedy load times hold up with much beefier games coming? I hope so, but that’s a demo I certainly want to see.

There’s also a second video you should watch as it shows off a neat feature from Microsoft, an evolution of the quick resume system. The video shows 5-6 games being revived from multiple suspend states, which theoretically eliminates loading entirely. It’s a deeply impressive technical feat, I have to say.

Though again, I have another question here, because this feature seems less attractive if I’m playing say, online-connected games. If I’m suspending Destiny 2 or The Division 2 and then return to them, I can’t pick up where I’ve left off because the nature of those games mean I’ve been kicked off the server I was on and I’m back to the home screen, so this only seems like it matters for offline, single player games, mainly. Still, it’s cool.

As ever, Microsoft cannot seem to shut up about the Series X, which is good new for potential players and makes everyone continue to question Sony’s relative silence about the PS5. We may be heading toward a delay of both these consoles regardless, due to coronavirus, but we certainly know a whole lot more about the Series X at this point.

The NFL’s Biggest Mismatch: Owners Vs. Players In CBA Negotiations

How To Develop A One-Page Business Plan