Breaking
What You And Your RTO Business Need To...
4 SEO Trends for Websites You Should Not...
3 Reasons Why Desk Booking Is Rising In...
8 Tips to Play & Win at Online...
How can software benefit facility management?
Do Professional Casino Players Pay Taxes for the...
Becoming a Trading Expert: What Is the Best...
Dos and Don’ts for B2B Organisations in 2022
Should your business be using Machine Vision?
Colour Masterbatch vs Raw Pigments – Which Is...
Keeping your business moving as you expand online
Top Four Celebrities Who’ve Invested In Cryptocurrency
Why is Cloud Computing Tipped to be the...
How to Raise Money for Non-profit Organizations in...
Choosing the right theme for your WordPress Business...
A Guide to Using Celebrities to Promote Your...
Home Technology Watch One Guy Steal 500+ ‘Fallout 76’ Players’ Gear In An Exploit That’s Destroyed The Game
Technology 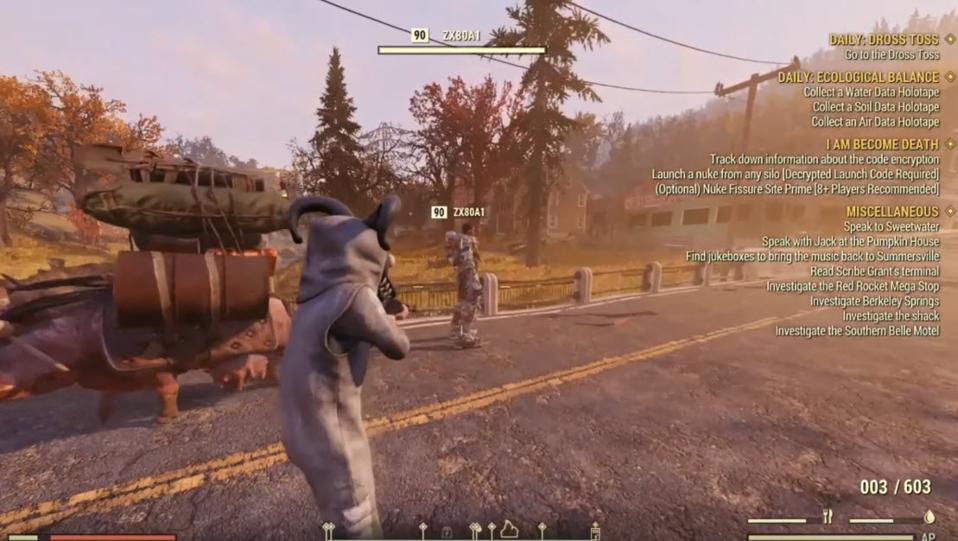 It would take something pretty significant for me to cover Fallout 76 news again, as while I’ve appreciated that the game has grown its own niche community, I haven’t much cared to return to it myself. But something is going on in the community that is one of the most ridiculous, horrifying things I’ve ever seen in a game.

In short, there is an exploit. I don’t know the exact details of how this started, but supposedly it was some sort of thing a few players made up to be able to quickly swap gear with one another, but the implications of what it could actually do were far beyond that.

This exploit allows players who use it to strip entire other players’ unwitting characters clean of all their gear and inventory in an instant. There’s a video making the rounds from a hacker who has reportedly stolen everything from 500+ players in the game. You can watch it and literally see him stripping players straight down to their underwear in seconds as he moves from player to player in the wasteland.

Needless to say this has thrown the entire community into turmoil, as getting the best gear and loot is the entire purpose of the game, and now hundreds of the game’s most dedicated players have now lost all their gear, and if you log in on PC, the potential is there for you to lose all your stuff there too if one of these hackers descends upon you. As such, players are asking for the servers to flat-out be shut down, or for everyone to be given access to the “premium” private server feature as a temporary fix for this.

The added complication is that Bethesda is on holiday break when all this is happening, so it can hardly be all hands on deck over there to fix this. This resulted in frustrating silence for a while as Fallout 76 was literally burning to the ground and becoming unplayable, but Bethesda finally chimed in with an update.

Bethesda took down PC servers (consoles weren’t affected by this) to try to roll out a fix for the exploit. It’s not clear what the current status is of the exploit right now, nor if when servers come back if Bethesda can promise it will be safe to log in again with 100% certainty. It’s also nebulous what will happen to the hundreds, if not thousands of players who have already had all their gear stolen. The initial Bethesda update just says to submit a traditional customer support ticket if you’ve been affected, implying there isn’t going to be some sort of en masse rollback, and this may have to be resolved on a case by case basis.

So to sum up, it’s not clear how many players were affected by this, how long it will take to get their stuff back, and if Fallout 76 on PC will ever be safe enough to guarantee something this extreme won’t happen again. Hacking is hardly anything new in PC gaming, and yet this is one of the more extreme examples I’ve seen of just straight-up digital theft. I can’t imagine how I would be feeling were this a loot-based game I actually played and my Borderlands and Destiny characters were suddenly stripped bare by an exploit-using hacker.

Bethesda, as ever, has a lot of explaining and reassuring to do.

Machine Learning Answers: If Ericsson Stock Drops 5% One week, What Are The Chances It’ll Rebound?