Breaking
ESBC Major Updates: Tons Of Heavyweight Greats Added...
5 On-Demand Courses To Help Develop Your Leadership...
How to Run Nonprofit Marketing Ads
Entrepreneurs Are Bringing Transparency To Home Buying And...
Best Incentive To Get Vaccinated: Money, Messaging, Or...
Page Level Query Analysis at Scale with Google...
How A CIO Can Align IT With Business...
Blogger of the Month: Jo, Girl Eats World
6 Things Women In Business Know That Men...
How to Use First-Party Data for Ad Personalization
Pressing Reset—Putting A Fallen Unicorn Back On Its...
How We Went Viral: Promoting Content with Influencers,...
Blame Olympic Record Price Tag For Return To...
Apple iOS 14.5 Release: Should You Upgrade?
How to Come up with Podcast Topics and...
Why Gaming Gear Company Razer Launched A $50...
Home Technology Watch The ‘Wastelanders’ Gameplay From PAX East
Technology 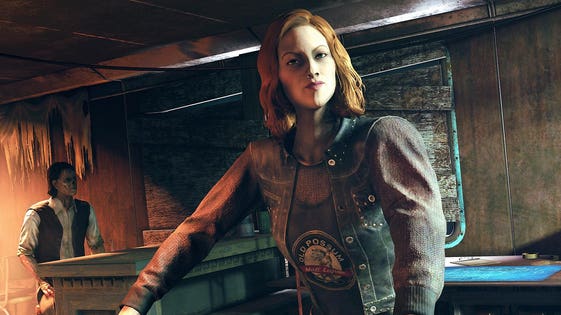 Bethesda Game Days is underway at Laugh Boston, just across the street from PAX East, and Bethesda’s got another series of livestreams scheduled for tomorrow, Saturday, February 29, starting at 2 p.m. Eastern.

The publisher kicked things off with a gameplay demo of the upcoming Fallout 76: Wastelanders expansion, which drops on April 7. During the broadcast, we learned that first-time 76 players will have access to the new Wastelanders content right as they leave the vault at the start of the game—but a year will have passed in-universe, theoretically, as the world continues to grow and evolve.

The Fallout devs teased a totally revamped map, meant to make quest selection simpler and more intuitive, and showed off the new Wastelanders dialogue system. “We get to go back to the strengths of Bethesda,” said lead designer Ferret Baudoin.

Other new additions to the Fallout 76 experience include a bar called the Wayward and “team-only interiors”—area instances that are unique to you and your squadmates. The Wayward’s where you meet Duchess, one of the quest-giving NPCs in Wastelanders. The footage also introduced players to a ghoul named Mort, voiced by Jason Mewes (“Jay” of Clerks, Chasing Amy, and Jay and Silent Bob fame).

“The design team went way over the budget with how many lines of dialogue are in this,” project lead Jeff Gardiner said. “It’s shocking.”

One of the complaints leveled at RPGs in recent years, Fallout 4 included, is that player characters with full voice-over can severely limit the feeling of choice and genuine role-playing in modern dialogue systems. Wastelanders doesn’t quite take things back to the Morrowind years, but it appears to offer a level of complexity comparable to Oblivion or The Outer Worlds.

I remain cautiously optimistic about this next era of Fallout 76. Wastelanders looks like the sort of story-based content I found lacking in the base game. I’m a huge fan of the DLC Bethesda put out for Fallout 4, so I’d love it if this was comparable in scope to something like Far Harbor.

PAX East runs from now through March 1 at the Boston Convention and Exhibition Center. Bethesda released a community calendar for upcoming in-game Fallout 76 events at the con, and there’s a chance of more news later this weekend.

Who Are Some Of The Pro Athletes Born On Leap Day?