Breaking
‘Remnant: From The Ashes’ Is Cheaper Than Ever...
Top Stocks To Buy Today As Markets Rise...
Making America’s Trumps Pay Their Fair Share
Fortnite Season 4, Week 9 Challenges Revealed And...
Yesterday You Were Just A Business; Today You...
Should Your Company Help Get Out The Vote?...
Hyperautomation And What It Means For Your Business
Parker-Hannifin Crosses Pre-Covid Peak But Investors Set To...
6 Reasons Your Cold Messaging Efforts Fail And...
4 Analytics Categories To Track To Improve Your...
Predictions 2021: Cloud Computing Powers Pandemic Recovery
This Is Why You Need A Strategy In...
Economic Research Exposes Significant Flaws In DOL H-1B...
How Breast Cancer Turned This Entrepreneur Into A...
Bitcoin Price: What Next After Fresh Surge Toward...
Societal Platform Thinking
Home Business ‘Watchmen’ Actually Answered Its Most Pressing Question: Who Was Lube Man?
Business 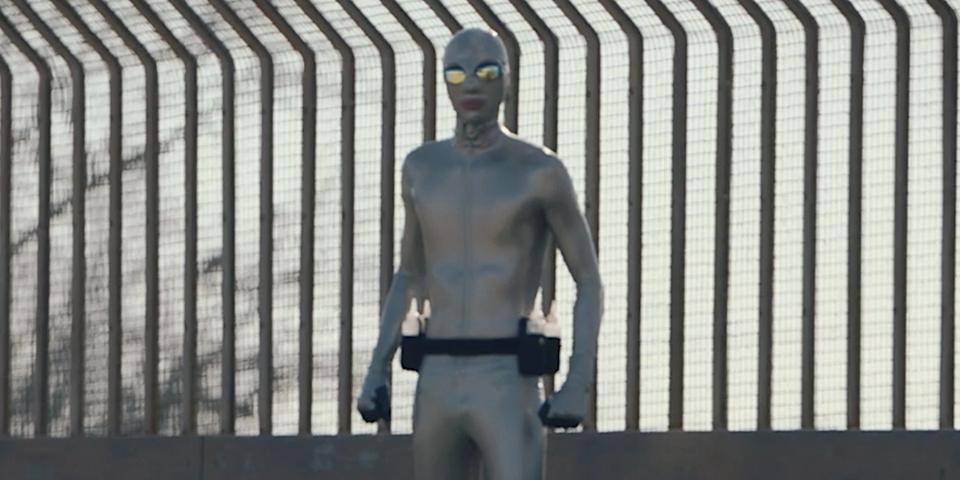 Like Dr. Manhattan, Damon Lindelof and his writers appeared to have foreseen the future and predicted the joking question that Watchmen viewers would ask once the show was over:

As it turns out, they actually have an answer for that, which was a surprise to see this morning. It’s nothing spelled out in the show. There was no grand Lube Man unmasking last night. And yet the show has revealed the answer all the same as part of its online “supplemental materials” series, Peteypedia.

Dale Petey is the FBI agent that came along with Laurie Blake to investigate the goings-on in Tulsa, and HBO has been using his obsession with vigilantes and superheroes to collect a weekly series of documents listed on a site called “Peteypedia.” This reading material is surprisingly informative, so much so that I actually considered some of it rather spoilery, as it told me thinks like who Laurie Blake was before the show made it clear, so I wasn’t surprised.

Most of it is good reading about the larger context of the modern day Watchmen world and what happened to various characters (Lady Trieu didn’t just have brief interactions with Veidt, she actually bought all of his companies). But the last two weeks? The last two weeks have revealed who Lube Man really was before he went sliding into that gutter, scooting away from Angela in one of the series’ most bizarre scenes.

Last week there were two entries about “Fogdancers,” who were clean-up crews meant to salvage the wreckage of Dr. Manhattan’s attacks in places like Vietnam. They’re described as wearing skin-tight silver suits slick with SPF-666, which may uh, sound familiar. One entry from Petey is a more general comment on Fogdancers, the famed book, the other entry is from a teenage Petey who entered some sort of Fogdancers fan-fiction contest back in 2005.

But then we get the final memo on Peteypedia, once that says that Petey has been fired for refusing orders to return home from Tulsa with Agent Blake. Petey is now missing, but the document describes the contest of his office that now need to be removed, including a “jug of what appears to be some kind of canola oil.” And in the end, the report concludes that they need to consider at risk for vigilante behavior because of his obsession with masked heroes, and “most likely, he always was [at risk]”

It’s Petey. Dale Petey was Lube Man. He was obsessed with Fogdancers and heroes. He had the oil, the skinny frame. He was Lube Man, American hero.

Bravo Watchmen. Truly, this might be your greatest achievement of the entire season.

Juice WRLD Doubles Up Inside The Top 10 While XXXTentacion, The Who And Camila Cabello Chart New Hit Albums