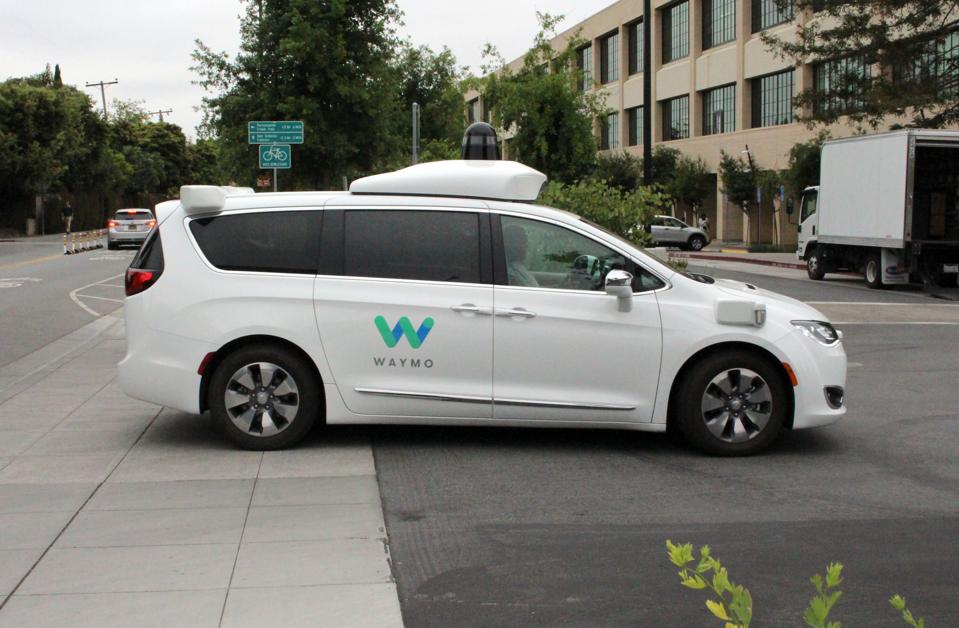 A Waymo self-driving car pulls into a parking lot at the Google-owned company’s headquarters in … [+] Mountain View, California, on May 8, 2019. (Photo by Glenn CHAPMAN / AFP) (Photo credit should read GLENN CHAPMAN/AFP via Getty Images)

Waymo is reducing some of its autonomous ride-hailing service amid the coronavirus outbreak. Alphabet’s self-driving unit tweeted that it would be pausing its “Waymo One” robotaxi service in vehicles that are staffed by back-up safety drivers. The service operates in the Phoenix, Arizona metro area.

A handful of Waymo vehicles, capable of complete self-driving with no backup driver, will still continue to operate in the area. Waymo will also continue its local delivery and truck testing in Arizona.

Last week, Waymo committed to continue operating its service, saying it would step up cleaning procedures and add hand sanitizer to its vehicles.

In California, where Waymo does not transport passengers, the company paused testing of its vehicles on public roads.

Coronavirus Reality Check: Yes, U.S. And EU Will Track Our Smartphone Location Data—Get Used To It