We Are Not The Mafia—Huawei Slams New Trump Official Taunt 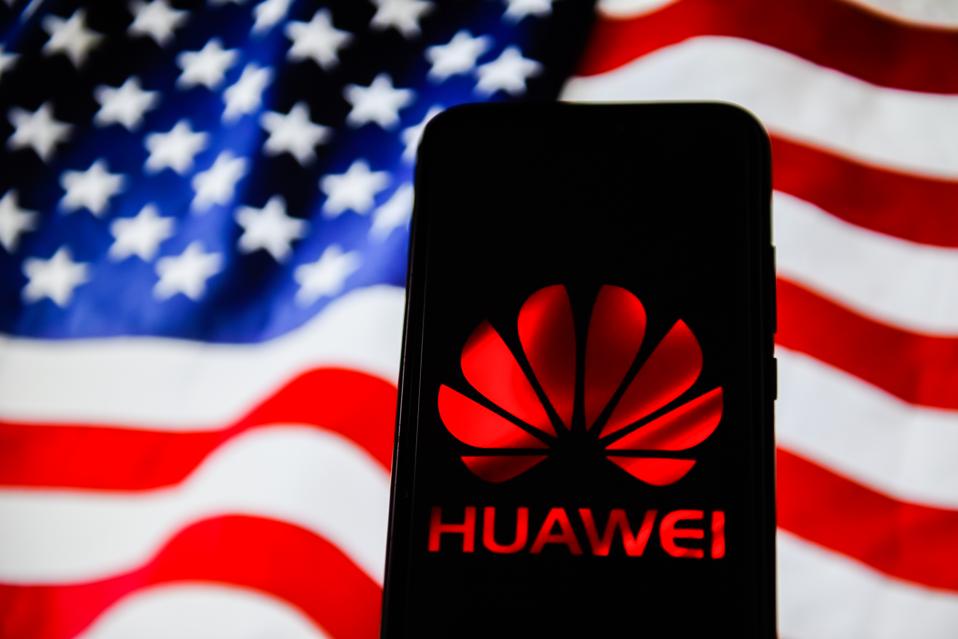 “That’s just crazy,” was Huawei’s response to a senior Trump official comparing the Chinese technology giant to the Mafia. “To liken Huawei to organized crime is disingenuous and a PR stunt—we operate in 170 countries in the world connecting a third of the world’s people. And we operate in a free market structure.”

A month on from Trump’s headline setback in its battle with Huawei—with the U.K. electing to ignore Washington’s lobbying for a ban on Huawei, and the war of words shows no signs of diminishing. According to CNBC, which reported the unnamed official’s comments, the Mafia-taunt also came with the pointed suggestion that Huawei “could spy on the British Parliament.”

The crux of the issue, though, for the Trump administration remains the same—how to stop the market leading tech giant in its tracks. Describing Huawei as “an utterly non-market player,” the official reportedly referenced the racketeering and theft charges that Huawei faces in the U.S. “How do we deal with it when the largest player is in essence the Mafia?” But, as to what options the U.S. has, “that conversation’s still ongoing,” the official said.

In the wake of the U.K. news, the U.S. is openly exploring those options. The most charged response from London to Washington’s lobbying was to question the alternatives to keep pace with its 5G rollout. Huawei has built a market leading position, and the U.K. has taken the view that it can maintain security through limiting the Chinese company’s role to the edge of its network. The U.S. disagrees.

As the U.S. casts its net ever wider for those alternatives, including investments in Huawei competitors, funding 5G R&D and upping the political pressure, Huawei has reminded the administration that there is another option on the table—the Chinese’s giant’s offer to license its 5G tech to a U.S. company for a fee. An offer that was rejected by U.S. officials when it was made last year.

U.S. President Trump reportedly lambasted U.K. Prime Minister Johnson for a “betrayal” over that Huawei decision, with officials expressing surprise as the president’s anger and choose of words in a phone call between the two. There has been continued U.S. lobbying since then, but the real pressure on the U.K. is as likely to come from within the ranks of the governing Conservative Party.

A sense of how vitriolic that debate has become was perfectly illustrated by a senior figure within the party describing the Huawei outcome as the “worst intelligence decision since MI6’s recruitment of Kim Philby.”

Meanwhile, a separate battle is playing out that will actually prove more material to Huawei’s short-term success than lobbying over 5G. A month from the launch of its next smartphone, the P40, Huawei is accelerating its efforts to provide a genuine alternative to Google—whose software and services are barred from Huawei devices.

The P40 will launch absent “full-fat” Android next month, with the open source variant supplemented by Huawei ’s own Google alternative. The last Huawei device to launch under those conditions, the Mate 30, fell flat outside China. Huawei can’t afford for the P40 to suffer the same fate.

And on this subject there has been good news for prospective buyers of Huawei’s next smartphone. Despite the lack of Google, the company’s consumer boss reportedly suggesting that popular apps such as Instagram, Facebook and Twitter will find their way onto Huawei’s Google Play alternative.

Whether or not this is true remains to be seen. There were all kinds of official workaround suggestions ahead of the Mate 30 launch in September, none of which came to pass. As the next month unfolds, whether Huawei can deliver on its promise as regards a Google Android alternative will drive serious debate.

What’s Behind The 80% Jump In Union Pacific’s Stock Price In The Last 3 Years?