Trying to predict where bitcoin will be by 2030 has become a popular pursuit—but the reality is that no one knows.

The bitcoin price has had a positive start to this decade, adding some 30% since the beginning of the year, and many traders and investors are feeling bullish. Others, less so.

Now, one U.S. wealth manager has said he expects the bitcoin price to soar by almost 50-fold over the next ten years, meaning he thinks one bitcoin will be worth a staggering $400,000 by 2030—giving bitcoin a market capitalization of around $8 trillion. 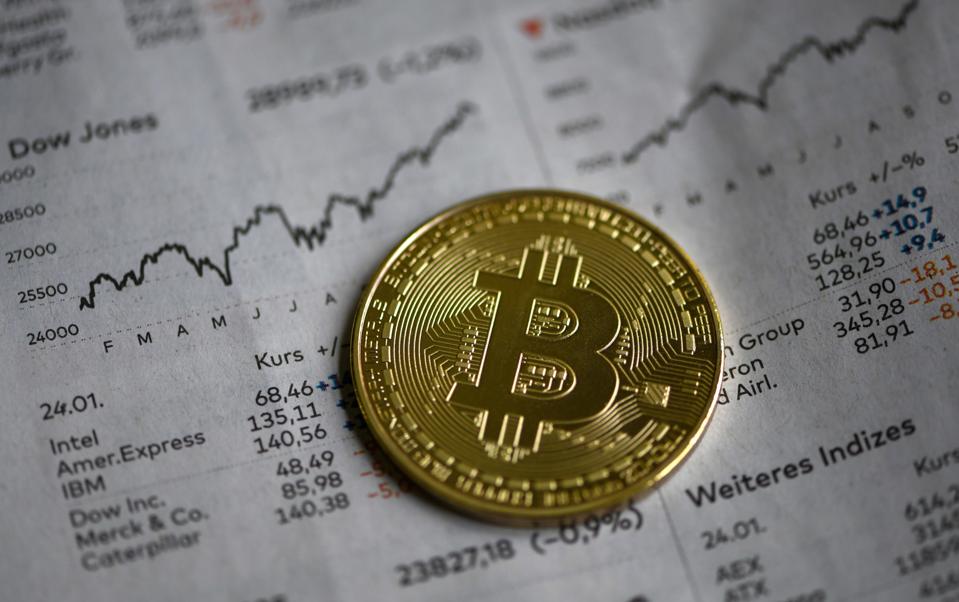 The bitcoin price has climbed by many thousands of percent over the last ten years and some expect … [+] that to happen again of the next decade.

“When I set the upside case from an investment point of view, I take a 10-year view,” Andy Edstrom, of California-based investment advisory WESCAP, told Citizen Bitcoin podcast host Brady Swenson, adding he’s “pretty bullish” on bitcoin eventually becoming the world’s default currency and points to geopolitical tension or the actions of the U.S. Federal Reserve as potential catalysts.

Some have already suggested bitcoin is acting as a so-called safe haven asset, rising in times of greater risk as gold does. However, bitcoin doesn’t appear to be performing quite like traditional investment safe havens.

“I think the total valuation on 10 years that I use is about $8 trillion and that comes from various buckets,” said Edstrom. “Whether it’s taking share from gold, or taking share from fiat, or taking share from offshore assets, or slightly demonetizing other stores of value like real estate or new uses that we haven’t thought of, or are still under construction, such as micro payments.”

If bitcoin were to reach a total valuation of $8 trillion, the cryptocurrency would be worth around the same as the entire gold market.

“Some would say that’s aggressive, some would say it’s conservative,” Edstrom said. “But getting to multiple trillions of value on a ten-year view could either happen through hyper-bitcoinization or its just part of the evolution and it’s in the next decade it happens.” 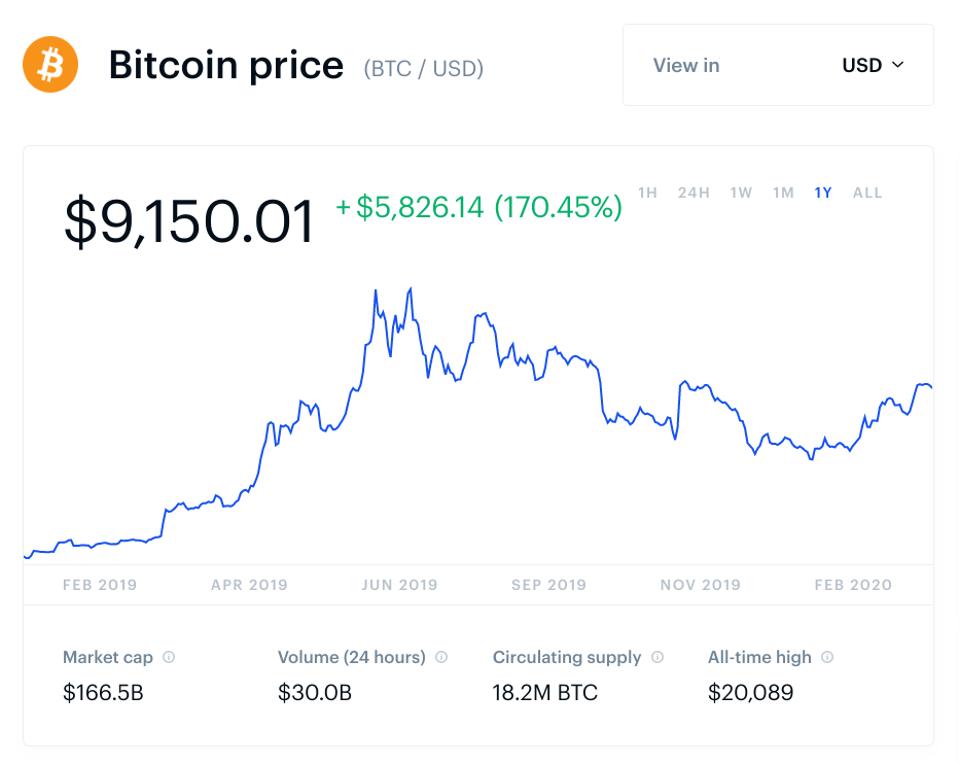 Bitcoin broke out of its year-long bear market last year but has failed to return to its all-time … [+] highs of around $20,000 per bitcoin.

However, Edstrom made a warning over the upcoming May bitcoin halving, suggesting it isn’t necessarily something that’s fundamentally good for bitcoin or the bitcoin price.

“When the price falls and hash power drops, that’s a good time to attack the bitcoin network,” Edstrom said. “The halving is the one time attackers can prepare and know there are marginally profitably miners active that they can push out.”

Last month, Travis Kling, who runs Ikigai Asset Management, said there are “fireworks in store” for bitcoin in the run up to May’s looming bitcoin halving event, when the number of bitcoin rewarded to miners will be cut by half.

Orbitkey Nest Organizes Your Desk And Maximizes Your EDC