Breaking
5 car tyre and safety tips for a...
Everything You Need to Know About Corporate Social...
Is Adaptive Leadership the Key to Motivating Employees?
Why business events are set to return with...
Business events set to return with a bang!
Expanding Internationally: 5 Things to Consider for eCommerce...
How the Machine Shop Is Going Digital in...
Sustainable Food Packaging Is Helping the Hospitality Sector...
Top 5 Investment Practices To Make More Money...
Managing IT Requirements for SMEs: 5 Aspects that...
How To Build a Successful Luxury Brand In...
Finding The Best Google AdWords Consultant for Your...
8 Top Tips To Help Your Agricultural Business...
Three Reasons Why Office Décor and Design Are...
Looking To Improve Efficiency In Your Business? Here’s...
AI and machine learning for business
Home Business Weekend Box Office: ‘The Grudge’ Nabs Mediocre $11.3M Debut
Business 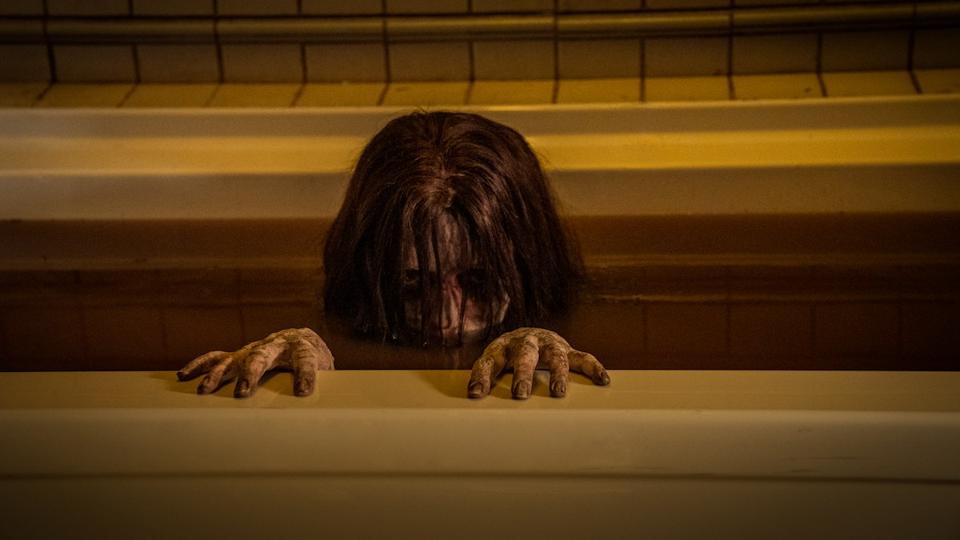 Audiences didn’t want a new Grudge movie, and this one, with poor reviews, lousy word-of-mouth and little to differentiate itself from its “available-to-stream” predecessors, had no reason to exist in the theatrical marketplace.

For at least the last 14 years, the first weekend of the year has been home to a grindhouse horror flick. Twas the case in 2005 with White Noise all the way up to last year’s (surprisingly terrific) Escape Room. So, by law, 2020 begins with Sony’s loose sequel/soft reboot of The Grudge. With terrible reviews, little buzz and an F Cinemascore grade, it earned just $11.3 million this weekend, a lousy 2.11x weekend multiplier. Even at a $10 million budget, this one will need overseas grosses to break even. The core problem was four-fold.

First, this new version of The Grudge was an unrequested revamp (it’s a loose sequel to The Grudge and The Grudge 2) of a franchise with little of-the-moment fanbase. Second, it failied to distinguish itself from its predecessors, instead offering “another Grudge movie” with a new cast. Third, it was allegedly quite terrible. Fourth, all of those things applied, along with the prior Grudge movies (including the many Japanese installments) being available to rent or just watch on various streaming and VOD platforms. There was no reason for this movie to exist.

If it did exist, it needed to be either very different from its predecessors or much better than its predecessors. Otherwise, it was just this year’s schlock horror flick. This quasi-pattern started with the surprise smash White Noise, a Michael Keaton supernatural thriller that opened with $24 million and ended with $91 million worldwide. Since then, save for 2007 (due to likely competition from the December 2006 remake of Black Christmas, because time is a flat circle), every year has kicked off with a horror movie of some kind in the first weekend of January.

The worst have to be One Missed Call and The Forrest, two giant nothing burgers of a movie. At least The Devil Inside had the courage to end with a text screening asking audiences to check out a website for more info and Texas Chainsaw 3D laid the groundwork for “Bendemption.” The best is (depending on my mood) either Daybreakers (“vampires = environmental collapse”) in 2010 or last year’s terrific “Saw Jr.” thriller Escape Room (which earned $155 million on an $18 million budget and has a sequel opening this August).

Directed by Nicolas Pesce (The Eyes of My Mother), this is indeed a soft reboot/loose sequel to the previous American remakes of the long-running Japanese horror franchise. The 2004 remake, the first one to capitalize on The Ring two years earlier, opened with a mammoth $39 million in October of 2004 and legged it to $110 million domestic and $187 million worldwide on a $10 million budget. The Grudge 2 earned $70 million global on a $20 million budget in 2006, while The Grudge 3 was straight-to-DVD in 2009. So what did this new Grudge have to offer?

Judging by the reviews and word-of-mouth (an F from Cinemascore), not much. I would have checked it out but my youngest is still under the weather on Friday. Alas, even with a superb cast (Andrea Risenborough, Demian Bichir, Lin Shaye, John Cho, Betty Gilpin, Jacki Weaver, etc.) and a surprising R rating (the first two American remakes were PG-13), this seems to be just another Grudge movie. I was hoping this one would work, as the cast is terrific and it seemed to be selling something of value regardless of your interest in the brand.

It’s still closer to Charlie’s Angels, The Girl in the Spider’s Web or Men In Black International (same movie, different cast) versus Jumanji: Welcome to the Jungle (new cast and new movie) or even Bad Boys For Life (same movie but returning stars). Jumanji: The Next Level will earn $26.5 million (-24%) this weekend to bring its domestic total to $236.2 million as it passes $600 million worldwide. Little Women is going to crack $60 million domestic over the weekend, right alongside A Beautiful Day in the Neighborhood. As long as Bad Boys For Life clicks in two weeks, they’ll be fine.