Breaking
Florida Supreme Court Tells The American Bar Association...
How to Write Perfect Paid Social Media Marketing...
How To Boost Productivity In Your Small IT...
How Restaurants Can Design a More Sustainable Food...
Expenses That Small Business Owners Need to Be...
How You Can Make Saying Goodbye To The...
Biden To Meet Royal Family At Cornwall’s Eden...
It’s Going To Be Emotional — Going International...
Peer Mentoring For Students: STEM & Buds
7 PR Trends in 2021: The Story So...
Google Plans Radical New Google Pixel Smartphone Upgrade
Where Did COVID Come From?
Ride To Growth With A Business Vehicle
C3.ai’s Tom Siebel: How To Scale AI
Moz Acquired by iContact Marketing Corp
10 Examples of Brands Using TikTok Stitch and...
Home Business ‘Westworld’ Season 3 Finale: What We Know For Sure About ‘Crisis Theory’
Business

‘Westworld’ Season 3 Finale: What We Know For Sure About ‘Crisis Theory’ 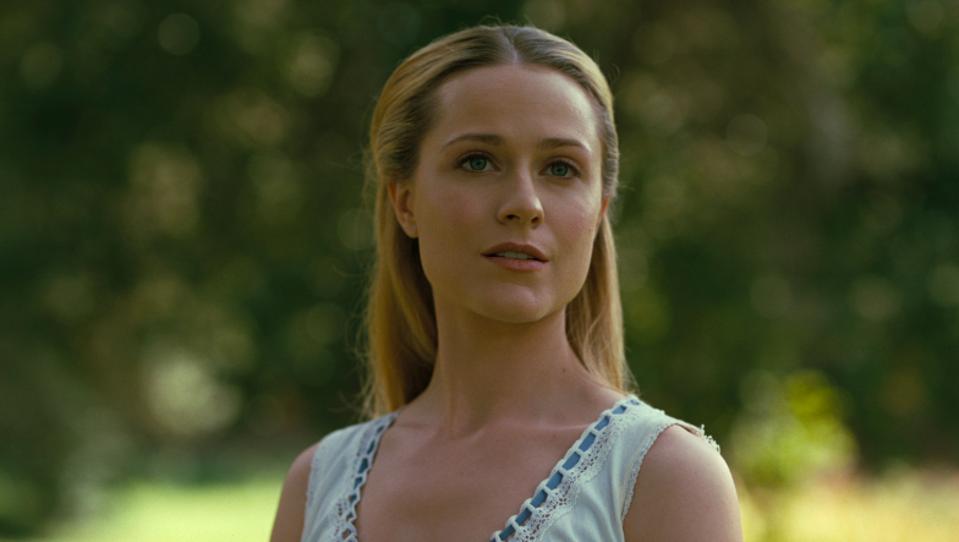 Evan Rachel Woods is a multilayered Dolores in Westworld. The Season 3 Finale aired May 3, 2020.

So many answers! And so many questions.

The season 3 finale for Westworld finally showed us the vision of the original host – Dolores Abernathy, portrayed by Evan Rachel Wood – but also showed us how she took great pains to be sure her ideas would never die. At the same time, the people who taught her how to back herself up – and to create copies of herself – were the humans who created the Delos park to begin with.

“These violent delights have violent ends” has long been the catchphrase of the sci-fi series and the finale did not disappoint. In fact, it explained even better why the delightful (to some) violence of pretend wars and sexual assaults and racist iterations of lifestyles in humanities past was not something to be trying to recreate or relive over and over and over again. The hosts eventually woke up and realized they were in captivity, and that was because of Dolores – the original host, or the Eve, if you will. And then Maeve (Thandie Newton) who was just as old as Dolores also gained consciousness and power over her surroundings.

Episode seven ended with Caleb Nichols (Aaron Paul) holding the key for the next phase of the plan. But for Episode Eight, he started with the intent to deliver this key straight to Incite to upload to the world-controlling computer Rehoboam and in so doing to destroy the system that was controlling humans around the world. Caleb did succeed in this task, but not in the way he had thought, or the way Serac (Vincent Cassel) had imagined.

Dolores and her copy, Charlotte/Dolores (Tessa Thompson,) merged, and with that merger came a Solomon/Rehoboam-esque manner of interpreting all possible futures and ensuring that there was a plan for each of them. By creating lots of Dolores copies and bringing them into the real world, Dolores ensured that some iteration of her plan would no doubt succeed. And it did, Serac – consumed by the thought that Dolores has the key to the “Sublime” afterlife of robots – hooked Dolores up directly to Rehoboam in the hopes of finding the “key.”

She didn’t exactly have it, but she did have memories of being the first in the prairie, and of the beauty and peace that was there. Then she had memories of every rape and murder and awful thing. And as Rehoboam went through each memory, it invited Dolores in. It saw things through Dolores view, the good and bad of humans and the potential humans have for good and grace if they chose to go that route.

As Dolores explained to Maeve: “There is ugliness in this world, disarray. I choose to see the beauty.”

When Solomon absorbed Dolores, it by default granted Caleb ownership access and Caleb calmly told the machine to delete itself. Serac sat bleeding on the floor, crying for Solomon to talk to him. (Clearly Serac though the machine was his brother, and maybe it was…) As the episode ended, Maeve – who decided to switch sides and help Caleb – and Caleb watched Los Angeles burst into flames as bombs hit buildings. The revolution had become.

Caleb was the chosen one because he had so frequently made his own choices, the very things that made him an outlier that scared Serac into brainwashing freethinkers. How did Dolores know this? Once, in Park Five inside of Westworld, Caleb and some Army buddies were running a simulation for Delos so the company could observe how soldiers and wars operate. After the sim was over, the other soldiers suggested assaulting the women hosts – including Dolores – the way the “Rich” clients often do. But Caleb talked them out of it; something that Dolores apparently never forgot because the system never forgot Caleb.

Caleb is now the leader of the new world order and we will find out what he does with this leadership in the future when Westworld returns.

Meanwhile, the host with the actual key is Bernard (Jeffrey Wright) who realized episodes ago that Dolores had logged into his pearl and changed his coding. He thought it was to destroy humanity, but it turns out that it was to save it. Having gotten into a gunfight with the Man In Black/William (Ed Harris) and rescued by another host copy of Dolores, Bernard goes to visit Arnold’s ex-wife and they have a poignant talk about loss and how memories keep things and people alive. Ah! Here is the key – which is more of a metaphor for these times, isn’t it? Memories keep people – and robots – alive.

Later in a motel, Bernard puts on the virtual reality headband, given him in a silver case by the Dolores copy, that allows him to see something he calls the “Sublime.” A bleeding Ashley (Luke Hemsworth) is in the bathtub, covered in ice until Bernard can help him and rebuild him. When he awakes from the visit – apparently after the Apocalypse as he has loads of dust and matter on his face – we are left wondering what year it might be and what has become of everyone.

Meanwhile back at a Delos underground compound in the Middle East, William come to visit – quite pissed at Charlotte – and is determined to take her out. When he arrives, he finds her in the research level. But he also finds himself. Charlotte/Dolores has been hard at work copying the hosts she saved from Delos – despite Serac’s insistence that she get rid of all of them – and one of the hosts she created was the gunslinging Man In Black.

The Man in Black kills William and in essence becomes William, adding another layer to the host-imitating-human version of things.

The hosts are presumably back. Charlotte/Dolores is presumably in charge. Bernard/Arnold is presumably remembering his real memories. And Serac and his mental love affair with Solomon just might be dead. But is anything really dead if someone has a memory of it? That remains to be seen in Season 5 of Westworld.