Breaking
What To Look For In A Nursing Home...
Apple’s Radical iPhone 12 Upgrade Suddenly Confirmed
5 TikTok Growth Hacks You Need To Know
Zynga Stock Looks Attractive At $9
How Russian Thieves Use Dark Web To Get...
France Off Travel Corridors And FCO Exempt List
Ask Ethan: Why Are The Moon And Sun...
When To See The Moon And The Planets...
IRS-CI Involved In Largest-Ever Seizure Of Terrorist Organizations’...
The Check Really Is In The Mail. After...
Epic Games Vs Apple: Why You Won’t Be...
Senator Kamala Harris Proposed A Bold Tax Credit...
Deal Terms To Reduce The Risk When Buying...
Multiple Sclerosis Drug Shows Promise For HIV Prevention...
The Neglected Piece Of Retirement Planning
It’s No Longer A Viable Option For Capitalism...
Home Finance WeWork From Home Now
Finance 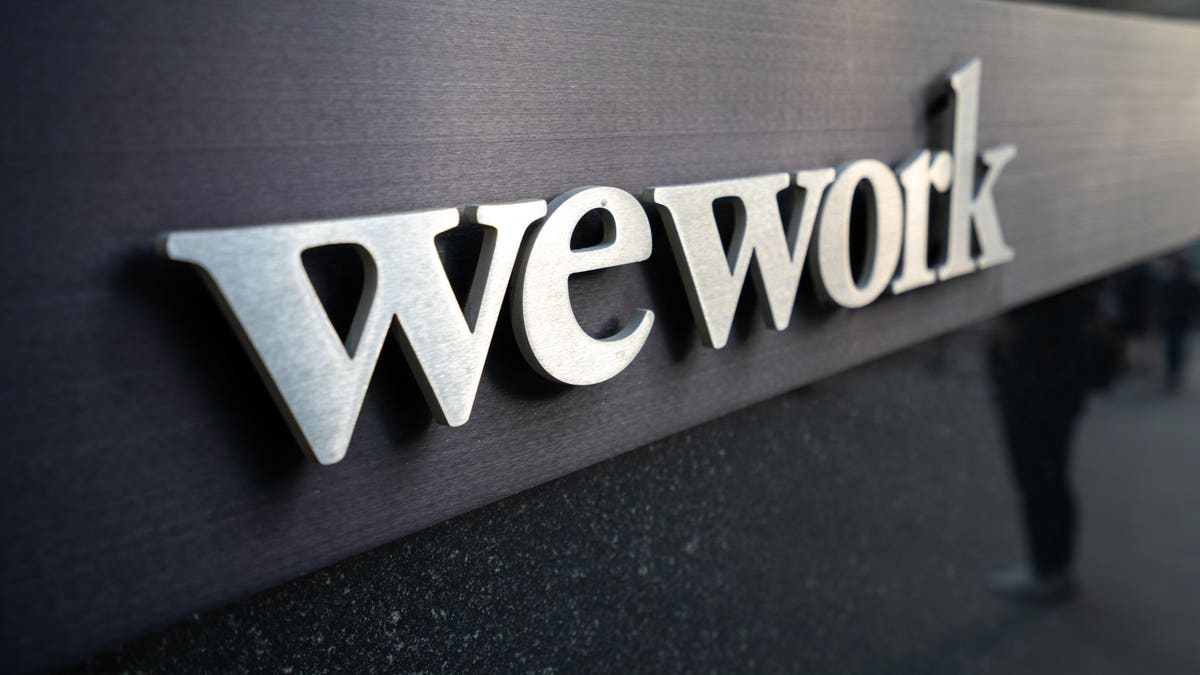 Once upon a time, in a land far, far away, there lived two young men with one big dream. It was to design a company that would take off – and then some.

One of those young men, Adam Neumann, initially owned a baby clothing company called “Krawlers.” But his heart wasn’t in it. Nor were his talents. As he himself told Business Insider (once upon a time, in a land far, far away), “I was misguided and putting my energy into all the wrong places.”

That changed though after he met Miguel McKelvey, who worked in the same building he did. Together, they saw there was a giant opportunity in front of them.

As Business Insider explained in 2015:

“McKelvey and Neumann saw that the building they both worked in was partially vacant, and they got the idea to open a coworking space for other entrepreneurs. After a lot of convincing of their landlord, McKelvey and Neumann opened the first floor of a startup called Green Desk in 2008… The focus of the company was sustainable coworking spaces featuring recycled furniture and electricity that came from wind power.”

According to that same source, the company took off well enough to attract a buyer. And they sold it for a few million, only to put their heads together all over again.

That’s when they founded a company you might know something about, no matter how long ago its glory days were: WeWork.

WeWork, the coworking space company, was everywhere in the news last year.

That’s because, that July, only nine years after its initial creation, it decided to go public. According to Bloomberg, it was targeting a share sale of about $3.5 billion.

That seemed a little high, rather like Neumann’s alleged mile-high marijuana activity the previous summer. And there were reports and rumors of other odd behaviors from the young, charismatic CEO.

But none of that was what nosedived the now notorious (yet still existent – for now) business. As Bloomberg bulleted:

·        August 2 – WeWork reportedly seeks $6 billion in financing through a letter of credit facility and a delayed-draw loan, but only if the company raises at least $3 billion in the anticipated IPO.

·        August 14 – S-1 prospectus is filed with the Securities and Exchange Commission for an IPO. The prospectus lays out losses of $2.9 billion in the past three years and $690 million in the first six months of 2019.

·        September 5 – WeWork is said to consider a valuation between $20 and $30 billion in its IPO, according to people familiar with the matter. The range could end up closer to $20 billion, says one of the people.

·        September 13 – Reuters reports that the company’s valuation has fallen between $10 and $12 billion in the IPO. The company says it will trim the voting advantage that gives Neumann sway over the board.

The story ended with Neumann being relieved of his duties. While he reportedly retains some financial ties to WeWork, he gets no say in where it goes from here.

Which brings us to another story…

It Worked Until It Didn’t

WeWork’s platform offered office space that appealed to such businesses while simultaneously providing day-in, day-out networking opportunities. It was easy to love and easy to afford.

Fast-forward to 2017. As of early 2018, even CNN had to acknowledge we were working (no pun intended) with a healthy economy:

“Americans are shopping, businesses are investing, and the stock market is booming. Consumer confidence is the highest since 2000, unemployment is the lowest in 17 years, and the country has added jobs every month for more than seven years.”

In 2018, the economy continued growing, this time at almost 2.9%. And in 2019, it grew at 2.3%. Both were within the country’s ideal range to promote job creation without risking too much inflation.

As such, even after its enormous blowout, WeWork still looked salvageable. That was no doubt part of the reason why SoftBank, it’s biggest bankroller, bailed it out.

It also set aside $3 billion to eventually buy out existing shareholders… under certain circumstances… which it claimed earlier this month were not fulfilled.

Considering how SoftBank then went on to back out of the deal, it only makes sense that’s caused some issues.

When I wrote “issues” above, I meant of the legal variety, with WeWork filing a lawsuit. As CNN Business wrote on April 8:

“Last week, SoftBank listed several ways that WeWork failed to fulfill conditions required to complete the tender offer, including the existence of pending criminal and civil investigations into the office sharing company, global restrictions related to Covid-19 that are affecting WeWork’s operations, and the failure to restructure a joint venture in China.

“WeWork’s special board is pushing back, saying in its lawsuit that SoftBank was facing an ‘increasingly dire’ financial situation and took ‘desperate’ actions to back out of the share buyout, including torpedoing the restructuring of the Chinese joint venture.”

Honestly, who knows what would have happened with WeWork if not for Covid-19. But I’m not here to deal in “what ifs,” only “what nows.”

After the economy reopens – hopefully sooner than later – the office sector could easily change. People are now used to working from home.

Why should that change when it’s so much more cost-efficient and people are so broke?

Now, I’m not saying that trend will last forever. Trends rarely do. But I do see it lasting long enough for WeWork to fall the rest of the way.

For that matter, there are two real estate investment trusts (REITs) below I wouldn’t bet on either. They’re of the office variety, and while I’m not putting them in the same category as the utterly irresponsible WeWork…

I still think they’re going to struggle more than others up ahead.

Fortunately, they have competitors that should rebound much more quickly. So I’ll discuss both of them below too.

It’s a real estate minefield out there, I know. But there will be survivors – even thrivers – amidst the mess. WeWork just won’t be one of them.

According to Nareit, “REITs have very little exposure to WeWork.”

Using data from CoStar and S&P Global Market Intelligence, Nareit determined that “out of a universe of over 2,800 office properties in the U.S. there are only 15 REIT-owned properties containing WeWork as a tenant. WeWork leases about 1.2 million square feet of space from REITs. This represents only 0.2% of all REIT-owned office space, which totals around 533 million square feet.”

However, that article provided by Nareit was back in September 2019, when nobody ever imagined that the entire globe would be on lock down as a result of Covid-19. The new slogan in my house is “we work from home now”.

In a recent interview with CNBC, Jeff Blau, CEO of Related Companies, one of the largest landlords in the U.S. explained that most of his multifamily tenants are paying (he said around 90%) and he said he has “not has any pushback with office landlords yet”.

It was interesting as Blau discussed his company’s thoughts on getting back to work:

“We set up a committee internally to see what the reopening looks like…we go back to the reverse of the shutdown…maybe 25% go back and then 50% go back. There will likely be temperature testing, everyone will wear masks…what’s the capacity in the elevators…and possibly staggering shifts…there will be fundamentally changes to the work force.”

It’s clear to us that it will take months and months for the U.S. office market to recover and its quite possible that it will never soar to peak levels. Like many of us freelancers, working from home has become the “new norm” and until there’s more clarity I suppose that WeWork from home, at least for now.

Apple iPhone SE 2020: 9 Things Nobody Told You About The New iPhone