Breaking
Apple Loop: New iPhone 13 Leaks, Apple’s App...
25 of the Best Add-On Slack Apps to...
How to Resolve Duplicate Content
How Millennials Are Changing The Face Of B2B...
Bloggers of the Month: Kelly Jackson & It’s...
As Bitcoin Suddenly Surges Over $50,000, The Price...
In The Race To Retail Dominance, Customer Service...
Meet Onesimus, The Enslaved Man Who Saved Boston...
How to Build a Sales Forecast Model
The Unexpected Ways COVID-19 Has Forever Changed What...
Google Posts: Conversion Factor — Not Ranking Factor
How To Bring Your Branding To Life
Coinbase Cofounders And Investors Poised To Rake In...
How To Stay Top-of-Mind For Your Audience With...
Introducing The Chrome Extension: Get Share Counts, Links...
Employers: Eight Red Flags You May Not Notice...
Home General What ‘Backs’ The Dollar? Easy: Production
General 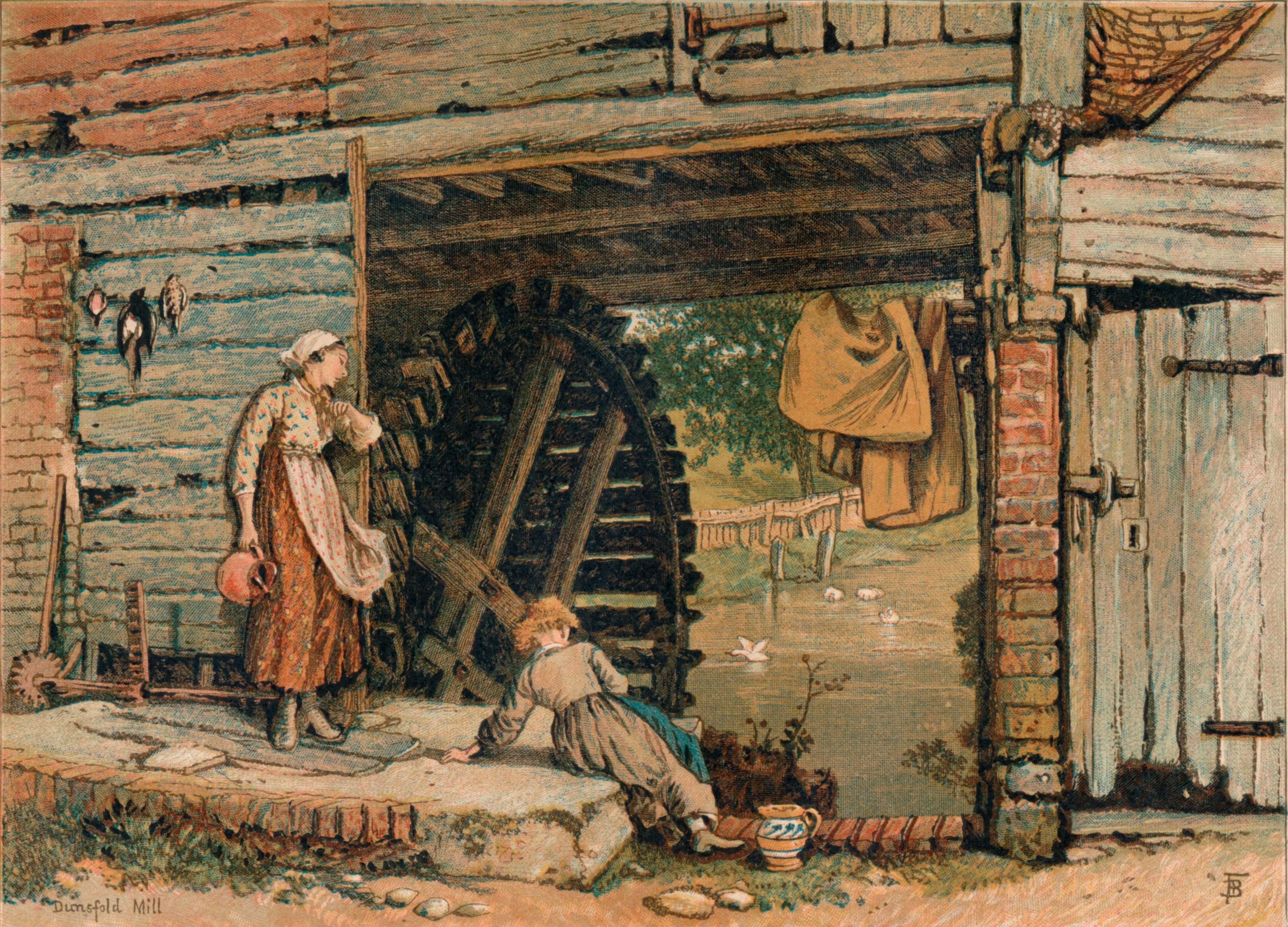 Some people falsely assume that money is ‘backed’ by something that already exists – something that exists before new money is issued. They imagine a fixed quantum of gold, for example, or some other commodity or precious metal. When these people hear pundits or politicians attacking the Fed for ‘printing money,’ they accordingly assume it’s a bad thing – something that automatically causes … inflation.

But this is a mistake – a mistake with huge consequences. And it’s not hard to se why.

When there is ‘too much money chasing too few goods,’ prices rise and we get inflation – more dollars per good or service. The same thing also happens in reverse, as has been happening in labor markets since even before the crisis of 2008: there can be too little money chasing available goods or services, including labor services. That is why real wages are down – i.e., why there’s not inflation, but deflation in labor markets.

Remembering that inflation or deflation is a relation enables us to see something else – namely, what really ‘backs’ our money. What really backs our money is not simply stuff that already exists, but also stuff we use money to bring in to existence – that is, stuff we spend money to produce. You know about money we spend in this way – it has its own name. Money spent in production is called productive investment. And productive investment is counter-inflationary.

We’ve all heard the adage, ‘it takes money to make money.’ What this means is that, in a decentralized exchange economy like ours, you have to invest money to make the things and provide the services people buy with money. But this means there’s an easy way to spend – and ‘create’ – money without creating inflation: you just spend it in ways that produce the very goods and provide the very services that the new money pays for.

That is, you productively invest it. As long as those goods and services supplies grow with the money supply, you don’t get ‘too much money chasing too few goods.’ The new goods and services ‘absorb’ the new money. That’s why it is so important to tell yourself, over and over: Inflation is a relation.

So what about the Fed in all of this? Does it really just ‘print money’? And would that need be bad were it true?

Well, in a sense Fed does ‘print money,’ but that is not a bad thing if new money brings new goods and services – more ‘real wealth’ – as just explained.

Look at a dollar bill. Across the top you will see the words ‘Federal Reserve Note.’ ‘Note’ here is short for ‘promissory note,’ more colloquially known as an ‘IOU.’ What’s being promised on Fed promissory notes? Well, look further below, where you will read ‘legal tender for all obligations public and private.’ The promise is that this bill will be accepted in payment for anything you might owe – including the prices of goods or services that you buy.

Those are what ‘back’ the dollar – the things you can buy with it. Just like gold’s ‘backing’ the dollar in olden days meant you could buy gold with dollars from banks. (The ‘gold standard’ has been dead for nearly a century, and had not been around long even back then when it died.)

In this sense, again, it is not merely past stuff – stuff like gold – that ‘backs’ our money. It is likewise future stuff that does this – the stuff we produce, the new stuff that Fed money enables us to pay to produce and then purchase in our exchange economy.

So what is this ‘Fed money’ to which I refer, and how does it fuel production? Well, we can start by by returning to that funny word ‘printing’ …

The paper currency supply is only a tiny fraction of our national money supply. The far larger part is bank account money that the Fed uses ‘computer keystrokes,’ not printing presses, to ‘create.’ When the Fed aims to inject more money into the economy to fuel more growth – that is, production – it simply credits bank accounts with more lending power, and then hopes that the banks will lend the resultant ‘bank money’ (a.k.a. ‘credit-money’) to productive enterprises.

Unfortunately, however, much of our nation’s bank money flows not to producers in the ‘real’ economy, but to Wall Street financial markets. It is used there to purchase financial assets that are not being newly created as claims on new wealth, but that already exist. This leads the money supply in those markets to exceed the asset supply (‘too much money chasing too few assets’), which does cause inflation – inflation of those asset prices.

You have been hearing about these asset price inflations continually over the last 40 years. The only reason you might not know this is because we use a different word for Wall Street inflations – we call them ‘bubbles.’

Wall Street likes you to think and say ‘bubble’ instead of ‘inflation’ (or even ‘hyperinflation’) because it knows that you worry about inflation while probably thinking that bubbles affect only Wall Street. But that’s incorrect. Every dollar that fuels an asset price bubble is a dollar that’s not fueling production, hence a dollar that’s not growing real wealth. It’s a waste. And we know after 2008, as we earlier learned after 1929, that it’s a very destructive kind of waste. It harms not only Wall Street, but also Main Street.

What can we do about this? How can we vouchsafe new money’s fueling production instead of Wall Street inflation?

If we want new money to flow not to Wall Street speculation but to Main Street production, and hence to fuel not asset inflation but real wealth creation, we must redirect the money the Fed ‘creates.’ We must deliberately aim it at Main Street, not Wall Street.

Here’s how to do that…

The Fed exists to assist the investment process. That’s why we founded it over a century ago. One way the Fed assists the private investment process is through what is called the Fed ‘Discount Window.’ ‘Discounting’ is a banking term for purchasing now something that will pay out more later. If Jack gives Jill an IOU on which he will pay later – say $100 after one year – Jill has an asset that doesn’t ‘mature’ till next year. This is the nature of most long term ‘investment securities’ and short term ‘commercial paper.’

If Jill needs or wants money now, she can sell this asset that Jack has issued. She can sell, that is, the ‘accounts receivable’ owed her by Jack. But no one will buy it for the full ‘face value’ of $100, because Jack doesn’t pay that until next year. Buyers today will accordingly ‘discount’ the note – they will pay less than $100 now for $100 later. (That’s called ‘the time value of money.’) The buyers will, in other words, invest now for more later.

The Fed does this too, through the aforementioned Discount Window. Again to simplify slightly, it tells banks that it will buy IOUs from them – IOUs given them by the borrowers to whom banks lend money. Buying these IOUs before they come due, the Fed will pay less than their face value, ‘discounting’ them just like the buyers to whom Jill might sell Jack’s IOU in our story just now. It will also impose certain conditions on what it will buy – not just any Jack’s IOUs will be worth the risk of default where the Fed is concerned.

And here lies is the key to making Fed money productive. Currently, the principal conditions the Fed imposes at the Discount Window are safety and profitability conditions. In other words, all the Fed asks of the banks before buying their IOUs is that these be likely to pay what is owed, not default, and to do so within a brief span of time. The Fed pays little attention to what the IOU money is actually spent on, be it productive or merely speculative, so long as the ‘project’ is safe and short-term.

But this means a Wall Street speculator with a big diversified portfolio and a profitable betting record is as eligible for Fed money as is a productive entrepreneur with a great new technology. In fact, the speculator might even be more eligible if he tends to make higher short-term profits in aggregate than does the tech entrepreneur. This is why Fed money now inflates bubbles on Wall Street even while doing so little for our ‘real,’ productive economy.

There is a ready solution to this problem: Spread the Fed…

Here is how it works. First, we add one more requirement to eligibility for Fed discounting: insist that projects eligible for Fed lending be likely not only to be profitable, but also to be productive – to bring real goods and services, real wealth, into existence. And second, we assign all twelve of the regional Federal Reserve Banks, which are located all over our country for this very purpose, the task of proactively seeking out promising candidates for this form of productive project lending.

But in the past 50 years nearly all of the Fed action has taken place in the Federal Reserve Bank of New York – the one next to Wall Street. That is just one of our twelve regional Fed Banks!

There is no reason to amputate eleven of the Fed’s twelve limbs in this way, and every reason not to do so. All of the regional Fed banks should be lending – from Boston to New York and Cleveland; from Richmond to Atlanta; from Chicago, St. Louis, and Kansas City on out to Dallas and San Francisco. That’s what they’re for – that’s why we have Regional Federal Reserve Banks.

Spread the Fed, as originally intended, and spread the Fed’s money – those ‘Federal Reserve Notes’ – productively across every town’s Main Street, and we’ll have a People’s Fed, not a gamblers’ Fed. We will have real growth and prosperity, without Wall Street or Main Street inflation. You can find much more detail on just how to do this right here.