Breaking
Meet Onesimus, The Enslaved Man Who Saved Boston...
How to Build a Sales Forecast Model
The Unexpected Ways COVID-19 Has Forever Changed What...
Google Posts: Conversion Factor — Not Ranking Factor
How To Bring Your Branding To Life
Coinbase Cofounders And Investors Poised To Rake In...
How To Stay Top-of-Mind For Your Audience With...
Employers: Eight Red Flags You May Not Notice...
The benefits of videoing in the automotive industry
Ted Lasso, Other Apple TV+ Shows Arriving Soon...
How To Incorporate Click And Collect Into Your...
What Are Working Capital Loans and When Should...
The 10 Biggest Trends in Entrepreneurship to Look...
Clubhouse Has Grown 10X In Two Months. Here’s...
Here’s Why Tyson Foods Stock Looks Undervalued At...
How To Maintain Client Relationships During Long Projects
Home Finance What Bernie Sanders Isn’t Telling You About Social Security
Finance

What Bernie Sanders Isn’t Telling You About Social Security 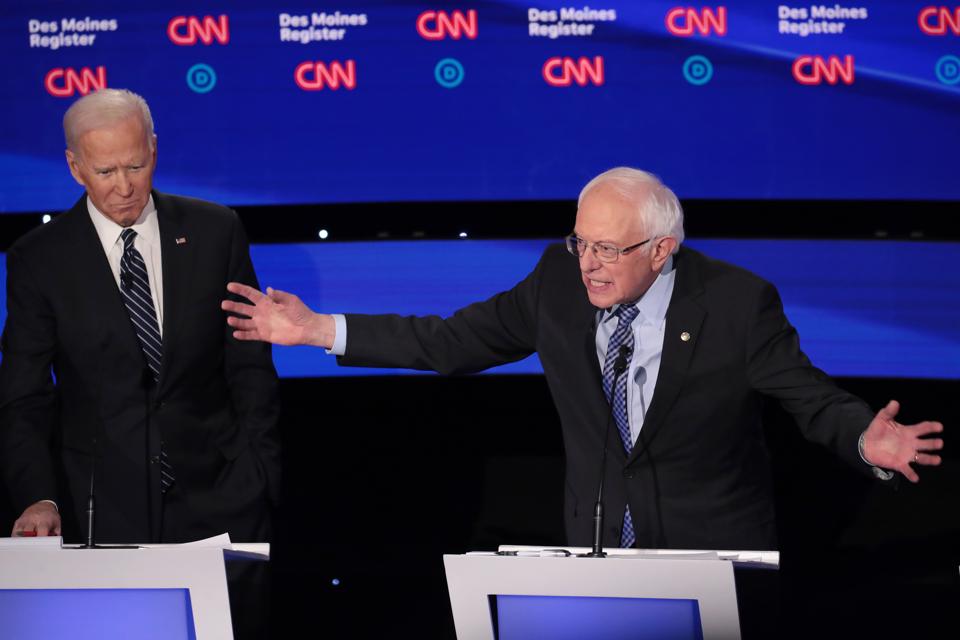 In recent days, Sen. Bernie Sanders and his campaign surrogates have accused former Vice President Joe Biden of being dishonest about his views on Social Security. Although much has been written about Biden’s position, far less scrutiny has been applied to what Sanders proposes to do with the nation’s largest federal spending program. That’s a problem, because Sanders’ agenda isn’t honest about Social Security’s financial condition and would gravely harm the young voters powering his presidential campaign if enacted.

Here are the facts: both Biden and Sanders, as well as nearly every other Democrat running for president in 2020, have proposed to expand Social Security benefits during the campaign. Nobody is championing benefit cuts in this election. The only real difference among the candidates’ proposals is for whom benefits would be expanded. Biden has targeted his benefit expansions to low-wage workers and widow(er)s, two groups of older Americans that are statistically more likely to be left in poverty by our retirement system. These are the folks who need Social Security the most. Sanders, meanwhile, has proposed across-the-board benefit increases that would increase benefits for even the wealthiest retirees regardless of need.

Unfortunately, no one is talking about the elephant in the room: Social Security doesn’t even have the capacity to pay out the benefits already scheduled. Every year since 2010, the program has spent more money on benefits than it has raised in payroll taxes.  The U.S. Treasury is currently covering that shortfall, because it borrowed from previous surpluses and is now paying that debt back. But once those funds are exhausted in 2035, Social Security would be legally required to cut benefits across the board by roughly 20 percent. Even Sanders has acknowledged the program has “been adjusted before, and adjustments will have to be made again.”

He and the other candidates calling for benefit increases have proposed ways to pay for such expansions, so at least they would not worsen the existing shortfall. But after tapping every conceivable revenue source to offset his gamut of government spending proposals, Sanders would leave no realistic revenue-raising options on the table for closing Social Security’s structural deficit. It’s worth asking: is promising everyone higher Social Security benefits now while pushing painful “adjustments” into the undetermined future really the hallmark of an “honest” politician?

Of course, Sanders isn’t the only candidate with this problem. Sen. Elizabeth Warren has proposed increasing annual benefits by $2,400 for every current and future Social Security beneficiary in addition to a number of other costly benefit expansions. Such a proposal is the antithesis of progressivism, as it would give retired multi-millionaires thousands of dollars they don’t need for no particular reason. And they would receive this windfall even though their generation didn’t pay sufficient taxes to finance benefits under the current formula. When young Americans must already contend with several other challenges we inherited, from the skyrocketing costs of education and health care to combating the climate crisis, should we also be asked to pay for boosting the benefits of affluent Americans already coasting in a comfortable retirement?

None of this means that Social Security requires draconian cuts of the size many Republicans have pushed for. In fact, many Social Security reform proposals (including one I published last year) embrace the kind of benefit expansions Biden is proposing while still putting the program on a path to sustainable solvency through a combination of reasonable tax and benefit changes. But the indiscriminate and exorbitant expansions proposed by Sanders and Warren strain credulity, and young workers should ask themselves if they are prepared to pay more in payroll taxes just to give wealthy retirees a windfall they never earned. Is that really the revolution we’re being promised?