Home Business What Could Cause A Recession In 2020
Business

What Could Cause A Recession In 2020 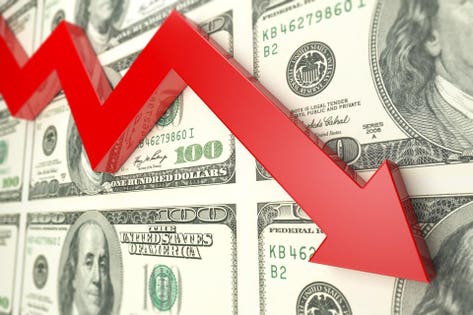 A recession is unlikely in 2020, but possible. The economics profession did not predict most past recessions, so the absence of a downturn in current forecasts cannot be too comforting to business leaders planning operations for the upcoming year. Contingency plans for a recession continue to make sense, and many businesses’ plans should reflect possible causes of a slump. This article will roll through the most likely causes, with an evaluation of each.

International conditions—both weak growth abroad and President Trump’s trade conflicts—constitute the greatest risk to the economy right now. Europe and China have clearly decelerated, though both continue to grow. Global industrial production has flatted, according to the tabulations by CPB’s World Trade Monitor, and global trade across national borders has actually declined.

European activity worries many, with the latest IHS Market Flash Eurozone purchasing manager’s index flat, suggesting no growth of GDP currently. The European Central Bank started a mild stimulus program in September, but monetary policy takes time, so the impact would be felt in mid-2020. Don’t expect miracles, though.

Brexit uncertainty has probably dropped since the recent election. That’s not to say all issues have been worked out, but the greatest doubt about whether Brexit would happen has been removed. Economists on the ground on the Continent (surveyed by FocusEconomics) expect the Eurozone to grow at 1.0% in 2020, roughly about the same rate as 2019. That’s not a strong expansion, but it’s no recession.

China’s economic deceleration has caused a great deal of worry, but the latest data show improvement. Retail sales rose 8.0% (4.9% adjusted for inflation), and investment in fixed assets increased 5.2 percent, according to the National Bureau of Statistics of China. Chinese statistics must be taken with a grain of salt, but the outside experts who watch the country’s economy closely are talking continued deceleration, not recession.

With slow growth in the world set to continue, the disagreements over international trade could trigger a global recession. Politicians seem not to understand the complexity of modern supply chains. A car has about 10,000 components. Most are made remotely from the car assembly plant, often by other companies. And a component, such as a dashboard, may be made by another company, using parts and subassemblies purchased from a third company. And so forth until you get to iron ore, yarns for fabric, and petroleum for plastics.

Major changes in tariffs and trade restrictions throw havoc into this supply chain. A given change in the rules will trigger a change in sources of supply, as companies minimize costs over time. An uncertain change, as when President Trump threatens to impose tariffs, may not cause an immediate change in sources. However, repeated threats, actions, and retreats from action tend to make domestic sourcing the preferred strategy. That is, companies will pay a premium to avoid dealing with the possible disruption of an international supplier. The premium they are willing to pay is not infinite, but at the margin makes a difference between two bids not far from each other.

Uncertainty slows down capital spending. A company’s optimum physical plant and equipment varies from one set of international trade rules to another, so businesses don’t commit to a particular capital spending program until they know what the rules will be.

Although the logic of trade uncertainty slowing down economic growth is strong, the magnitudes are unlikely to trigger a recession. Business equipment spending amounts to just 5.7% of GDP here in the U.S., with structures another 2.9%. Many businesses do not have global supply chains, and the majority of these expenditures replace old equipment. It’s technically possible that a trade disruption could trigger a recession, but the size of the numbers makes it quite unlikely.

Although international trade is a timely issue going into 2020, we have never had a recession caused solely by trade. The tariff hikes of 1930 certainly aggravated the Great Depression, but did not by themselves cause that downturn.

Has the Fed been overly tight? In the two years from early 2017 through early 2019, they raised the Federal Funds rate two percentage points. But the Fed’s foot-on-the-floorboards policy change is three percentage points in one year, so the Fed pushed the brakes down at a very mild pace, then moved to ease in the summer of 2019. It may turn out that the mild tightening was too much, and that the time lags mean we’ll feel the economy’s response in 2020. However, this seems unlikely.

The third potential cause of a recession that I hear people worry about is consumers being too far in debt. The problem with this theory is that consumers have been growing their spending slower than their incomes are growing. The savings rate is actually on a mildly increasing trend. People could certainly panic and try to cut back expenditures sharply, but that would require a severe shock to their attitudes. A major war or terrorist attack could trigger such a change, but the economy itself is not going to frighten consumers.

As a result, a recession is unlikely in 2020, though certainly possible. Contingency plans will be valuable if I’m wrong on this judgment, and they are pretty easy to develop relative to the benefit that will accrue in a recession. (I’ve posted several videos on Business Planning With A Risk Of Recession.)

Business leaders should also consider the possibility of a downturn in a particular industry or region. Manufacturing is trending down overall, and special problems plague Boeing’s supply chain, as well as the primary metals sector, which provides pipe for petroleum drilling.

Regional weakness is illustrated in the manufacturing weakness now hitting the area of eastern Michigan from Bay City down to Toledo, Ohio. Even non-factory businesses in this region suffer.

Even though a recession is not likely in 2020, one could occur, triggered by international trade conflict, overly tight monetary policy, or by industry-specific or regional factors. Thinking through the risks ahead of time continues to be valuable.

7 Leadership Books To Add To Your Holiday Wish List

Unlock Your Authenticity And Use It To Build Your Own Business

You Need To Change Your Thinking: Paycheck Protection...