What Employers Should Consider When Drafting A Social Media Policy 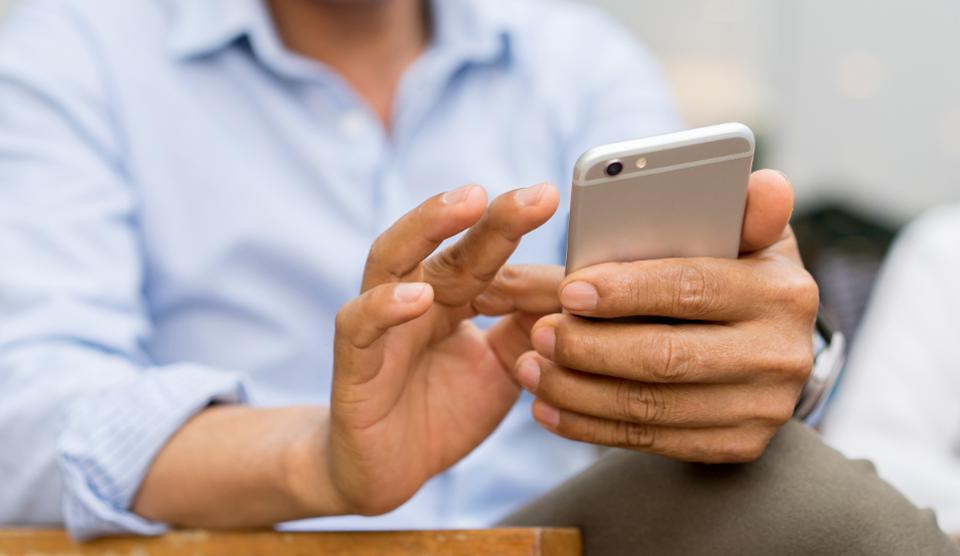 Social media posts can hit employers like a brick wall. But an effective social media policy can … [+] help mitigate their impact.

While some may dream of creating a viral post, it can be a nightmare for an employer if a tweet or comment negatively impacts their reputation. After all, there’s no stopping the speed at which social media operates. So, how can employers mitigate the fall-out from one bad tweet while still adhering to the law?

The Washington Post recently found itself in the crosshairs of a social media uproar after it suspended one of its journalists over a single tweet. Following the death of basketball star Kobe Bryant, Felicia Sonmez tweeted a link to a 2016 story detailing rape allegations raised against Bryant in 2003. The response by the Twittersphere was swift and furious, as the reporter received backlash, including physical threats, and was then placed on administrative leave by her employer pending a review and investigation against their social media policy.

The Post took action alleging “[Sonmez’s] tweets displayed poor judgment that undermined the work of her colleagues.” But over 400 Post employees disagreed, with many contending the reporter had not violated the Post’s social media guidelines because Sonmez merely tweeted a factual statement. After reviewing the reporter’s social posts, the Post conceded Sonmez did not violate their policy and permitted her to return to work.

Be Proactive, Not Reactive

The use of social media is pervasive in our society. And as its use grows, so should the scope of social media policies addressing permissible guidelines for content that can be reasonably associated with an employer; this is where Post may have run into trouble with its reliance on a policy it last updated in 2011.

To provide some perspective on how quickly things change, Twitter is now more than three times the size it was in 2011 when it first reached 100 million active users. Today, 72% of people turn to social media to connect with others and get news, and 7 out of 10 adults use Facebook, according to the Pew Research Center.

The expanded reach of social platforms and their integration into our daily lives places organizations at a higher risk for damage to the brand and its reputation. And the lines between personal opinions and those expressed on behalf of an organization can be unclear. Employees may include their employer’s name in their bios, sometimes overtly—like Sonmez did in her Twitter bio—and sometimes more subtly, as many Facebook users do when completing the platform’s standard “About” template. Regardless, the affiliation presents a unique challenge for organizations.

To have some measure of control over what employees post, businesses should have a social media policy in place—one crafted with the law in mind. The key is to be proactive, not reactive.

At-Will Employment, Free Speech And The Right To Collective Bargaining

American employers have a good deal of freedom in writing their HR policies, providing, of course, they abide by applicable laws. Employment relationships in the U.S. are generally “at-will,” meaning that an employer can terminate an employee at any time, and for any reason that does not infringe upon that employee’s rights, is not discriminatory, or otherwise illegal.

And paramount amongst liberties in the U.S. is the Constitutional right of “free speech.” However, the reach of the First Amendment generally prohibits the government from restricting free speech—not private entities meaning employers can feasibly limit the speech of their employees subject to a significant caveat, the National Labor Relations Act (“NLRA”).

The NLRA addresses communications among employees and is particularly restrictive in the development of an employer’s social media policy.

NLRA Section 7 states: “Employees shall have the right to self-organization, to form, join, or assist labor organizations, to bargain collectively through representatives of their own choosing, and to engage in other concerted activities for the purpose of collective bargaining or other mutual aid or protection…”

The Act was issued to protect the right of all U.S. employees to unionize, collectively bargain, and strike. To do so, they must have the freedom to share information—even negative information—about their work conditions, pay, management, or benefits. Therefore, employers in the U.S.—even those that are not unionized—cannot issue any policy that would infringe on the ability of employees to engage concerted activities protected by the NLRA.

What’s more, courts and regulatory agencies have interpreted the scope of the NLRA’s provisions broadly. In 2018, the United States Supreme Court issued an opinion in Epic Systems Corp. V. Lewis, “[s]ince the [Labor] Act’s earliest days, the [Labor] Board and federal courts have understood § 7’s ‘concerted activities’ clause to protect myriad ways in which employees may join together to advance their shared interests.” For example, a confidentiality rule could violate the statue if it prevented employees from sharing information about pay or company practices. If an employee publicly complains about the employer, even if it is aggressive, inflammatory, or false, it could be protected by the NLRA law.

Here’s what employers should consider:

The objective will shape the tone and direction and provide a foundation for future iterations. Ultimately, the policy should balance an employee’s right to free speech with the organization’s desire to protect brand reputation and confidential information. Take the time to develop a strategy and a defensible position concerning “concerted activities.” Identify the employment relationship as “at-will,” and emphasize that the employer will act in a nondiscriminatory manner, and in accordance with the NLRA Section 7.

Personal content is just that—it’s clearly personal. But once the individual posts content that mentions the employer, it may be company affiliated and is potentially subject to assessment and action by the employer. This content may include any posts using official company channels (e.g., @employer) or where an individual identifies themselves as being employed by a specific company.

·       Be specific about the content that is in scope

Examples of prohibited content could be posts disparaging the employer, its clients, or competitors if posts are made in a manner not associated with the individual’s rights under the NLRA. Content that is company-affiliated concerning opinions on social causes, political views, or is extreme, violent, or sexually-explicit, drug-related, discriminatory, or is inflammatory or unlawful should be covered by the policy.

A social media policy may exist in the context of established HR rules concerning confidentiality, codes of conduct, or privacy. For example, employers typically prohibit employees from sharing confidential information or trade secrets; this should be true regardless of the communication channel. Likewise, they cannot use social media platforms to violate laws concerning intellectual property, antitrust or insider trading, relevant data protection or privacy laws, or to discriminate against or harass coworkers. What applies to corporate conduct, in general, applies to communications on social media.

Social media technology evolves rapidly. Employers must revisit social media policies and revise them regularly. Convene a review board that includes legal counsel and peers within your industry. What makes sense for a retailer may not work for a utility company or a newspaper.

Creating a global social media policy is trickier. U.S. laws can conflict with privacy and labor and employment laws outside of the U.S. For instance, employment at will is a relatively unique American legal structure. In many countries, terminating an employee is far more nuanced, with more protections. Communications outside the workplace, for instance, on the employee’s own time, personal device, and personal social media accounts, may not be under the employer’s control.

While many employers may want complete discretion over their brand’s reputation, what is realistically possible is far more limited in terms of scope and control, especially as a result of the speed in which social media operates. Employers must afford their employees the rights that they are due while mitigating risk to their company. Establishing an effective social media policy can help them do precisely that.

The Cubicle Is Suddenly (And Thankfully) Endangered

How One Company Is Contributing To The Solution...

What You Can Learn About Increasing In-Store Impulsivity...

How To Improve Employee Wellness