Home Technology What Is Groundhog Day? How The Wacky Tradition Can Help You Understand Our Place Is Space
Technology

What Is Groundhog Day? How The Wacky Tradition Can Help You Understand Our Place Is Space 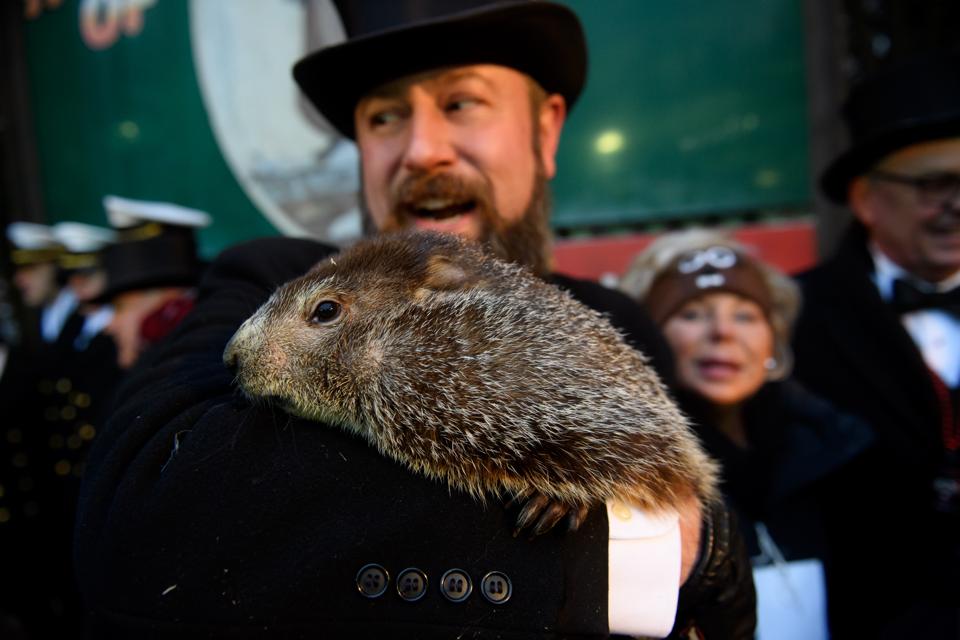 Handler AJ Dereume holds Punxsutawney Phil after he did not see his shadow predicting an early … [+] spring during the 133rd annual Groundhog Day festivities on February 2, 2019 in Punxsutawney, Pennsylvania.

If they’re from North America, and specifically from Pennsylvania, they’ll probably know about the tradition for a groundhog—also known as a woodchuck, and part of the marmot family—to come out of its burrow on February 2 each year and unwittingly make a seasonal prediction. If it sees it shadow (i.e. it’s clear and cold weather), winter will continue for six more weeks. If it’s cloudy, spring is imminent.

A groundhog—specifically one called Phil in Punxsutawney, western Pennsylvania—makes the prediction. Does Phil get it right? Sometimes. Not really. Who cares? Much more important is that groundhog day isn’t just a load of traditional nonsense. It’s actually got an astronomical significance because Groundhog Day also happens to be an important “cross-quarter day” for our planet. 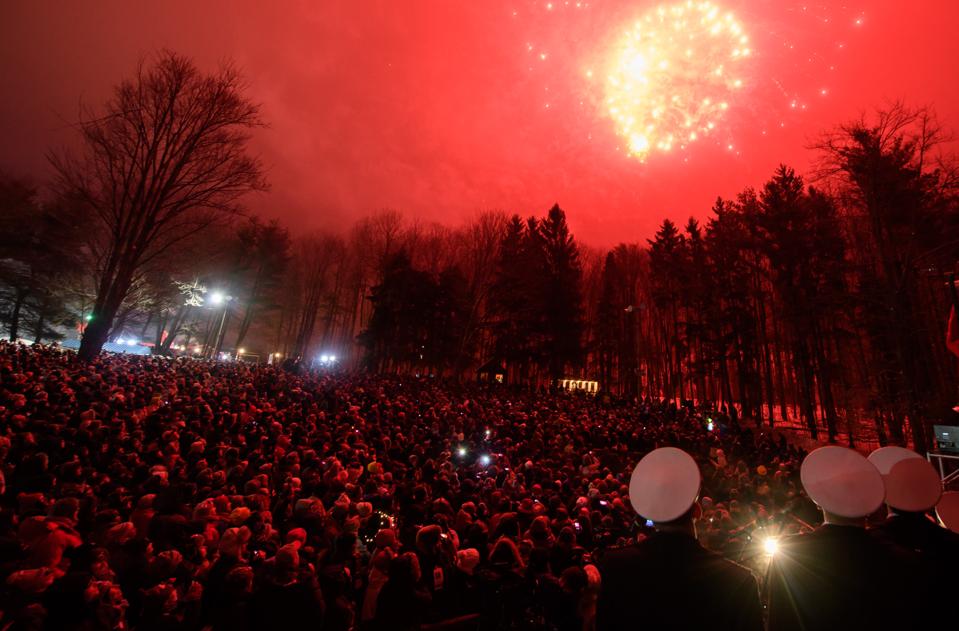 Cold visitors await Punxsutawney Phil, who did not see his shadow ,predicting an early spring … [+] during the 133rd annual Groundhog Day festivities on February 2, 2019 in Punxsutawney, Pennsylvania. (Photo by Jeff Swensen/Getty Images)

When is Groundhog Day?

Groundhog Day always occurs on the same day every year, on February 2, and that’s key. That date is significant on Earth’s orbital path around the sun because it’s on (or very close to) one of the halfway points between a solstice and an equinox, which are themselves also known as “quarter days.” Such a day is called a cross-quarter day.

When are the other cross-quarter days?

When you learn the other dates and days of the year that are cross-quarter days, you’ll quickly realize their traditional significance to our ancestors, from the Pagan wheel of the year to some religious holidays. 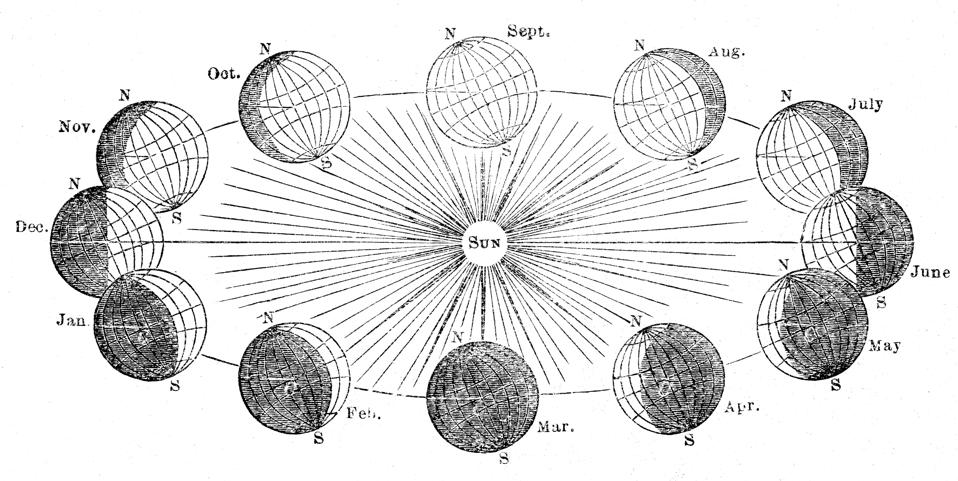 A System of Modern Geography designed for the use of schools and academies by Augustus Mitchell – … [+] Published by T. H. Butler / Philadelphia 1881

How the year is divided up

Earth takes 365 days to orbit the sun, but that orbit has way markers because Earth is tilted on an axis at an angle of 23.5º. Our journey around the sun is therefore split into seasons, where either hemisphere gets more of the sun’s light and heat. The difference in temperature is down to many factors, but the most important is the height of the sun in the sky, which determines its intensity and the length of the day.

So Earth’s annual orbit—a year—is divided into two solstices and two equinoxes, with cross-quarter days in between. 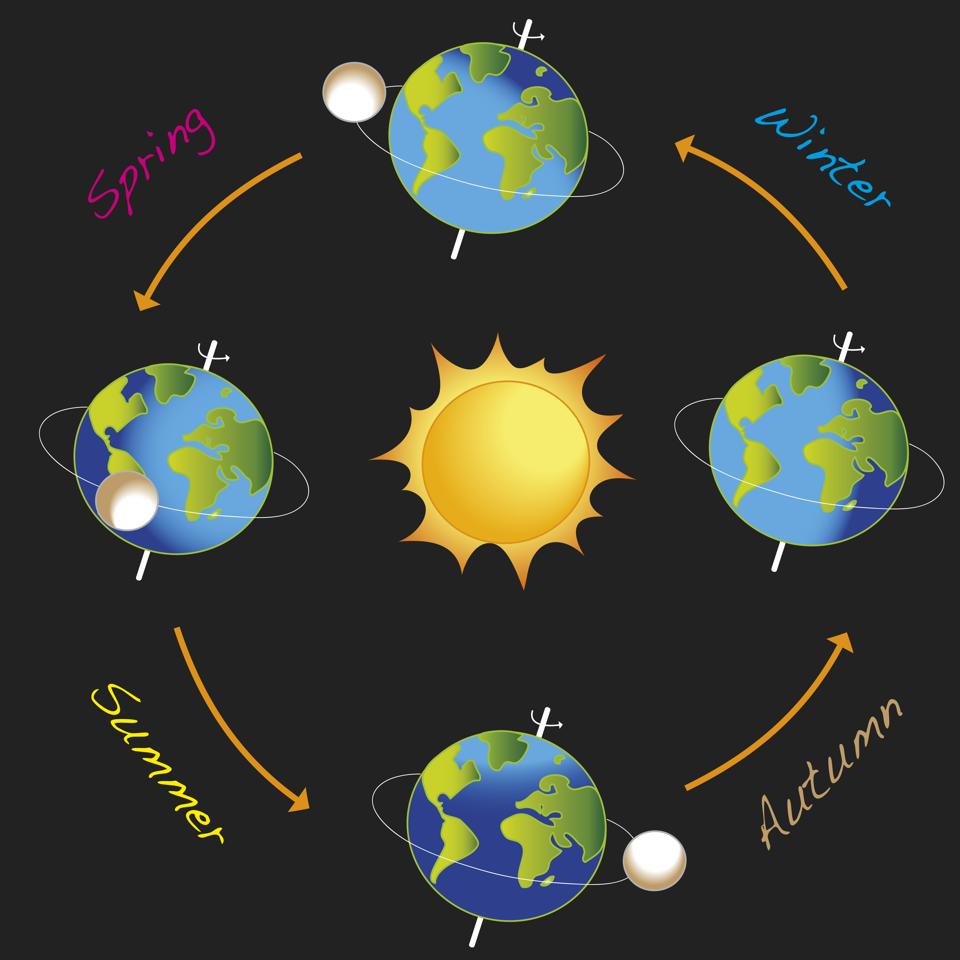 illustration of earth revolves around the sun

What are equinoxes and solstices?

At June’s solstice, the tilt of Earth’s axis is titled such that the northern hemisphere is in the hot seat. The midday sun appears to be at its northerly point, directly overhead the Tropic of Cancer, so days are long in the northern hemisphere, and short in the southern hemisphere. At December’s solstice, the sun is at its most southerly point south of the equator above the Tropic of Capricorn, so the opposite occurs. An equinox marks the day when the midday sun crosses the equator. 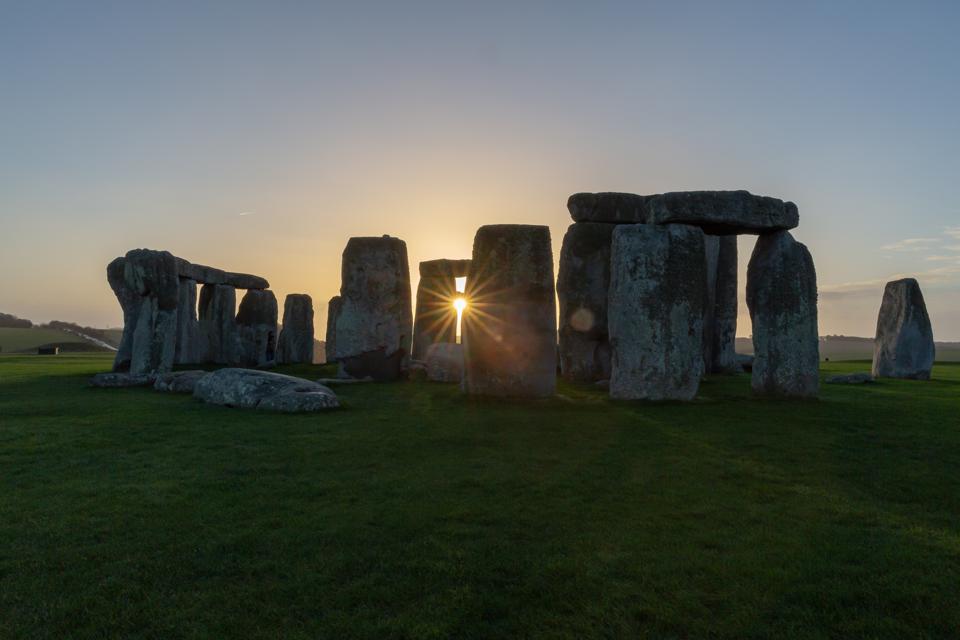 The Stonehenge circle of stones in the early morning light

When are the equinoxes and solstices?

The addition of “summer” and “spring” to the dates of the equinoxes and solstices are merely northern hemisphere bias; these are global events that signal the beginning of the opposite season in the southern hemisphere.

Why the cross-quarter days are … wrong!

If a cross-quarter day is the day precisely halfway between a solstice and an equinox, then Groundhog Day in 2020 should technically be on February 4. There’s a similar situation with the other cross-quarter days. So what’s going on? As usual with giving fixed dates to anything astronomical, days and dates gradually shift over large timescales. Known as the “precession of the equinoxes,” the slight wobble in Earth’s axis as it spins—something that takes 25,920 years to go full circle—means a a slight distortion to the exact dates of cross-quarter days.

The Number One Carbon Capture Technology Recommended For...