Home Finance What Is Intergenerational Solidarity, And Why Does It Matter For The French – And For Us?
Finance

What Is Intergenerational Solidarity, And Why Does It Matter For The French – And For Us? 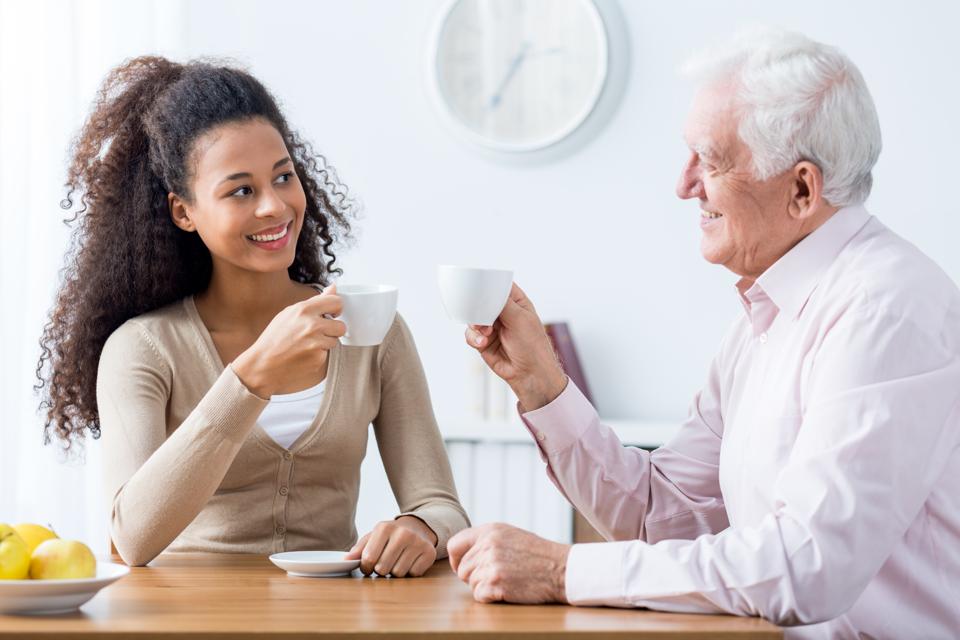 The American Social Security system is, when it comes down to it, a pay-as-you-go system.

Oh, sure, we like to think otherwise. We believe that the Trust Fund means that our contributions are building up to eventually pay for our future retirement. But the reality is that but for some sleight of hand — and tax hikes — the Trust Fund would have been wholly depleted in the early 1980s, and in the subsequent years, as the Baby Boomers reached their peak in the workforce and the tax increases took effect, the large majority of their Social Security contributions went simply to pay benefits for current retirees, with only, at the peak of the surplus, one quarter (-ish) of the receipts being used to rebuild the Trust Fund surplus.*

What would happen if we were honest — if we acknowledged that each generation, more or less, pays for the benefits of their parents’ and grandparents’ generation, and that in turn, our benefits will be paid for by our children and grandchildren? Would we be more willing to acknowledge the importance of balancing the needs of the elderly with the needs of, well, everyone else?

The experience of France suggests otherwise.

France, after all, is locked in a seemingly never-ending battle between unions and the government over a reform of its Social Security system, a battle the stakes of which are particularly high because there is little to no true private sector supplemental retirement system, so that workers depend heavily on the state-provided benefits. And, although it is the unions which are engaged in protests and strikes, the proposed reform affects the entire Social Security system and French polling shows a near-even split between those who want the proposal to be substantially changed or cancelled, and those who support (or at least accept) its provisions broadly speaking.

Now, France, like many other countries, has never claimed that its retirement system is a funded one — neither officially, nor in terms of the everyday understanding of the system, do its supporters claim that workers contribute, accrue benefits, and collect retirement checks that their own contributions have directly earned them.

And the French have a label for their system. Pay-as-you-go, in their telling, is not simply a “whoopsie-daisy, guess we should have prefunded but it’s too late now” system, but a matter of what they call “intergenerational solidarity” (solidarité intergénérationnelle) — workers pay taxes, elders receive benefits, and the cycle continues. And this is true not merely of the primary Social Security system but also the quasi-public complementary multiemployer plans for blue- and white-collar workers, ARRCO and AGIRC, or similar plans for various specific occupations, even through various reforms in these systems and as efforts to transition to funded systems were implemented in nearby countries.

As explained by the scholars Marek Naczyk and Bruno Palier,

“The negative experience with funded pensions during the interwar period led to a deep distrust of this mode of financing within French society. Intergenerational solidarity has become an integral part of the post-war social contract, both through the establishment of PAYG statutory pensions and the development of collective occupational pensions (AGIRC and ARRCO).”

Now, the principle of “intergenerational solidarity” ought to mean a concern, by all generations, with the well-being of those older — or younger — than they. In fact, the year 2012 was designated the “European Year for Active Aging and Intergenerational Solidarity” and the EU’s materials spoke not just of meeting the needs of the elderly but of ways older adults can contribute to their societies, for instance, volunteering with children or to help in projects to help migrants integrate.

But it appears that, in practice, this solidarity is a one-way street.

“The work that has been done by the retiring generation has produced wealth for society as a whole and therefore benefits the next generation, which in turn supports the retirees.

“Pay-as-you-go retirement is the link between generations, it is the very expression of intergenerational solidarity without which no society can survive. [Pétain’s postwar] great contribution was to make this period a new age of life in which, while still in relatively good health, with an income close to that of professional life, one can engage in activities which are no longer subject to the yoke of competitiveness and profitability of capital. Retirement is no longer ‘retirement for the dead.’ It was a fundamental social advance that the President of the Republic Emmanuel Macron and his Prime Minister Edouard Philippe, in line with previous governments, today want to question.”

And here’s Edoardo Campanella writing at Foreign Affairs back in 2016:

“Europe’s pay-as-you-go pension schemes are based on a promise between generations: today’s workers fund their parents’ pensions, while expecting their offspring to fund their own in turn. The system is vulnerable: it prospers only as long as each generation of workers expects to be at least as well off as the generation of pensioners it pays for. But this is no longer the case, and the temptation to stop contributing to a broken financial scheme is mounting. If enough people start questioning the system, it could implode.”

And, indeed, the young people of France do not appear to be questioning the system, but rather (in significant numbers, at least) appear to reject cuts to Social Security not because of a strong sense of solidarity with their elders (who, in any case, would not see any cuts in the planned reform) but because their demands of fairness run in the opposite direction: it would unfair for their generation to miss out in the future on the benefits their elders are now enjoying — and as long as this appears to be a choice, determined by legislators’ decisions, rather than a necessity, they reject this choice.

All of which — to finally get to the last phrase of my title — gets us back to the United States.

Are we, as a country, as older adults or as younger adults, willing to evaluate policies on Social Security and other spending for the old, in light of competing priorities, the needs of younger generations, and these programs’ long-term sustainability? Or will we be trapped by the demand that younger generations have a fundamental right to benefit programs no less generous at retirement than those they contributed to for their elders during their working lifetime?

What do you think? Share your comments at JaneTheActuary.com!

*See this table of the Trust Fund (old age and disability combined) expenditures, receipts, and balances through 2009, as well as “Social Security Trust Cash Flows and Reserves” at the Social Security Administration website, which explains:

“In 1982, Congress enacted a provision that allowed the trust funds to borrow, under strict limits, additional reserves from the Medicare Hospital Insurance (HI) fund, which was then in surplus. Although those borrowings (with their offsetting liability) did not add to the net Social Security trust fund assets, they did supply cash reserves to the funds, alleviating (but not eliminating) the potential cash flow problem.

“Resolving the cash-flow crisis was the immediate aim of further reforms in 1983, and two provisions directly targeted the cash-flow problem. The first, introduced in May 1983, allowed the trust funds to be credited at the beginning of the month for revenues that were expected to be received later in the month. (This provision would be eliminated in 1990, when it was no longer needed.) By effectively allowing the funds to borrow an upcoming month’s taxes in advance, intramonth cash flow problems were forestalled.

“The second of the 1983 cash-flow provisions augmented the temporary arrangement that allowed the OASDI funds to borrow reserves from the HI fund. At the time, projected surpluses indicated that the loans could be repaid by 1990. As it turned out, additional loans allowed under the 1983 provision were not needed, and the 1982 loan was repaid in 1985 and 1986.

“The 1983 legislation introduced several other changes that contributed to the short-term recovery of the system. For example, a portion of the payroll tax dedicated to the DI fund was shifted to the OASI fund, a payroll tax adjustment that had been scheduled for 1985 was advanced to 1984, and some government and nonprofit workers were brought into OASDI coverage. In addition, a portion of the Social Security benefits received by certain beneficiaries was made subject to personal income taxes, and the resulting tax receipts were directed to the trust funds. Although trust fund solvency remained fragile for a few years, these changes, plus robust economic growth, soon brought reserves to the level at which short-term solvency was no longer in question.43”

Box Office: Why ‘The Saint’ Is A Curious Choice For A Reboot

The Liquidity Crunch: Bitcoin And Beyond