Home Business What Is The Future Of Work In The Tradable Sector?
Business

What Is The Future Of Work In The Tradable Sector?

Last week we held a screening of the film American Factory at the Harvard Business School (HBS), attended by film director Steven Bognar and representatives of the production company, Participant Media. The event was part of the school’s Documentary Series, and it was an opportunity to discuss views on the future of work, especially manufacturing work in the heartland of America. NPR says we should all watch it, and now that I have seen it several times, I couldn’t agree more.

The film documents the establishment of a new automotive window glass manufacturing facility by the Chinese company Fuyao Glass, who purchased the shuttered GM Truck and Bus Factory in Moraine, Ohio and subsequently invested close to $700 million to make it the largest integrated auto glass facility in the world. The filmmakers do a masterful job telling the stories of Americans working under Chinese management, and of Chinese workers assigned to Ohio to teach their new compatriots about manufacturing processes that they are expert at. 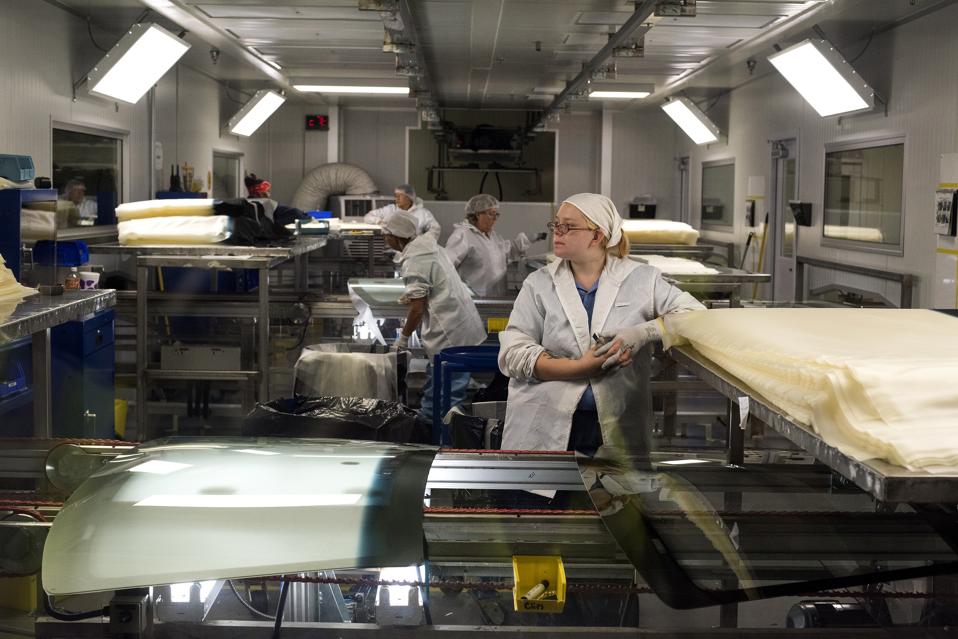 This was particularly relevant to our HBS students in attendance, because we had recently discussed a case on Fuyao (which I wrote) which we use to teach three concepts that underpin trade, globalization, and the architectures of modern supply chains:

Tradability – Goods and services are tradable to the extent that they can be produced remotely from the market where they are consumed. Most manufactured products are tradable, as long as the shipping cost is lower than the production cost differential and the product isn’t perishable or loses too much value while in transit. The greatest contributor to expansion of the tradable sector over the last 50 years has been innovations in container shipping and air cargo, which have revolutionized the structure of global supply chains by making the movement of an ever expanding array of goods inexpensive and fast.  It is remarkable how many goods and services we consume in the U.S. are no longer made here. Most manufactured products are tradable; many services like hotel stays and restaurant meals are not tradable. The largest non-tradable sectors in the U.S. in terms of employment are government work and healthcare. Services like accounting, call centers, and information technology support have become increasingly tradable thanks to low cost communications and the Internet.

Labor arbitrage – This is the movement of jobs for the production of goods or services from high cost regions to low cost regions. The removal of barriers such as import quotas, tariffs, and restrictive regulations dramatically expanded companies’ use of labor arbitrage from the late 1990s until more recently, and this meant a huge number of production jobs flowed to China. That era seems to be ending for now, or at least changing.

Substitution of labor for capital, or capital for labor – In high cost markets, manufacturers are justified in making investments in automation or sophisticated tools to improve productivity, reducing the labor content of goods produced. The reverse is also possible. When a manufacturer moves production from a high-cost region to a low-cost region, it might use more labor rather than invest in automation. This was common during the offshoring movement of the 2000s from the U.S. to China. Rather than use automated lines, it was cheaper to just “throw labor at the problem,” goes a common saying at the time. Manual processing also tended to be more flexible, which was beneficial in fast-moving markets where production runs were short, though there was generally higher variability in product quality. Chinese firms learned to do extensive manual rework on products with output quality defects to raise production yields. This was feasible when labor costs were low, but that is changing in China today and manufacturers there are investing heavily in automation to stay competitive.

When we taught the case to our MBA students, the focus was on the mechanics of globalization and trade. We wanted to help students understand the economic rationale for supply chains that span the globe. But rather than the usual narrative of an American company offshoring to China, this was the same situation in reverse: a Chinese company moving work to the U.S. But throughout, we didn’t talk about the human side. That’s why we brought the film here for a screening. It provides a sweeping look at the complex economic and social issues at a site that provided thousands of middle class jobs until it was shut down by GM two days before Christmas in 2008. The Fuyao factory that replaced it hired many of those same workers at about half the pay, and the film tells the stories of the ups and downs, of the very different management styles practiced in China versus the U.S., and a failed effort by the United Auto Workers to organize the plant. 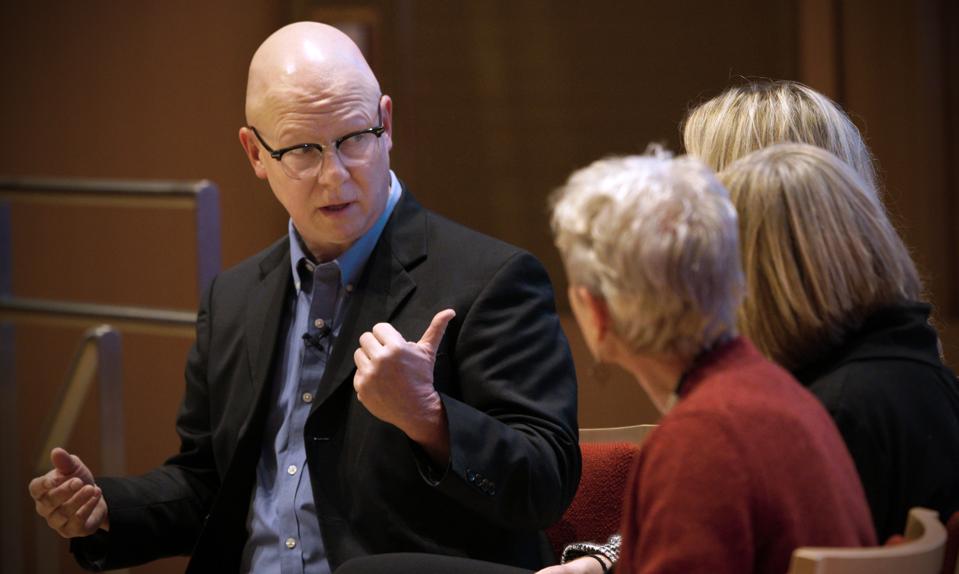 Filmmaker Steven Bognar talking about the motivation to tell the stories of his neighbors, after a … [+] screening of American Factory at the Harvard Business School.

After the screening, we had a panel discussion with Steven Bognar, who highlighted the impact of globalization on people’s lives, both Americans, and Chinese. Kris Rondeau, the Director of the American Federation of State, County and Municipal Employees (AFSCME) for New England talked about watching the “downsliding” in real time – the decline of the solidity of being middle class and the precariousness of manufacturing workers that are subject to global competition.

Bognar recounted how when he and co-director Julia Reichart started making the film, their intention was simply to tell the story of their neighbors – blue collar Americans who had lost their jobs, their homes, and their stability when GM closed. But early on in the process they realized it was a much bigger story – a global story, that they wanted to tell through individual narratives that didn’t necessarily agree with each other. And the stories were compelling – of Chinese workers trying to learn the American way of doing things, and American workers left behind by the impact of globalization. In response to a question from one of our MBA students, my colleague Prof. Meg Rithmire pointed out that we are at an inflection point as the rules of globalization are being rewritten by politicians, and she questioned whether the voice of business was being heard in this debate.

Every time I have watched the film, I come away with fresh questions. Are the gains from trade worth the price paid by workers in industries that face a globalized race to the bottom? If you talk to most any purchasing agent in the manufacturing sector, their goal is always to get productivity benefits (i.e., a lower price) every year; they’re usually measured by that. Will consumers be willing to pay higher prices so that they can support the employment of their neighbors in the community? As one who used to work in retail consumer products, I’m afraid I know the answer to that one – I don’t think so. Will organized labor be pushed by these forces mostly into the non-tradable sector? I don’t know. But like NPR says, we should all watch the movie. I think I’m going to go watch it again.

How To Make Your Company More Efficient Next Year

Tips For The First-Time Hotel Owner