What Makes This Beer Gay? 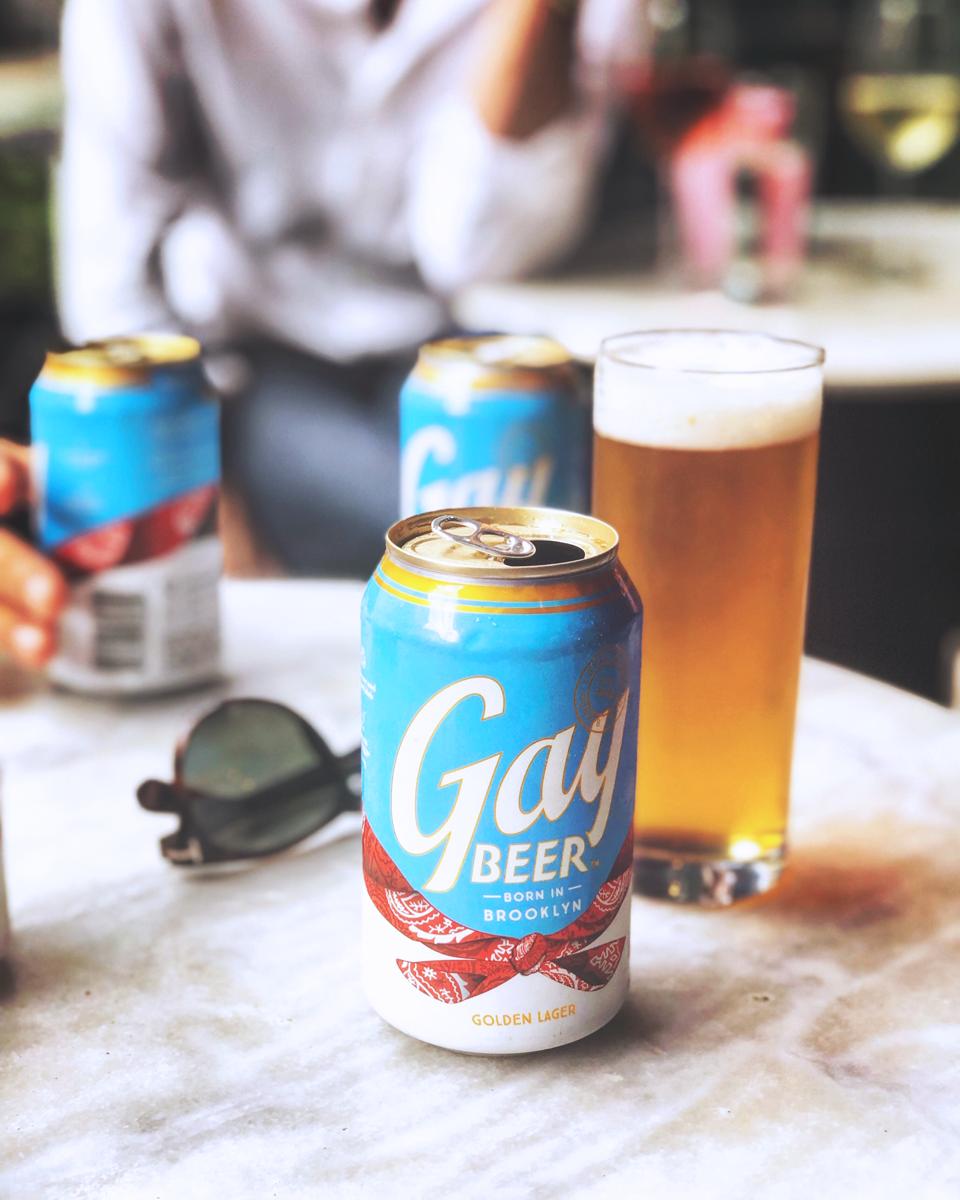 Gay Beer was created by Jon Moore and Jason Pazmino.

It’s a simple proposition: A craft beer, owned by a same-sex couple and marketed to the LGBTQ community. It’s called Gay Beer.

Upon hearing the name, or seeing the brand logo, many people crack the same joke. “That’s the one of the first questions we get,” co-founder Jon Moore says. “Is this going to make me gay? If you’re lucky, yes.”

“It doesn’t make you gay, it makes you a better person,” co-founder Jason Pazmino quips.

Gay Beer came about because the partners saw a lack of brands directly marketing to their community, outside of once-a-year Gay Pride stints. “We know what a powerful drinking base we are,” Pazmino says. “There is direct marketing during Pride month, but we’re year-round. No one has done a mainstay product that markets to us.”

“The beer market has a reputation for being supportive of frat boys, the manly men,” Moore adds. “We thought of calling it Gay Beer and not being ashamed about it.” 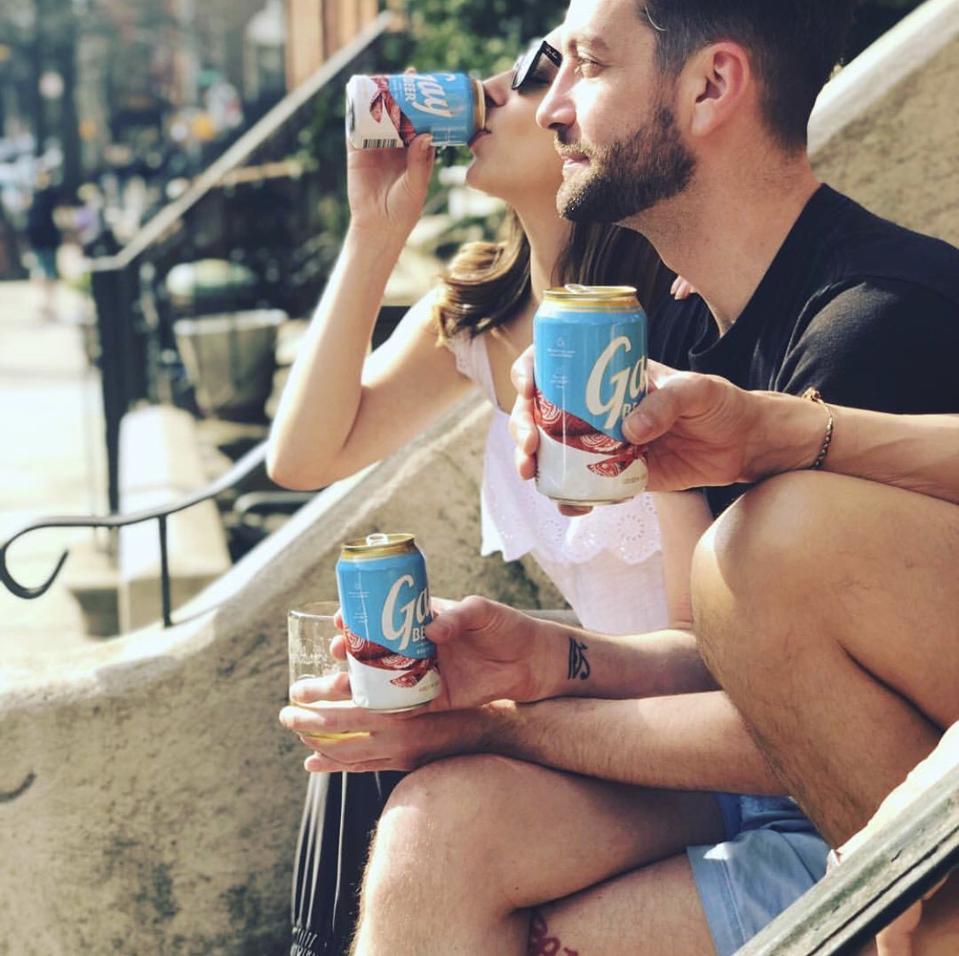 Gay Beer was created to be inclusive and speak to the LGBTQ community.

The beer’s name, while lighthearted, also taps into society’s gay panic, and fear of otherness. “I thought it was an opportunity to take the word back and show there is no fear in the word ‘gay’,” Pazmino says.

Given that Gay Beer nods to its community, its mission mandates quarterly donations to LGBTQ organizations. Last month, Gay Beer held a fundraiser benefitting Marsha’s House, an LGBTQ youth shelter in the Bronx.

But the brand is meant to be inclusive, with an aim to build bridges across all demographics, the founders say. “You’re holding a can that says ‘gay,’ but you’re still straight,” Pazmino adds. “We’re a fun community. Come have a beer with us.” (Cheeky taglines include “Be happy. Drink Gay Beer,” and “Go straight for Gay Beer.”) 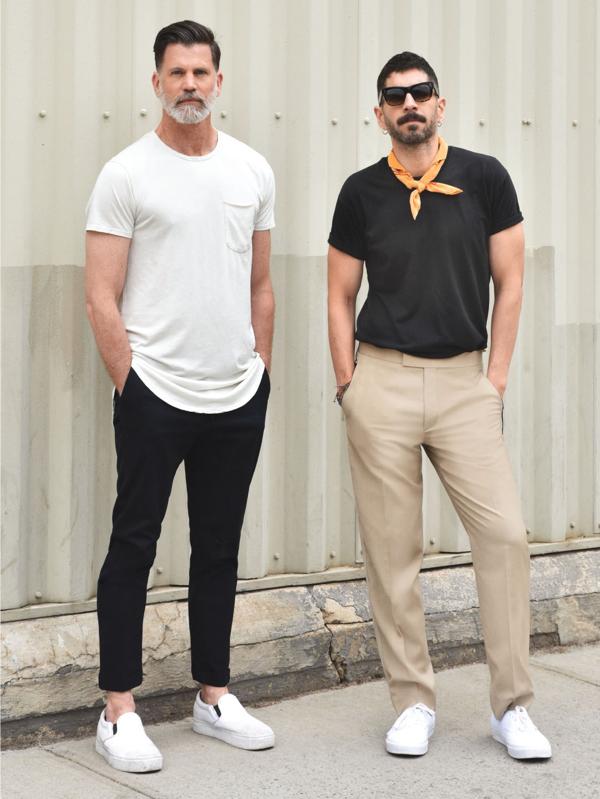 Brewed in upstate New York, the beer, which launched in Dec. 2018, is a gluten-reduced golden lager that’s sold in a range of bars and around 50 retail locations like Whole Foods. The fledgling brand is looking to expand in 2020 and add two new flavors, which may include an IPA and a blonde ale. For now, beer expressions are focused on session drinking, the kind of product that is packed into coolers and shared at social gatherings like beach parties and barbeques.

“Today’s consumer demands to be reflected,” Pazmino says. “The reality is that there is a consumer that has been ignored. It’s a sector that’s been told we don’t drink beer. There’s power in speaking to that consumer and creating loyalty.” 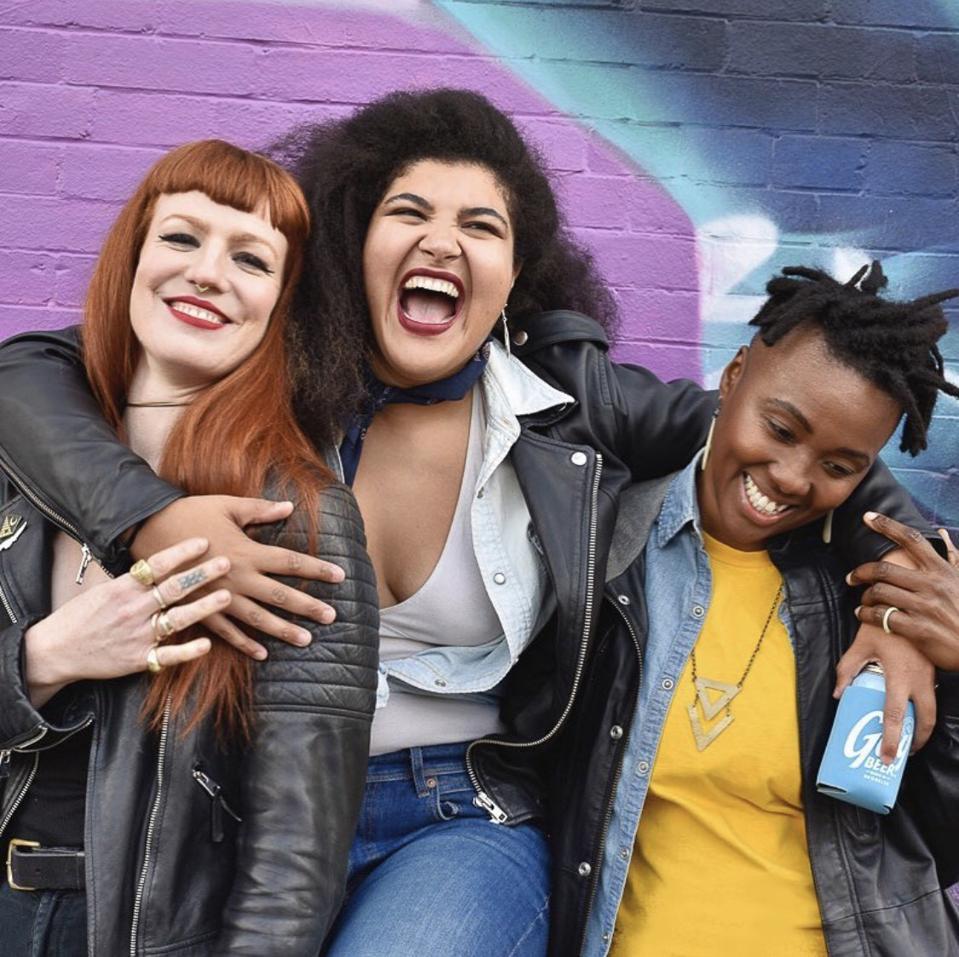 Queen’s ‘Greatest Hits’ Has Now Been Charting In...

What If They Held A Debate And No...