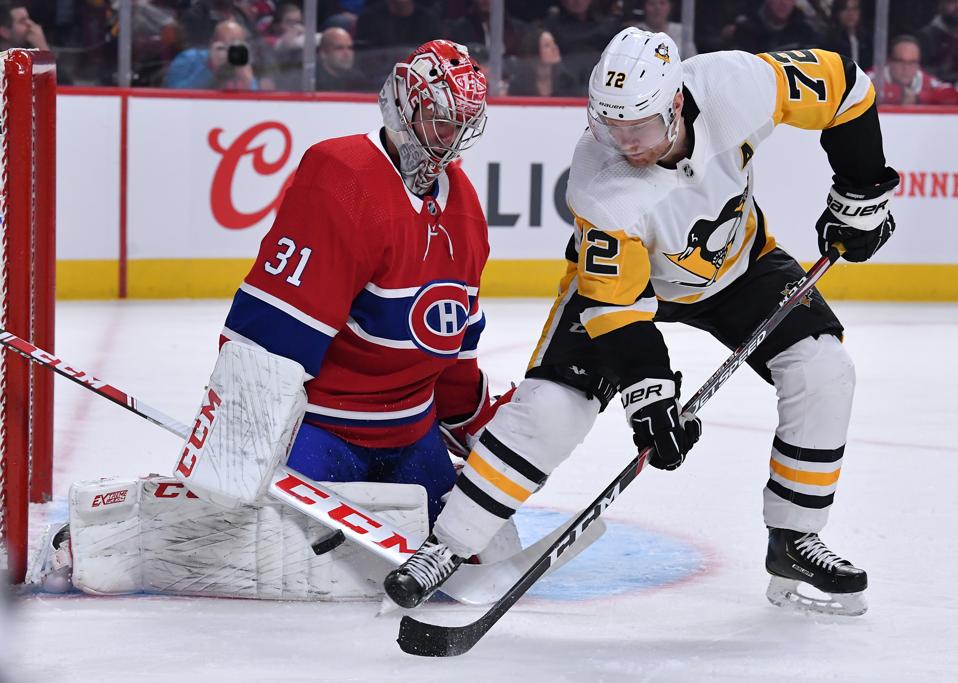 A summer Stanley Cup tournament could see the Pittsburgh Penguins facing the Montreal Canadiens in a … [+] best-of-five preliminary play-in round. (Photo by Francois Lacasse/NHLI via Getty Images)

On Friday night, the NHL Players’ Association announced that its executive board has authorized continued negotiations with the league on a 2020 summer Stanley Cup tournament.

The Players’ Association conducted a vote on Thursday and Friday among its Executive Board, which is made up of one player rep from each of the NHL’s 31 teams. The Board voted in favor of the structure of the 24-team postseason format that had been negotiated this week by the Return To Play Committee, which includes star NHL players like Connor McDavid of the Edmonton Oiler and John Tavares of the Toronto Maple Leafs as well as high-ranking executives from the league and the Players’ Association.

The postseason format that was presented for the vote would see 24 of the NHL’s 31 teams return to action sometime this summer — the top 12 from each conference, based on points percentage when the 2019-20 regular season was paused on March 12.

In the 24-team setup, the bottom eight qualifying teams in each conference would be bracketed into a best-of-five play-in round, with the winner advancing to the first round of the 2020 Stanley Cup Playoffs.

The top four teams in each conference would get a buy through the play-in round, but would play a three-game round-robin against each other, to help shake off the rust after their long layoff and get an opportunity to gain points which could help move them further up the standings.

Once the play-in round is complete, the playoffs would proceed relatively normally, with four bracketed best-of-seven rounds. Here’s how those matchups would look based on the information that was reported by Sportsnet on Thursday:

Of course, may not-so-normal elements are still in play, including reconvening players who are currently scattered across North America and Europe, timing of training camps and games, locations of games, coronavirus testing procedures, and nitty-gritty details of the quarantine ‘bubble’ that the league would be looking to establish to keep players and staff safe while the tournament is in progress.

But a green light to proceed with planning a postseason is no small thing in a situation as complex and unpredictable as the Covid-19 pandemic. Hockey mythology would have us believe that players would do anything for a chance to compete for the Stanley Cup, but not everyone is cut from the same cloth.

Some players have expressed concern about leaving their families to enter the playoff quarantine bubble for as long as two months. Some are immunocompromised, or have family members with health issues that they’re concerned about.

Individual players had a chance to express their opinions before this vote was conducted on a team-by-team basis.

On Friday, some reports surfaced that the Pittsburgh Penguins had voted ‘no’ to the proposal. That was triggered in no small part by the belief that the Penguins didn’t want their playoff chances to rest on a best-of-five series against the Montreal Canadiens — a team that sat 15 points behind them in the Eastern Conference standings when the season was paused but that happens to boast veteran netminder Carey Price — the 32-year-old former Hart Trophy Winner who was named runaway winner in the ‘Best Goalie’ category in this year’s NHLPA Player Poll.

On Friday night, Penguins’ player rep Kris Letang emphatically denied to Elliotte Friedman of Sportsnet that his team had voted ‘no.’

“At the end of the day, the playoffs are a different beast,” said 14-year veteran Letang, who has won three Stanley Cups in his career with the Penguins. “No matter (who) you play, it’s going to be hard. (If it wasn’t Montreal), it was going to be Washington, or Philadelphia, or a challenge like that. We have a lot of experience, I’ve never heard of an easy series. Look at Tampa from last year.

“It’s a great challenge for our team right off the bat.”

Next up, the NHL will go through its own process before an official announcement is made about next steps in the coming days. But the players’ vote lends a promising air of hope to the idea that the 2020 Stanley Cup may yet be awarded this summer.

Is Digital Delivery The Future Of Sports Broadcasting?

We Must Use Cars Less, Says U.K. Transport...

This Week’s ‘Shooting Stars’ Are The Best Until...