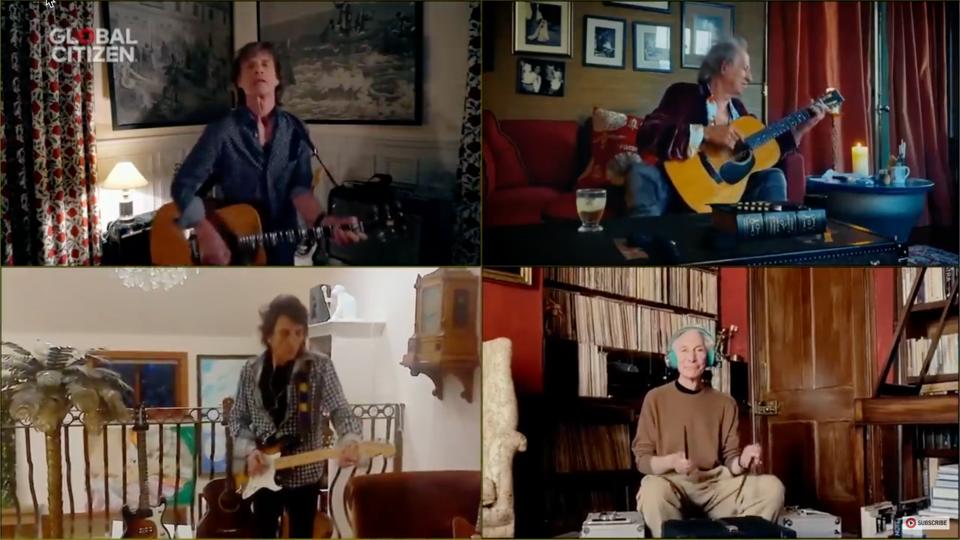 I didn’t catch much of the One World: Together At Home concert last night, but I did manage to see the one most important part of the entire evening, the one moment that haunted me into the wee hours of the morning, the thing that everyone is still talking about this morning.

Just what the hell was Charlie Watts, drummer for the Rolling Stones, playing last night during their performance of “You Can’t Always Get What You Want?”

If you haven’t seen it yet, you owe it to yourself to take five minutes out of your day to check it out. It’s a fantastic performance from a band who obviously hasn’t let age or distance dull their musical chops.

Mick Jagger kicked things off as Keith Richards and Ronnie Wood dropped in as their parts started in the slow-burn opening of the song. The surprise was when the camera came up on Charlie Watts who was sitting in his study, drumsticks in hand, surrounded by, not a drum kit, but instead a trio of musical storage cases and a nearby couch.

I’m no drummer, and I’ll admit I’m not a live concert aficionado, but Watts’ performance seemed legit. Despite the fact that there was no drum kit in front of him, the beats synched up with his movements and appeared to be live (i.e. they didn’t simply synch up to the studio recording of the song).

The bright blue headphones (very stylish), something that none of the other gents sported, was another hint that something techy was going on, that he was listening to his performance on some sort of virtual drum kit.

Refusing to accept that Charlie Watts had completely lost it and was just blithely air drumming along to a recording with sticks someone had shoved into his hands, I went down a rabbit hole to try and figure out what was going on. 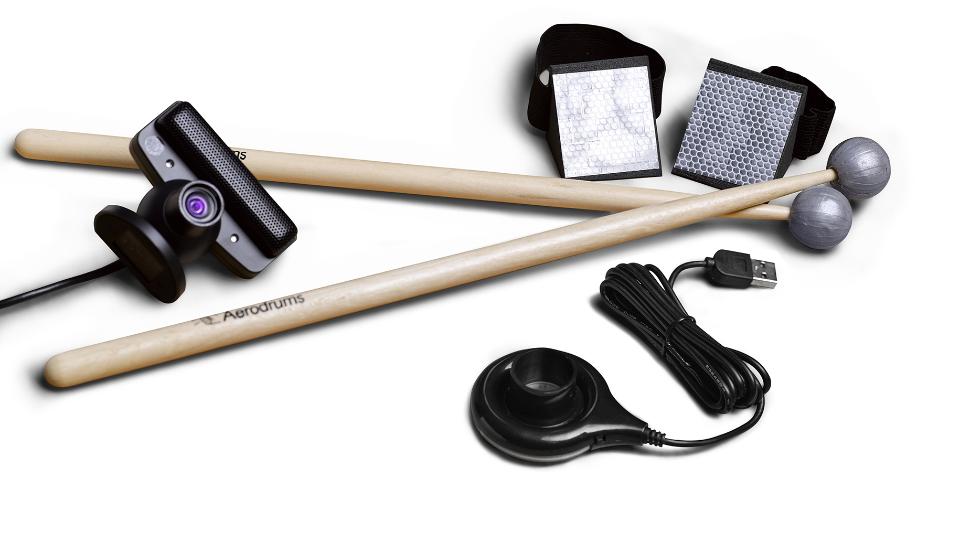 My first stop was Aerodrums. This virtual drum kit replicates a full kit, foot pedals included (I noticed that Charlie’s feet were just as busy as his hands). All you have to do is load the software onto a PC or laptop, set up your virtual set, and point the camera at your performance space. Then it’s just a matter of popping on a pair of headphones and listening to the beats as you tap them out in the air around you.

This seemed like the most likely product, they’re UK-based and the tech seemed to be exactly what Watts was using. Except for the fact that the Aerodrums sticks have large balls on the end that the software tracks with the camera to determine exact placement of the sticks. Looking back at the video, they look like normal drum sticks, no tell-tale balls on the end.

So Aerodrums is out. What next? My next stop was Freedrum. Their complete kit lets you strap two sensors to your drumsticks and two to your feet to replicate a 12-piece kit. They’re compatible with a wide variety of devices and the fact that you don’t need a camera or special sticks made this an early favorite in my hunt. The technology seems to be exactly what you’d need if you were a venerated musician and wanted to use your best sticks for a virtual global performance.

Except. As evidenced by Watts’ little twirls and flourishes, there was nothing, absolutely zero, tech strapped to the drumsticks. Plus, the Freedrum tech requires the sensors to be on the part of the stick that’s actually moving, so they weren’t hidden in his hands either.

So that’s two down. Is it time to admit that maybe Watts really was just playing along to a recording? 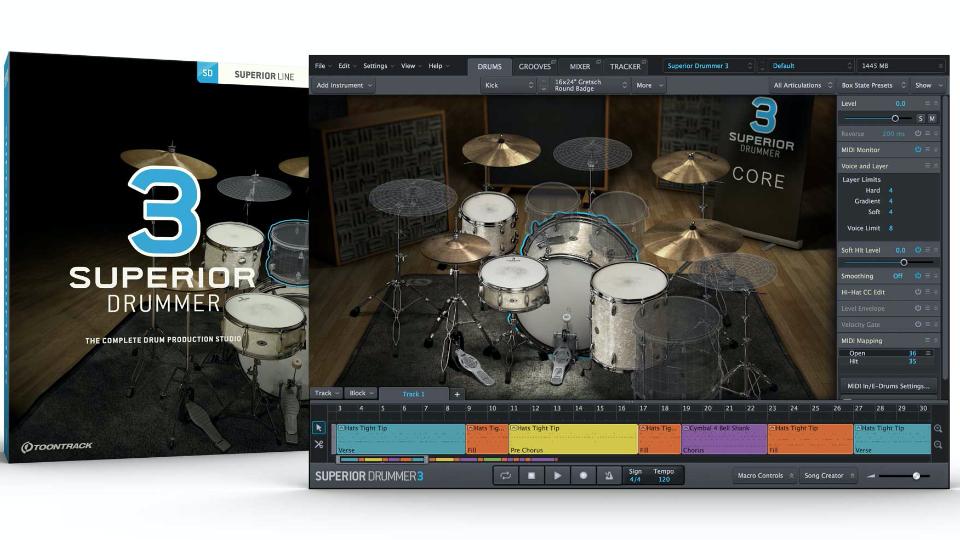 Well, maybe it’s more nuanced than that. A product like Toontrack EZDrummer or Superior Drummer would let an experienced musician like Watts compose an entire drum track that wouldn’t simply be a beat-for-beat copy of a studio performance. And when you consider that the drum line is the heartbeat of any track, the reality of what was going on revealed itself.

While it felt impromptu, like we were just dropping in on musicians at home, Keith Urban’s performance alone should give you all the evidence you need that everyone was prepared well in advance and had been rehearsing for a while.

What’s most likely is that Charlie recorded his drum track weeks in advance, either using a virtual kit or an actual set he has at a studio at home. Then he sent that along to his bandmates so that they could practice their portions.

When Saturday night came along, instead of winging it with an whole new live drum track, he pulled together a drum kit stand in, with storage cases in place to hide his feet (lack of sensors on the feet would be a sure-fire indicator that no live drumming was happening) and give him a bit of verisimilitude while virtually performing along to himself.

So my best guess is that Charlie was indeed air drumming, but that he was simply mimicking his own performance. He was doing what every good drummer does, making sure that his mates at the front of the stage had what they needed to shine.

So maybe it wasn’t the completely “live” performance that everyone was thinking it was, but it was still a very satisfying and authentic rendition of one of rock’s greatest singles. Long live the Stones.

Coronavirus, Economic Meltdown And The World Of Impact: Insights From Lauren Cochran Of Blue Haven Initiative