Breaking
Can Money Protect You From Covid-19? It May...
The Most Important Voice In Artificial Intelligence: Frontline...
Amazon’s Small Business Empowerment Team Is Helping Entrepreneurs...
10 Ways For Entrepreneurs To Power Through Tough...
Will The Cloud Take Down The Mainframe?
How Itamar Medical Stock Could Triple
How To Cash In On Biden’s Stimulus With...
The Refactoring X-Factor Behind Software Modernization
3 Habits Of Millionaires
Will The Stock Market Sell Off As Biden...
Microsoft Reverses Xbox Live Gold Price Increase Following...
Weekend Favs January 23
FDA Approves First Monthly Injections To Treat HIV
Low Volatility Investing Works In China Too
How 2020 Introduced Big Technology Startup Opportunities
Apple Loop: Stunning iPhone 13 Decision, Shock New...
Home Business What The Texas Rangers See In Kyle Gibson
Business 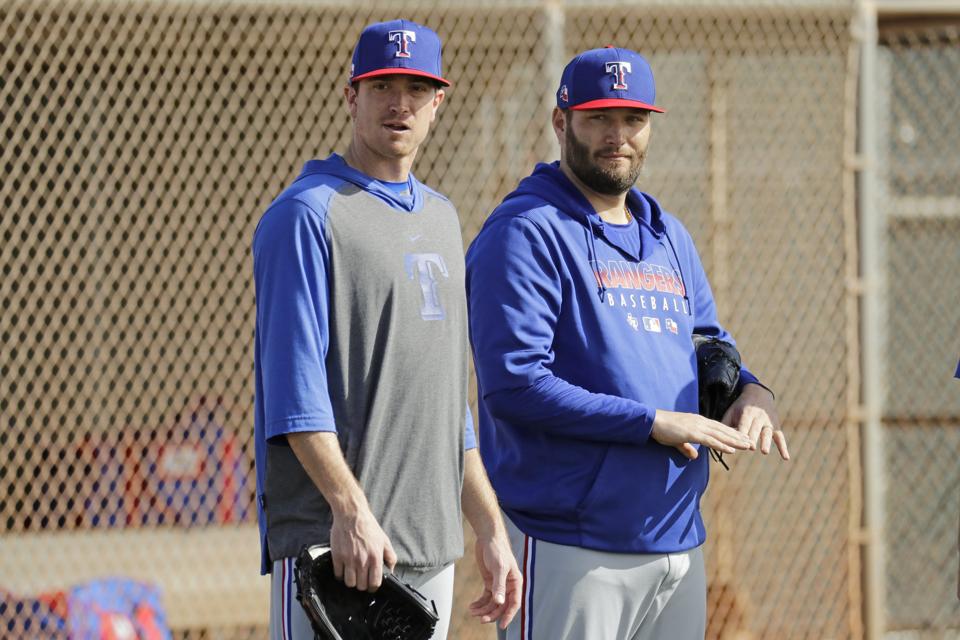 While you, a responsible person, are at home, bending the curve, let’s look at some other people who get by on the bendiness of their curves and other pitches. The Texas Rangers suddenly have a type: mid-career pitchers who have shown promise but may be coming off an uninspiring year and will sign a three-year deal worth around $30 million. They have found two excellent pieces of their rotation this way, in Lance Lynn and Mike Minor, and now they’re hoping to strike again with their offseason signing of Kyle Gibson.

Gibson looks at first glance like rotation filler – his 4.84 ERA last season was only a third of a run higher than his career average, and he’s never had a season where he looked like an ace. At 32, he looks like a pitcher you don’t mind having in the fourth spot of your pitching rotation, but not someone who elicits midday texts between Ranger fans: “we just got KYLE GIBSON!”

Then again, the same could have been said at the time when the Rangers signed nearly identical deals with Mike Minor before the 2018 season (three years, $28 million) and Lance Lynn (three years, $30 million). Both Lynn and Minor improved once they reached Texas, and we can get a hint at what the Rangers look for by perusing some leader boards.

Let’s take a look at how often batters make contact against these Ranger pitchers in and out of the zone. The best pitchers at avoiding contact in the zone are some of the best pitchers in the game. The 2019 top ten among pitchers with at least 150 innings includes Gerrit Cole, Lucas Giolito, Justin Verlander, Max Scherzer and Luis Castillo. Right next to each other at 13th and 14th on the list are Lynn and Minor. Gibson, however, is 61st among 75 pitchers. Hopping over to the lowest contact rates outside the strike zone, however, and we again see some of the best names in baseball (Cole, Castillo, Scherzer, Verlander, Giolito and also Shane Bieber, Patrick Corbin, Charlie Morton, Clayton Kershaw), and just after Kershaw at 13th: Kyle Gibson. Lynn and Minor are middle of the pack on that metric, at 31st and 46th respectively.

Looking at Gibson’s strikeout and walk rates, 2019 was his best ever: he had a career high strikeout percentage of 22.7% and his second-best walk rate – 7.9%. Why didn’t that translate into better results? By FIP he should have had a roughly league average ERA (4.26) and by xFIP, he makes it all the way down to 3.80 – a full run better than his actual ERA.

The major culprit is his left-on-base rate. He stranded just over two-thirds of the runners who reached base against him, and significantly lower than the 72.3% league average. He probably got at least a little unlucky there and he might see better fortune on balls in play as well. (Gibson’s BABIP history is quite strange. In his six full seasons, he has stayed tightly within two ranges: he has had three seasons with a BABIP between .285 and .287 and another three between .328 and .330, and he bounces between these ranges with no discernible pattern.)

Whenever baseball resumes (which will happen, one day), the Rangers will play in a domed stadium, which should be more neutral than their previous park, which amped up home runs.

If Gibson can find a little more spin, a craftier pitch mix or just some better luck, he could be another sneaky buy by the Texas Rangers, who have found a clever way to build an effective rotation on the cheap.