Biologists are always learning new information about the genetic makeup of different species. At the end of last year, a group of researchers based in different labs in China, Belgium and the United States announced that they had sequenced the genome of the water lily. The DNA of a water lily holds information about water lilies themselves, but it also paints a bigger picture in the context of all flowering plants. 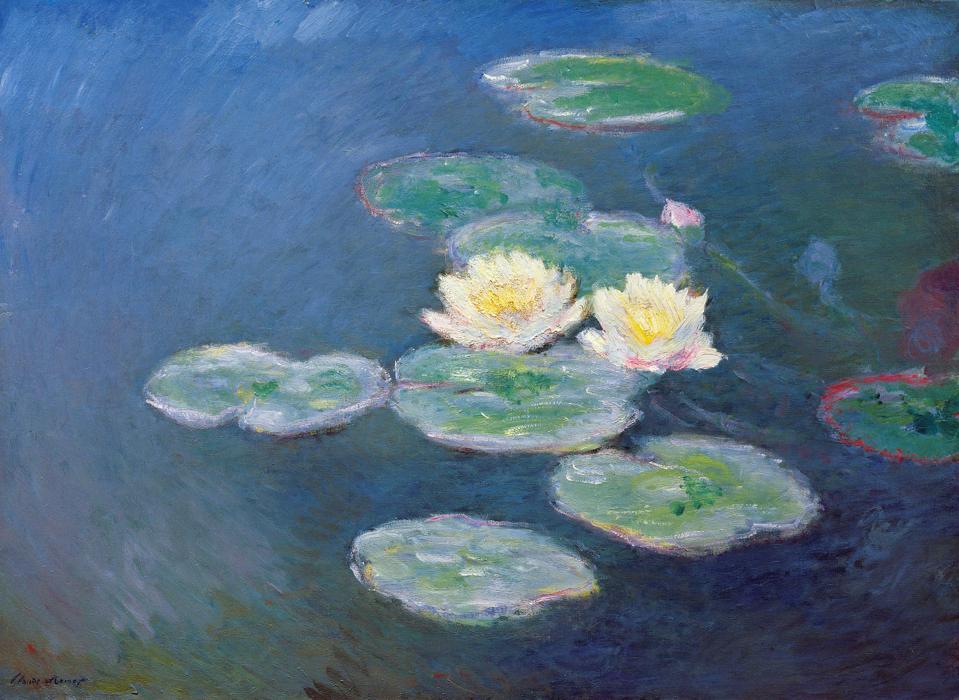 Thinking about water lilies and painting pictures immediately brings to mind Monet, who created about 250 paintings of water lilies from the late 1890s until his death in 1926. Like the water lily genome, Monet’s water lilies are about more than the floating plants themselves.

Monet was among the group of Impressionist artists, whose work was characterized by quick brush strokes that give an impression of a scene, but don’t show all the minuscule details. The Impressionists often worked outside, to capture scenes and sights as they happened. Monet painted his water lilies while standing next to the pond at his house in Giverny, France.

Genome sequencing can tell scientists where the genes are in the genome, and approximately how many genes there are, but it doesn’t explain what all of these genes do. Even though the human genome was completed in 2003, we still don’t know everything about all of our genes. We haven’t even figured out exactly how many human genes there are! The water lily appears to have more than 31 thousand genes at first count (more than humans have), but what all of these genes do is not yet clear. Like Monet’s water lilies, the genome is an impression of what the plants are like, but it doesn’t tell you everything about them yet.

But biologists do know that water lilies hold a unique place in the evolutionary tree of plants. They diverted from other related plants during the age of the dinosaurs, and have characteristics in common with both flowering plants and flowerless plants. By comparing the water lily genes to those of other plants, botanists can get a better understanding of which plant genes are very important for plant evolution and development (likely the ones that have not changed much between species) and which hold more specific information to individual species. That kind of information is useful for agriculture and conservation research, for example.

The waterlily genome doesn’t just describe the water lily itself, but many other plants as well. Likewise, Monet’s water lily paintings are usually considered as being part of larger groups: They don’t stand alone, but the collection of all of his water lily paintings belong together, and form an important part of the larger Impressionist movement.

Over the years, Monet started “zooming in” on the waterlily pond. In some of the later paintings, the horizon is completely gone, and the pond takes up the full frame. Standing close to one of these paintings, the waterlilies are often just a single brush stroke. On their own, they’re not a waterlily, but they become one once you step back and look at the entire picture. 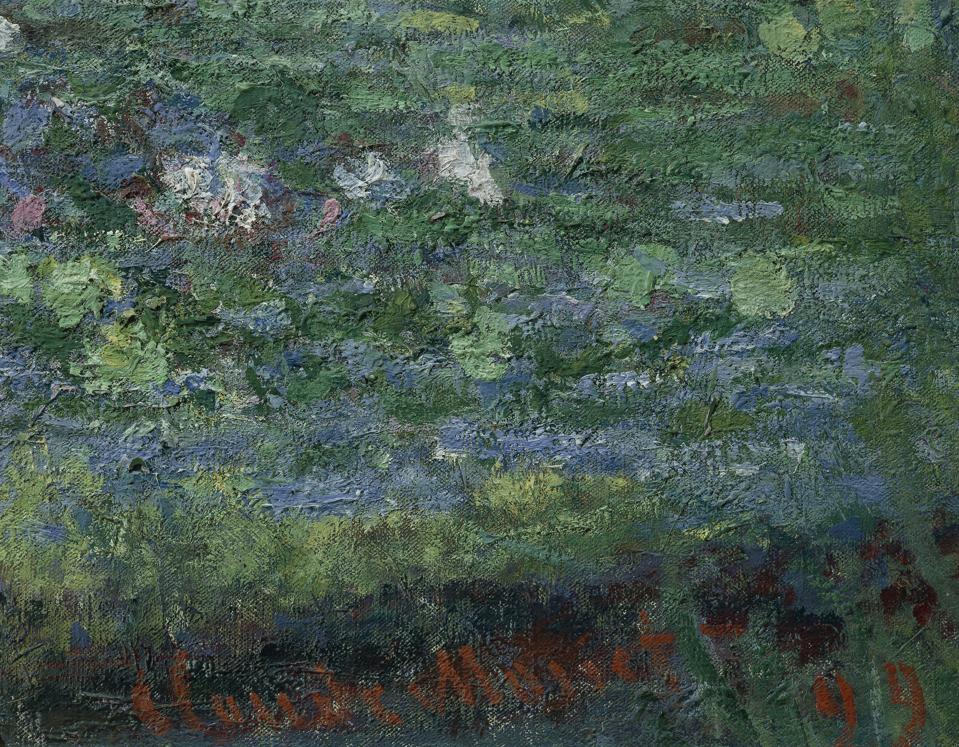 The brush strokes and composition of Monet’s Water Lilies also hold some clues to Monet’s health. Near the end of his life, his vision was affected by cataracts. Art historians and ophthalmologists have suggested that the style of some of his more abstract water lily paintings is directly related to his loss of vision. There is a story behind the brush strokes that isn’t immediately obvious just from looking at the paintings.

Just like a brush stroke on its own does not represent the full painting, a genetic sequence alone does not tell you everything about an organism. To put it in context, you need to compare it to the genomes of other species, or learn more about how the DNA sequence of the genes relates to their function, or how the genes interact with each other and with the DNA in between the genes.

Like an impressionist painting, knowing a genome gives you a more complete picture if you step back and consider the context.

A Female Founder’s Take On The Tragic Loss...