Breaking
Meet Onesimus, The Enslaved Man Who Saved Boston...
How to Build a Sales Forecast Model
The Unexpected Ways COVID-19 Has Forever Changed What...
Google Posts: Conversion Factor — Not Ranking Factor
How To Bring Your Branding To Life
Coinbase Cofounders And Investors Poised To Rake In...
How To Stay Top-of-Mind For Your Audience With...
Employers: Eight Red Flags You May Not Notice...
The benefits of videoing in the automotive industry
Ted Lasso, Other Apple TV+ Shows Arriving Soon...
How To Incorporate Click And Collect Into Your...
What Are Working Capital Loans and When Should...
The 10 Biggest Trends in Entrepreneurship to Look...
Clubhouse Has Grown 10X In Two Months. Here’s...
Here’s Why Tyson Foods Stock Looks Undervalued At...
How To Maintain Client Relationships During Long Projects
Home General What’s Next After Mars? The 8 Spectacular Space Missions In 2021 You’ve Not Heard Of Yet
General

What’s Next After Mars? The 8 Spectacular Space Missions In 2021 You’ve Not Heard Of Yet 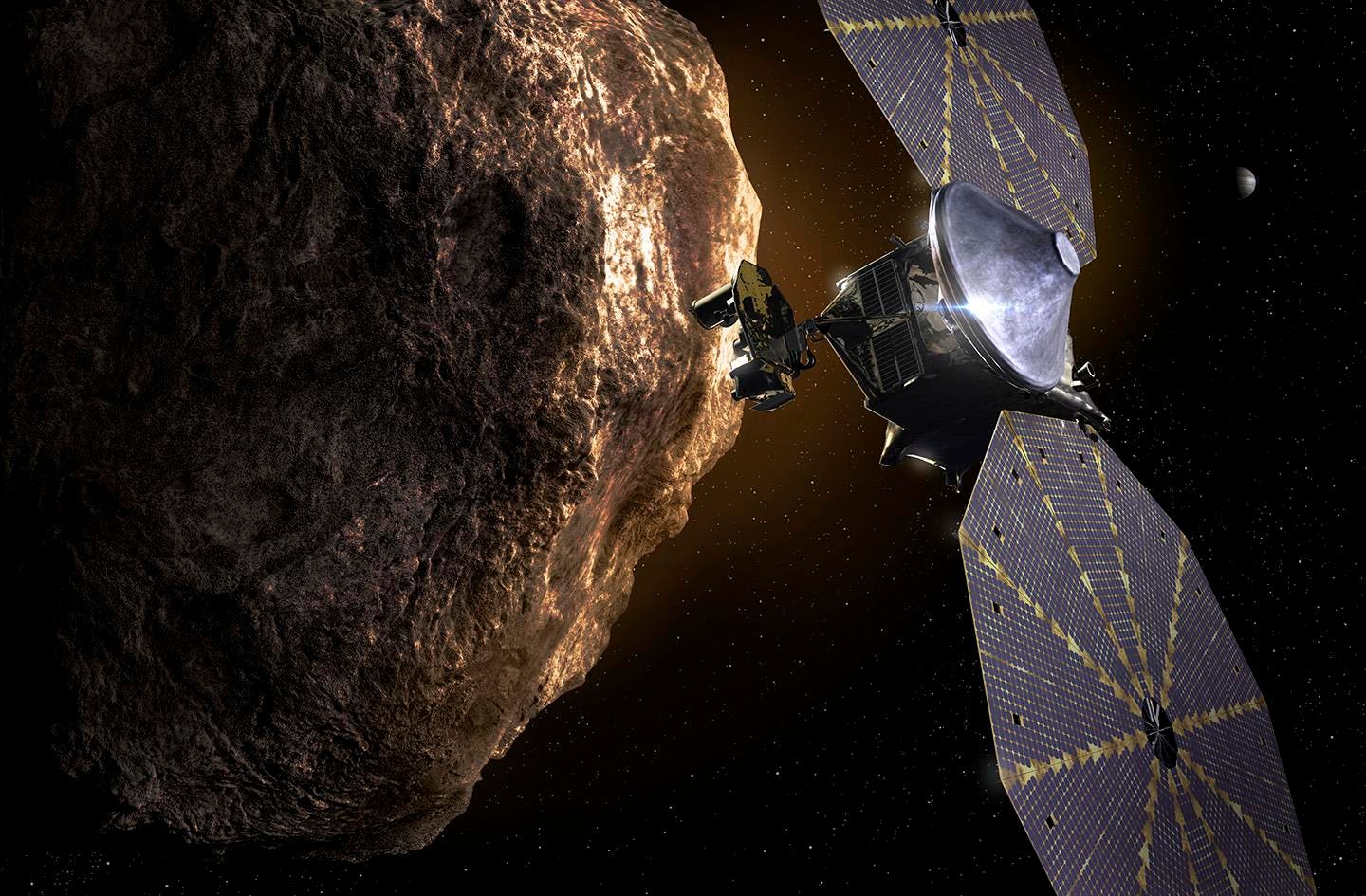 Three space missions from the UAE, China and NASA have now arrived at Mars. “Hope,” “Tianwen” and “Perseverance” may have reached the Martian system and are now poised to explore it, but what happens next for space missions in 2021?

Try this: NASA returning to the Moon’s surface, construction of a new Chinese space station, the first-ever mission to smash into an asteroid—and a nervy launch of humanity’s most expensive and important space telescope yet?

Here’s everything you need to know about eight spectacular space missions planned to launch in 2021:

Even as Tianwen-1 orbits Mars and readies its rover, China could be launching the first parts of a massive space station. Tianhe (“heavenly river”) will be the first of six quick-fire missions to finish the Chinese space station by 2022, some of which will carry taikonauts (Chinese astronauts). This first module with lift-off from Wenchang Spacecraft Launch Site on the island of Hainan on a Long March-5B Y2 rocket.

2. NASA returns to the Moon

To make its flagship Artemis program of Moon missions successful NASA needs to send a bunch of cheap, but risky science experiments to the Moon’s surface. First up in NASA’s Commercial Lunar Payload Services is Peregrine Mission 1, built by private company Astrobiotic. Its Peregrine Lunar Lander will take 14 payloads to Lacus Mortis, a large crater on the near side of the Moon. It will launch on United Launch Alliance Vulcan Centaur rocket from Cape Canaveral, Florida.

What would we do if we knew a near-Earth object (NEO) was headed for Earth? Could we deflect it? Seeking to find out is the Double Asteroid Redirection Test (DART), a mission from NASA and the European Space Agency (ESA) to crash into a binary asteroid called Didymos and Didymoon that will pass close to Earth in October 2022. The idea is to use a technique called “kinetic deflection” on Didymoon, essentially by crashing a 500kg spacecraft into it, and in doing so slightly change its trajectory. DART will launch on a SpaceX Falcon 9 rocket.

Also due to launch on a SpaceX Falcon 9 from Cape Canaveral is NASA’s IM-1, a 14-day mission that will see the Nova-C lander touchdown near a collapsed lava tunnel in Lacus Mortis—the “Lake of Death”—a large crater in the Moon’s Ocean of Storms. Part of NASA’s Commercial Lunar Payload Services (CLPS) program and designed by private company Intuitive Machines, IM-1 will also test a precision-landing system.

5. A journey to Jupiter’s Trojan asteroids

“Lucy” will be the first-ever spacecraft to explore Jupiter’s Trojan asteroids—ancient small bodies that orbit behind and ahead of the giant planet. Its 12-year mission will go something like this: get close to a small asteroid called 52246 Donaldjohanson in the Main Asteroid Belt (between Mars and Jupiter) in 2025 before visiting five Trojans in 2027 and 2028, then swinging back around Earth on its way to a final Trojan in 2033. It’s thought that the Trojans could hold clues to understanding the early Solar System and give clues about the origins of Earth’s organic material.

MORE FROM FORBESA Year Today Will See An $8.8 Billion Bet On A Cosmic Scale. Prepare To Hold Your BreathBy Jamie Carter

Astronomy’s long-awaited and much-delayed new flagship space telescope is, at last, on the cusp of flight. A generation in the planning, and costing about $8.8 billion, the JWST or “Webb” is rated as 100 times more powerful than the Hubble Space Telescope. Its sunshield will be arranged origami-style inside a fairing atop an Arianespace Ariane 5 rocket that will depart from the European Spaceport’s launch complex in Kourou, French Guiana. Its mission? Observe the first galaxies, directly image exoplanets around saint stars, and generally change everything we know about the cosmos.

MORE FROM FORBESFrom Apollo 11 To Artemis 3: Here’s NASA’s Mission Timeline For Putting Humans Back On The MoonBy Jamie Carter

NASA wants to go back to the Moon by landing the first woman and the next man on its surface in 2024 as part of the Artemis-3 mission. That’s ambitious, but the Biden administration seems keen, so it’s go for now. In preparation, Artemis-1 is an uncrewed flight test mission that will see the first test of the Orion spacecraft, European Service Model (ESM) and NASA’s Space Launch System (SLS)—the most powerful rocket in the world (but so far untested). It will launch from Complex 39B at NASA’s Kennedy Space Center, orbit the Earth, then Orion and the ESM will fly to the Moon and enter an elliptical orbit that takes them from 62 miles above its surface to 40,000 miles beyond it. It will splashdown off Baja, California.

8. India’s second attempt to land on the Moon

India’s budget Chandrayaan (“mooncraft”) missions to the Moon are back. After having found water on the Moon with 2008’s Chandrayaan-1, Chandrayaan-2 crashed into the Moon in 2019. Cue Chandrayaan-3, a repeat mission that see a lander and a rover sent to land on the Aitken basin at the Moon’s south pole.

GME Saga Dissected In The House Committee On Financial Services