Breaking
Do You Know If You’re Prepared For Retirement?
The Amazfit GTS 2 Mini May Be One...
Hotelier/ Billionaire Philanthropist Jonathan Tisch: What A Hospitality...
More Entrepreneurship, Less Recidivism Among The Formerly Incarcerated
Do S&P 500 Investors Really Want To Buy...
Small Business Burnout? Use This Time To Rest,...
7 Native American Inventions That Revolutionized Medicine And...
Cannabis Industry Expects A Green Christmas
How Small Businesses Can Survive The Growing Pandemic
Check These ‘Risky’ iPhone 12 Security Settings Now—Here’s...
Five Key Findings From The Highly-Anticipated ‘Future Of...
How To Pivot A Customer-Facing Hospitality Business Into...
How To Be A Better Leader For 2021
iPhone ‘Weak Security’ Wi-Fi Warning: Here’s What It...
Stock Market: ‘Fundamental-Lite’ Speculation Is Here – It’s...
Green New Deal Goes Global Despite Greta Thunberg’s...
Home Finance What’s Next For West Pharmaceutical Services After An 80% Rally?
Finance

What’s Next For West Pharmaceutical Services After An 80% Rally? 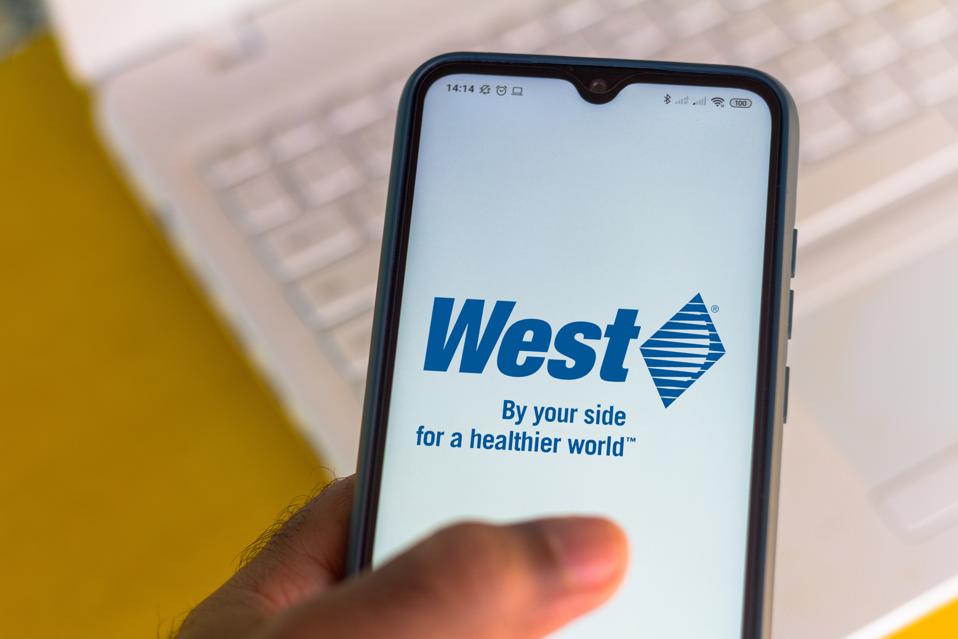 The stock price of West Pharmaceutical Services (NYSE: WST), best known for injectable pharmaceutical packaging and delivery systems, has rallied around 78% over recent weeks (vs. about a 40% gain in the S&P 500) to its current level of $230, after falling to a low of $129 in late March as a rapid increase in the number of Covid-19 cases resulted in heightened fears of an imminent global economic downturn. With the current recovery, WST stock has not only fully recovered to the levels seen in mid-February, when the markets peaked, but rallied much further. Is the recovery warranted or are investors getting ahead of themselves? We think it is warranted! Our conclusion is based on current stock-specific factors and our detailed comparison of West Pharmaceutical Services stock performance vs the S&P 500 and the 2008 Recession. Parts of the analysis are summarized below.

How Did West Pharmaceutical Services Stock Fare During The 2008 Downturn And What Does It Mean For The Stock This Time Around?

We see WST stock declined from levels of around $18 in October 2007 (the pre-crisis peak) to roughly $13 in March 2009 (as the markets bottomed out) – implying that the stock lost as much as 24% of its value over the 17 month period. This marked an outperformance compared to the broader S&P, which fell by about 51%.

While WST stock staged a strong recovery post the 2008 crisis, with the stock rising to about $18 in early 2010 – marking a full recovery to the levels seen in Oct 2007. In comparison, the S&P fared worse with its losses from the pre-crisis peak standing at about 27%.

Keeping in mind that WST stock lost over 26% of its value between the market peak on February 19 this year to the low on March 23 and it has already bounced back 78% since then. This means that the stock has actually gained over 31% from the pre-crisis highs, while the S&P remains about 5% below its pre-crisis peak.

Is The Recovery Warranted & Can We Expect Further Gains?

The rally across industries over recent weeks can primarily be attributed to the U.S. government’s fiscal stimulus and lower interest rates, which have made stocks attractive to investors once again. The gradual lifting of lockdowns globally has also helped the demand for some non-essential goods recover.

There were some specific levers for WST stock as well – as the demand for drug delivery systems and injectable packaging has increased in the wake of the Covid-19 pandemic. The company posted a strong Q1 with 11% organic sales growth and reaffirmed its 2020 guidance, sparking confidence in investors.

As such, the recent gains may stick for the stock, and the rally could extend further given the demand for vaccines (due to Covid-19) will increase over the coming years, and the company has a strong foothold in vaccines delivery (packaging). Looking at fundamentals, WST revenues have grown 29% from $1.4 billion in 2015 to $1.8 billion in 2019, while its earnings grew at a much faster pace from $1.33 to $3.27, led by margin expansion. Looking forward, the company expects demand for its products to remain high, which will likely bode well for its stock as well. As lockdowns are lifted and investors could begin to focus on the company’s performance in 2021 and onward, the positive impact on its business from Covid-19 and improved margins could potentially drive WST stock upward in the near term.

While WST stock looks like it can gain more, which S&P 500 component stocks have the best chance of outperforming the benchmark index? Our 5 In the S&P 500 That’ll Beat The Index: TWTR, ISRG, NFLX, NOW, V look promising.