What’s The Impact Of Artificial Intelligence And Technology On Society

What do we need to consider about a future where artificial intelligence (AI) and tech have transformed the way we live? That was exactly what we pondered when I recently spoke with Jamie Susskind, barrister, speaker and award-winning author of Future Politics: Living Together in a World Transformed by Tech. 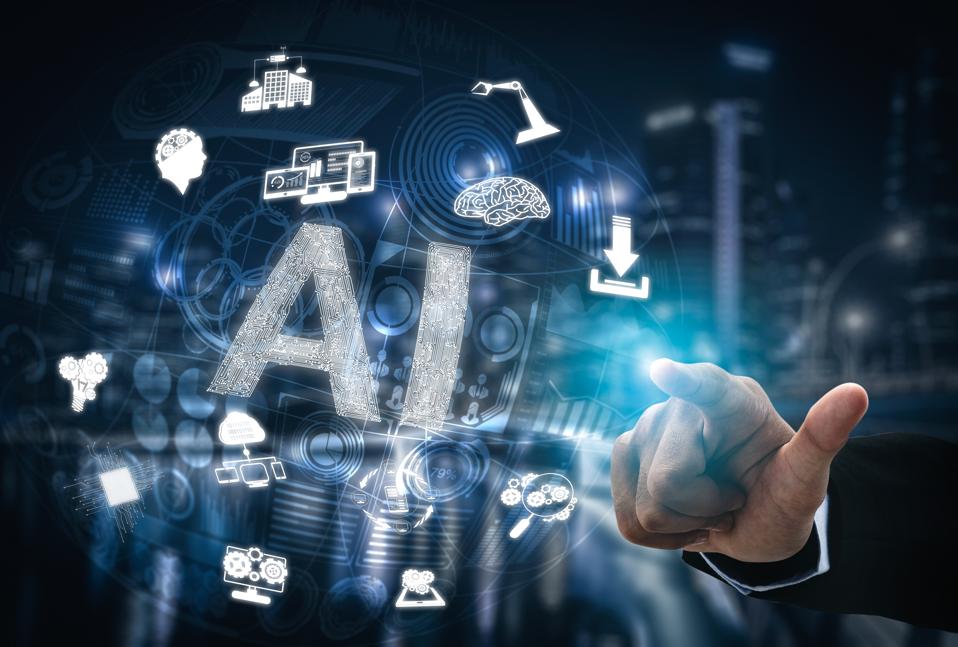 What’s The Impact Of Artificial Intelligence And Technology On Society

Trends That Are Changing Civilization

Technology is changing society. Digitization is challenging the way we live. These changes create conveniences and ways of problem-solving that were never possible before. Along with the positives, there are also challenges that need to be overcome.

Here are three trends that are taking us to a phase of civilization that’s quite different than anything that’s come before.

“This line between online and offline, real space and cyberspace is one that will become less important and less meaningful as time goes on. Systems are becoming more capable and more integrated into the world around us,” Susskind explained. It used to be very easy to distinguish between technology and non-technology. Today and increasingly in the future, technology will be dispersed in the world around us in objects and artifacts that we never previously thought of as technology such as smart homes with smart appliances and in public spaces in smart cities dense with sensors.

“We generate more data now every couple of hours than we did from the dawn of time to 2003. What that means is that when that data is caught, captured and sorted those who own it and control it have an insight into our lived experience beyond anything that anyone in the past could ever have dreamed of into what we think, what we care about, how we feel, where we go, what we buy, who we speak to, what we say, what we do on any given day, who we associate with. We leave a trail of these things which offers a window into our soul both individually and collectively that dwarfs anything that the philosophers or the kings or the priests of the past could have dreamed of,” Susskind explained.

These three trends are accelerating, and it seems highly unlikely that we as humans are going to be unchanged in the way we live together as a result of them. We’ve never had to live alongside such powerful non-human systems. We’ve never known what it’s like to be surrounded by technology that’s never switched off. We’ve never been in a world where our lives are datified to such as extent. In his book, Future Politics, Susskind examines these changes and proposes what we might need to do, theorize and think about regarding these changes as a society.

“The Digital is Political”

“The digital is political. Instead of looking at these technologies as consumers or capitalists we need to look at them as citizens. Those who control and own the most powerful digital systems in the future will increasingly have a great deal of control over the rest of us,” Susskind predicts.

Technologies exert power. They contain rules that the rest of us must follow and those who write the rules increasingly have a degree of power. In our society there are two major benefactors of technology and who wield this power: governing bodies that can use technologies and surveillance for enforcement of rules and large corporations, specifically tech companies or companies who use a lot of tech and are increasingly writing the “rules” we must abide by (think the 280-character limit on Twitter).

By gathering data about our preferences, browsing history and more other people have power over us. They know what makes us tick and they know our “carrots” and “sticks.” In the example of Cambridge Analytica and the 2016 U.S. presidential campaign, the company had a couple of thousand data points about 200 million Americans. This enabled them to project an image of a candidate that was tailored to the preferences and prejudices and biases at an individual level.

Bottom line: The more data that is gathered about us, the easier it is for others to persuade, influence and manipulate us. In addition, just knowing that data is being gathered about us is likely to change our behavior. Many people don’t understand the level of surveillance that’s already going on. As more people become more cognizant of the fact that we’re always being watched, Susskind believes that people will start changing their behavior. This is a kind of power itself, albeit subtle but important.

We currently rely on third parties to tell us what is going on in the world and those third parties are more often than not mediated by digital technology. When we get our news from a newsfeed we’re at the mercy of those technologies who decide which very small slice of reality we’re going to be presented. We must acknowledge that those who own and control the technologies that filter our perception of the world are very, very powerful because they shape our innermost feelings and our soul as well as our collective understanding of what matters.

Power cascades onto other simple political concepts like democracy. How we deliberate online changes the democratic process. There are also questions of freedom. What does it mean to live in a world when rules are set often not by states but private companies and often in ways that aren’t liberty maximizing?

Thinks about justice. What’s it going to be like living in a world where your access to important things like jobs, insurance or credit might well be mediated by algorithms which are themselves not necessarily as fair as morality or the law would like them to be? As an example, there have been face recognition systems that don’t see people of color because they were trained on datasets of white people. Similarly, voice recognition systems can struggle to understand voices with accents. Previously these kinds of problems were seen as engineering problems or corporate problems, but Susskind sees them as political problems.

While individuals have the power to improve digital hygiene, one person by their individual actions doesn’t have the power to sway these issues. These are problems that can only be solved through collective means and mechanisms. Susskind believes if you want the rules of the game to be changed for everyone, then law, legislation and regulation are the only way to do it.

“It’s a call to action at a level which will make some people uncomfortable particularly in the United States because some are skeptical about the state trying to correct issues that are thrown up by private ordering but I think is necessary,” Susskind shared.

Although some are reticent to trust governments to establish regulations and boundaries for technology, Susskind believes we must have some faith in politics if we’re going to make sure we don’t live in a world where we’re not fundamentally buffeted around by forces that are effectively invisible and out of our control because they are concentrated in private hands.

Tech companies are led by humans who have the pursuit of profits as a goal in a capitalist society. While there is nothing wrong with that, we designed political systems to hold them to account for when they slip up. That’s precisely why the political steps we take are critical in a world transformed by technology.

The Airlines Most Likely To Lose Your Luggage In The U.S.