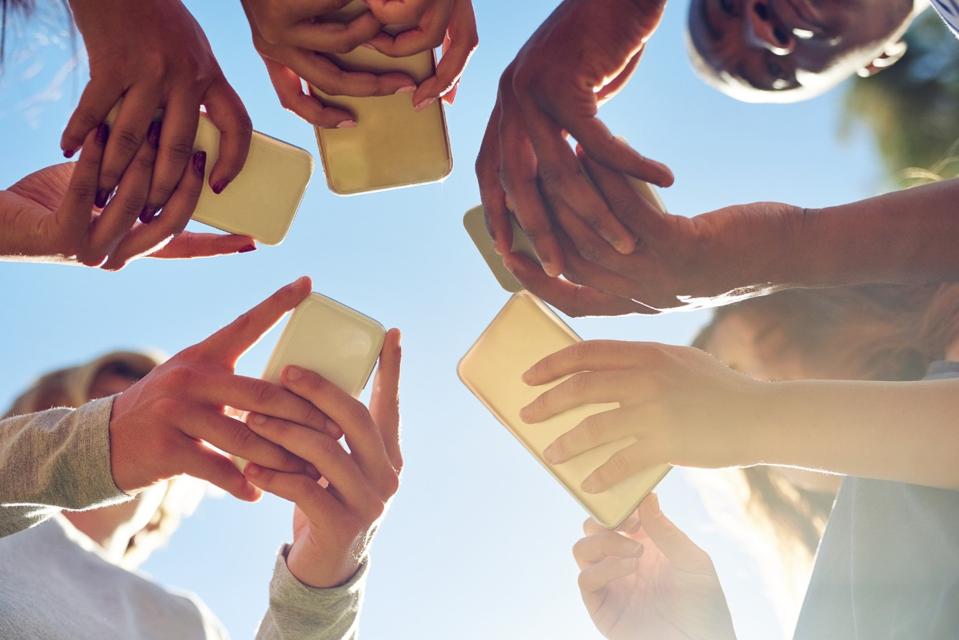 Facebook (FB) enters Wednesday afternoon’s earnings release with what seems like the same-old-same-old clouds hovering over it. They range from government investigations to privacy protections to political brouhaha that’s of particular interest now as the 2020 election season creeps up.

Still, many FB investors appear to continue to support the company’s mission to “bring the world closer together” by investing in its stock no matter what the headwinds or even the company’s words of caution might be—if share appreciation is any indication. The stock’s returns easily beat the S&P 500 Index (SPX) over the last year. At one point about a year ago when the company was embroiled in controversy over privacy, some people might not have expected such a quick recovery.

Shares recently traded near $217, up from under $150 a year ago. It hit all-time highs above $220 earlier this month and finally eclipsed its mid-2018 high of around $210 that happened before all the controversy really started to weigh.

That doesn’t mean FB is out of the woods, however. Back on October’s Q3 call, CEO Mark Zuckerberg raised red flags about the election season, saying, “Over the next year of campaigns, we’re going to be at the center of the debate any time there is content or policy on any of our services that people believe could advantage or disadvantage their side,” he said.

“This may lead to more investigations and the candidates are going to criticize us,” he said, adding, “I expect that this is going to be a very tough year.”

The company reports after Wednesday’s close, and once again Zuckerberg’s words are likely to be center stage as he’s expected to discuss not just the election and its impact on FB, but also the latest on ad revenue growth, What’sApp and a host of other issues.

Does Anybody Really Care about $5 Billion?

But investors have mainly seemed to ignore the noise since the Cambridge Analytica scandal sparked the call for better privacy protections and stronger controls over manipulative miscreants.

Instead, it looks like investors tend to focus on how the company is making money and its plans to continue to do so in the future. As advertising revenues for Facebook and Instagram and monthly user figures continued to climb, so has FB stock.

Shares have handily outpaced the broader SPX nearly twofold on a year-over-year comparison. The stock price has advanced more than 50% over the last 12 months, while the SPX has gained nearly 26% in value (see figure 1 below). 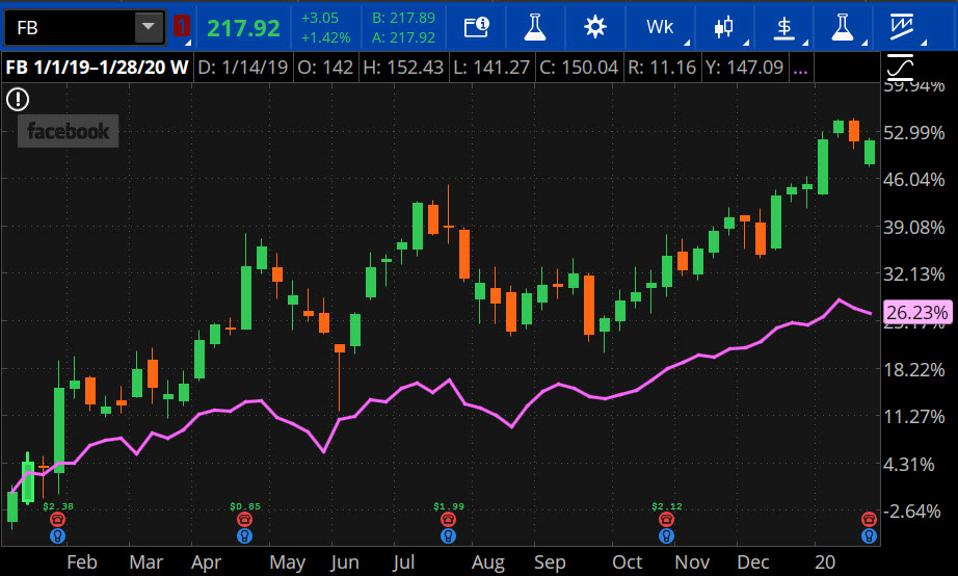 This can’t be said enough, however: Past performance is no guarantee of future results. No matter how rosy everything might look, it’s always crucial to keep that in mind.

“Ongoing momentum in FB’s advertising business, supplemented by the introduction of new business-manager tools that streamline the creation of audience-specific ads and optimize outcomes, should help drive results above consensus,” according to a recent report.

“We believe the sum of the parts are worth much more than Facebook is valued today,” White wrote in a recent note to clients.

What’s Behind the FB Curtain?

Whether that’s believable or not is debatable, but there are a few issues that FB investors might want to look closer at when the social media behemoth opens its books:

●    Ad growth deceleration. Ad revenue, which accounts for some 98% of FB’s total revenue, climbed 28% in dollars in Q3, matching Q2’s increase. On the Q3 conference call, Chief Financial Officer Dave Wehner said FB expects “a more pronounced deceleration” of revenue growth, by a “mid-to-high single-digit percentage compared (with) our Q3 rate.” That implies an increase of 20% to 25% vs. 24% based on average analyst expectations.

●    What’s up with WhatsApp? A prevalent FB messaging platform that had plenty of promise when FB forked over $22 billion for it in 2014 is no longer in the revenue-generating business, according to a Wall Street Journal article earlier this month. That has some analysts such as Canaccord Genuity’s Maria Ripp guesstimating:

“Facebook has yet to find ways to meaningfully generate revenue from the service, leaving a large untapped opportunity for the social networking giant,” she said in a recent note to clients. “The company will likely shift its focus to B2C (business-to-consumer) communications, which are one of the most common use cases for WhatsApp around the world, building on the introduction of several business-friendly tools and features over the past two years.”

●    How many users is enough? Facebook has long touted its growing number of worldwide users, which at one point was growing in strong double digits. The more users, the more leverage FB has in adjusting ad prices. But, as is the problem with many companies whose numbers are in the billions, the higher the number, the harder it is to post big percentage growth results.

FB is scheduled to report after the market closes Wednesday. Overall, earnings expectations look pretty favorable, according to an average of all analysts reporting to FactSet. Wall Street anticipates $20.9 billion in revenue, up 23.6% from last year’s $16.9 billion, according to third-party analysts. On a per-share basis, earnings are estimated to reach $2.53, up 6% from the year-ago results.

Options traders have priced in an expected share price move of 4.7% in either direction around the earnings release, according to the Market Maker Move™ indicator on the thinkorswim® platform.

Looking at the Jan 31 expiration, call activity has been high, with concentrations at the 220, 225 and 230 strikes. Put volume has been lighter overall, but with some activity at the 200 strike. The implied volatility sits at the 51st percentile as of Tuesday afternoon.

TD Ameritrade®commentary for educational purposes only. Member SIPC. Options involve risks and are not suitable for all investors. Please read Characteristics and Risks of Standardized Options.

A New Cookware Brand That Reflects The Modern American Family

Bitcoin Is Suddenly Back On The Move

Why Your Index Fund Is Built To Survive...